Could this be the most attractive political meeting in the world? 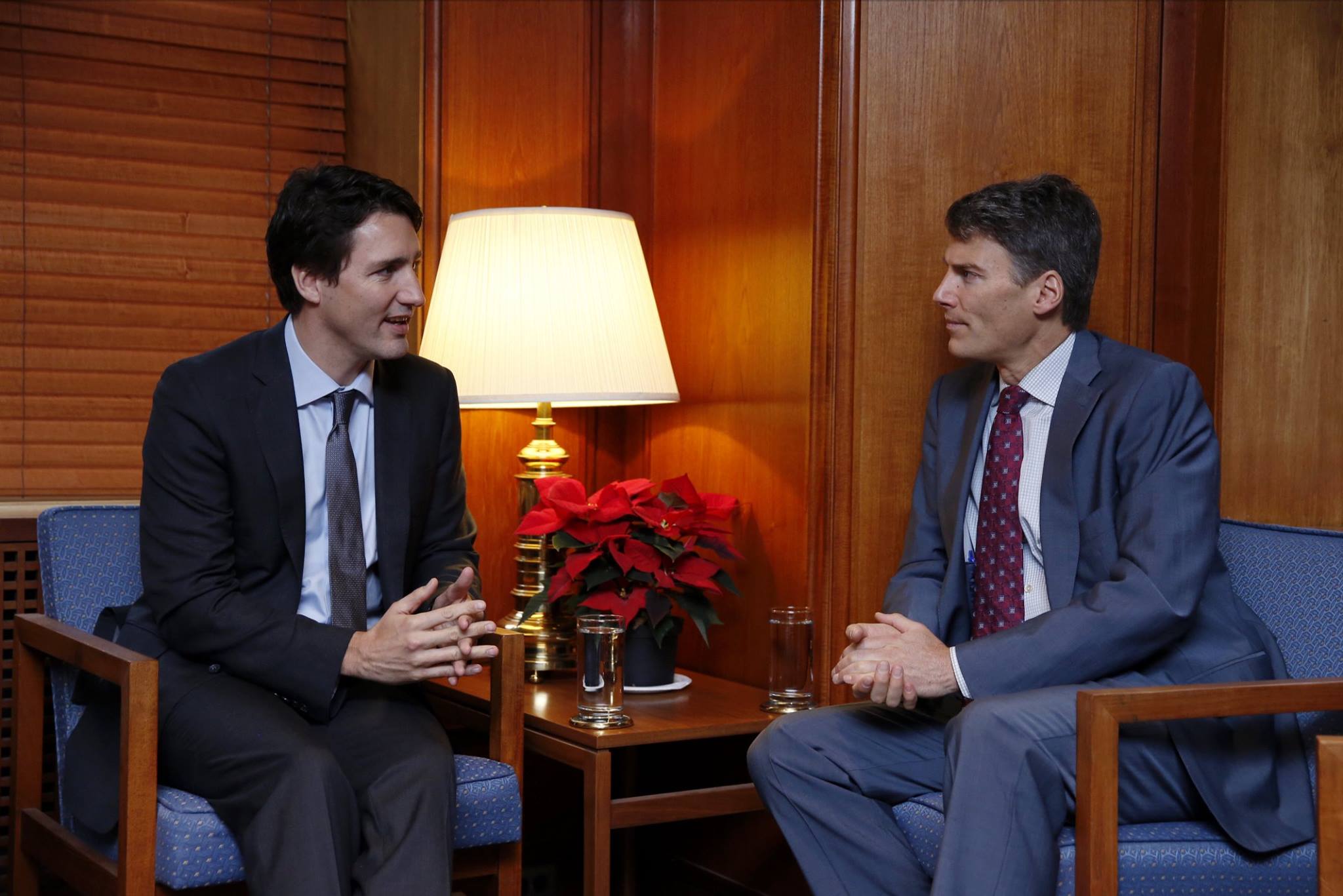 Trudeau and Robertson discussed a 10 year transit plan that includes the construction of the Broadway corridor subway, as well as climate change, affordable housing, the arrival of Syrian refugees, and First Nations reconciliation.

Robertson presented Trudeau with a photo of his father visiting city hall 42 years ago during a press conference after the meeting. 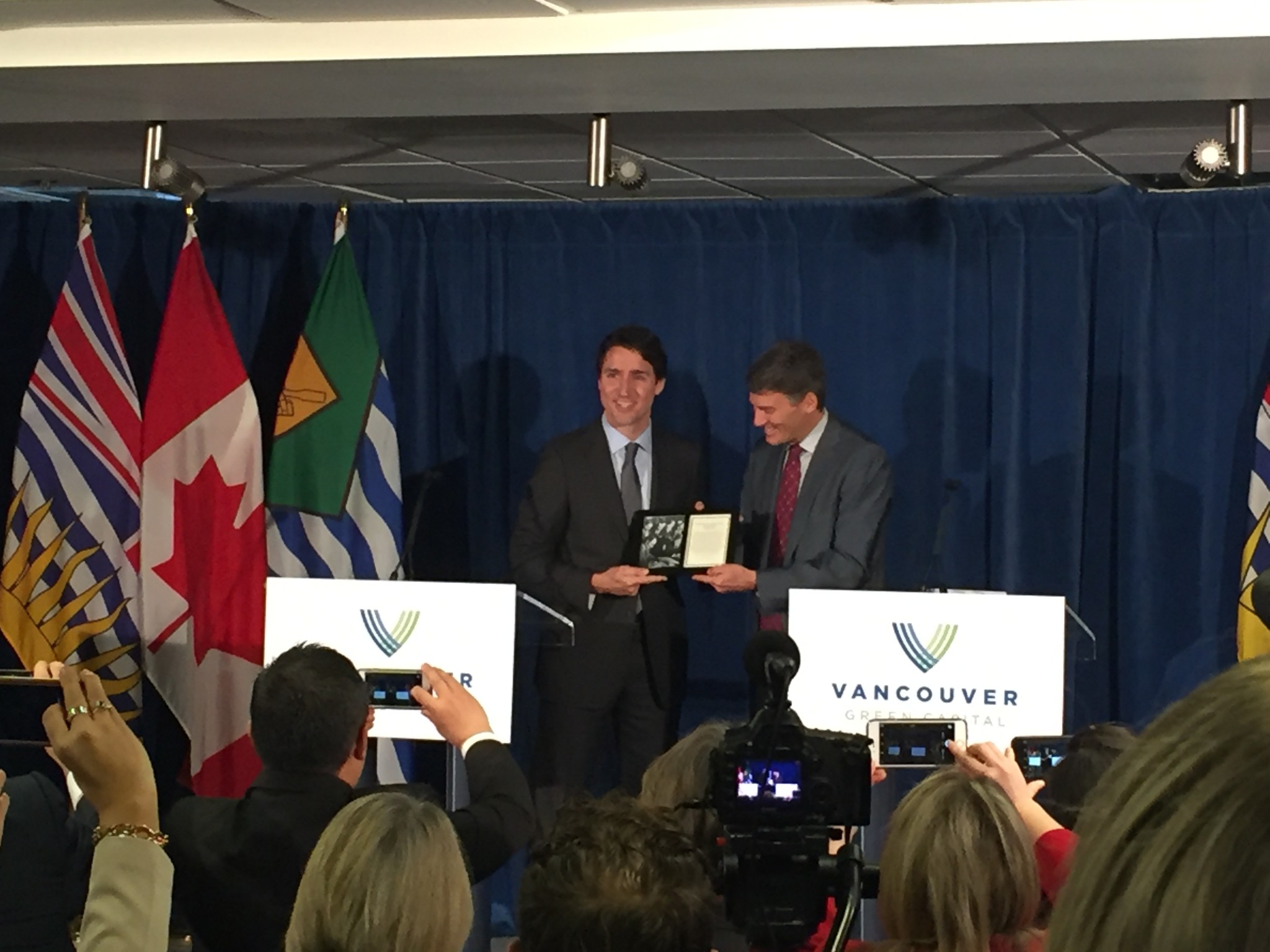 “Vancouver has much to offer, whether it’s the growing of the creative economy – investments in creative technologies – but also investments in the Vancouver Art Gallery, whether it’s building better public transit, to innovative, clean energy projects, we have a broad range of solutions that Vancouver is putting forward,” said Trudeau at the press conference.

While Trudeau says the federal government is supplying $20 billion to improve public transit in Vancouver, he didn’t provide any specific details or a timeline for completion of things like the Broadway corridor subway.

“We don’t feel that Ottawa should be dictating what particular transit project is going to be needed by the people of Vancouver. The people to figure that out best are here in this room.”

The legalization of marijuana was also up for discussion. When asked about his plans for legalization, Trudeau said he will be working with provinces and municipalities to come up with solutions.

“The challenge of getting this important initiative right is insuring that we’re broadly listening to partners, to folks in the medical marijuana industry, to municipal partners, to provinces and drawing on best practices from around the world.”

For his part, Mayor Robertson said it will be a relief to have the burden of marijuana regulation taken off the city’s shoulders, especially with the number of dispensaries that have sprung up around Vancouver in recent years.

“There were no thoughtful controls coming from Ottawa historically, so it’s a relief to hear a prime minister’s commitment along with the attorney general and minister of justice. They’ll be working on this partnership to insure we have a smart and effective way to regulate marijuana,” said Robertson.

Throngs of people turned out to greet the Prime Minister at Vancouver City Hall, and Trudeau even took a moment to take some selfies with supporters. 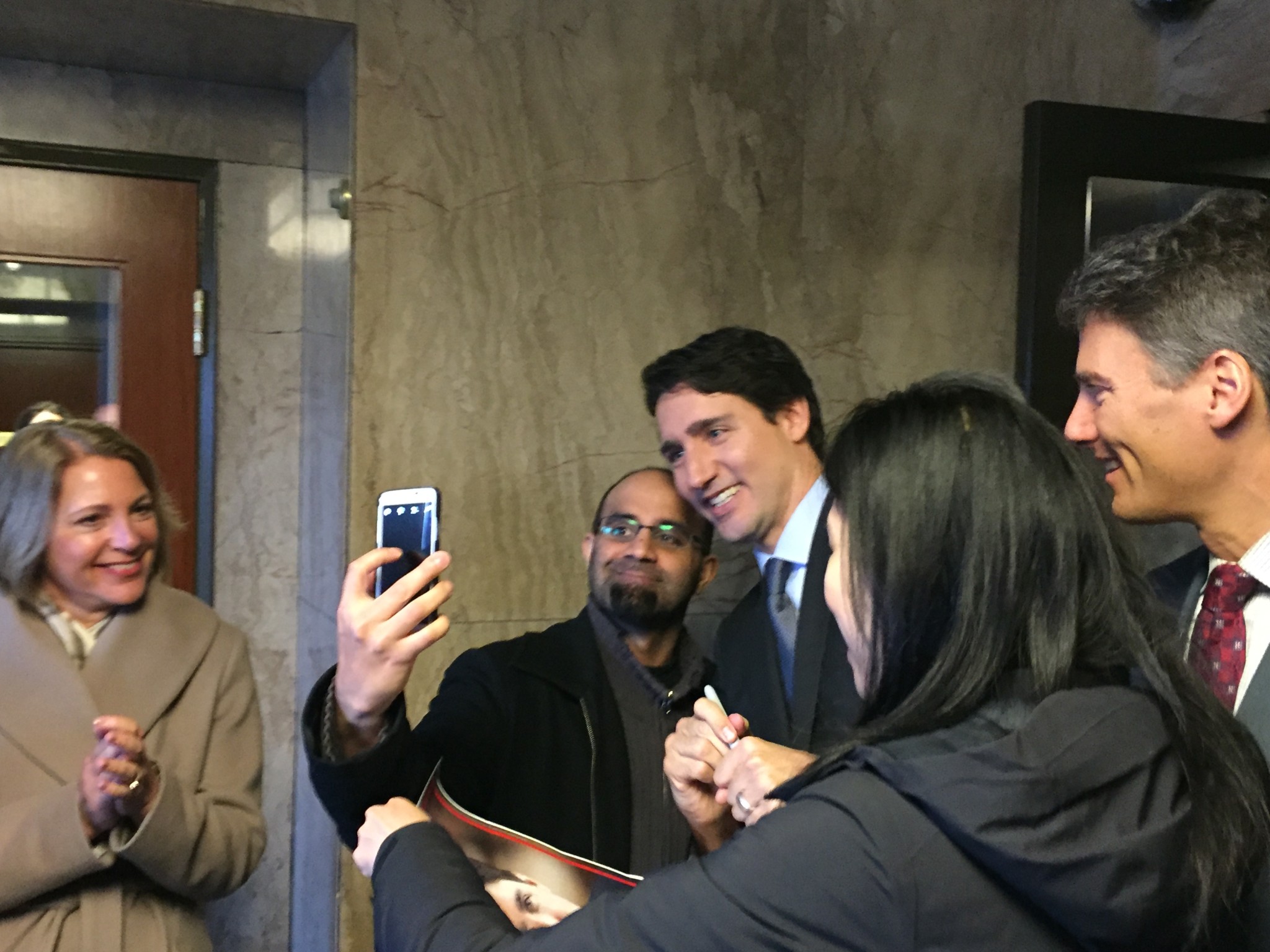