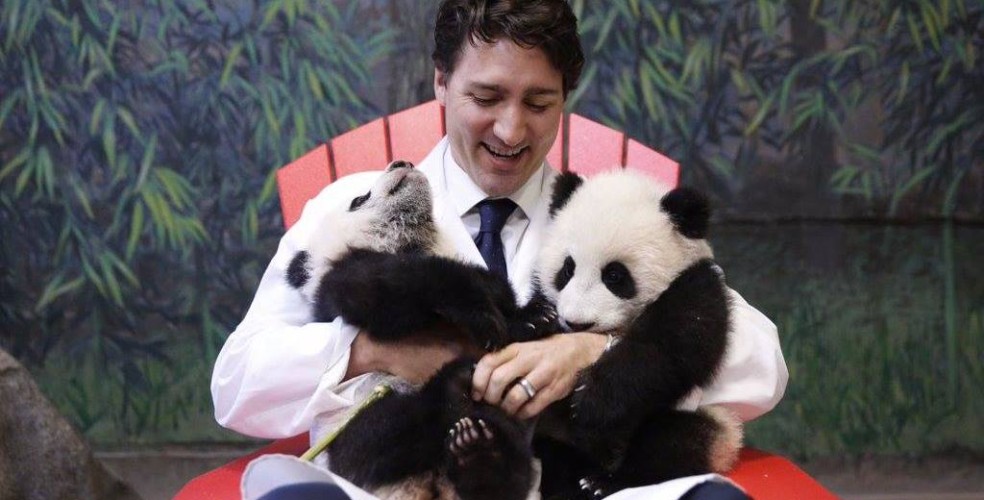 Cuteness overload! The pair of Canadian-born baby giant pandas at the Toronto Zoo received their names today, and it was also marked by a special visit by Prime Minister Justin Trudeau.

Trudeau was on hand for today’s naming celebration, which was also the first time the cubs made a public appearance.

Not only do pandas have a low birth rate, panda cubs – especially twins – have a very high mortality rate. Zookeepers in Toronto have been working around the clock to ensure the survival of the pandas; In the wild, mother pandas will typically only care for one cub, the healthiest cub, leaving the other to die.

The breeding of pandas in zoos is the best chance the endangered species have for survival. There are just over 2,000 pandas in the wild and in captivity around the world.

The cubs’ parents will be relocated to the Calgary Zoo in 2018, where they will stay for five years for the remainder of the 10-year loan agreement with the Chinese government. They will be weaned by their mother for about two years. 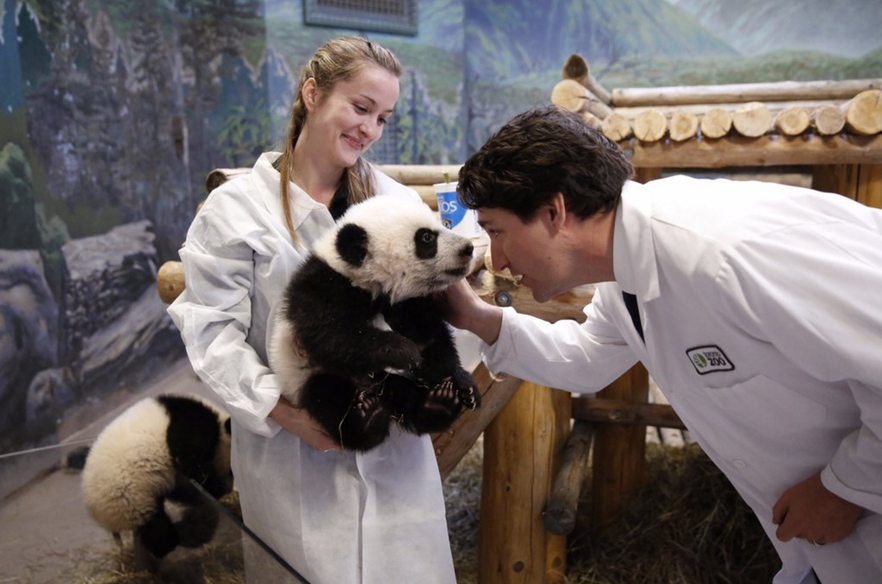 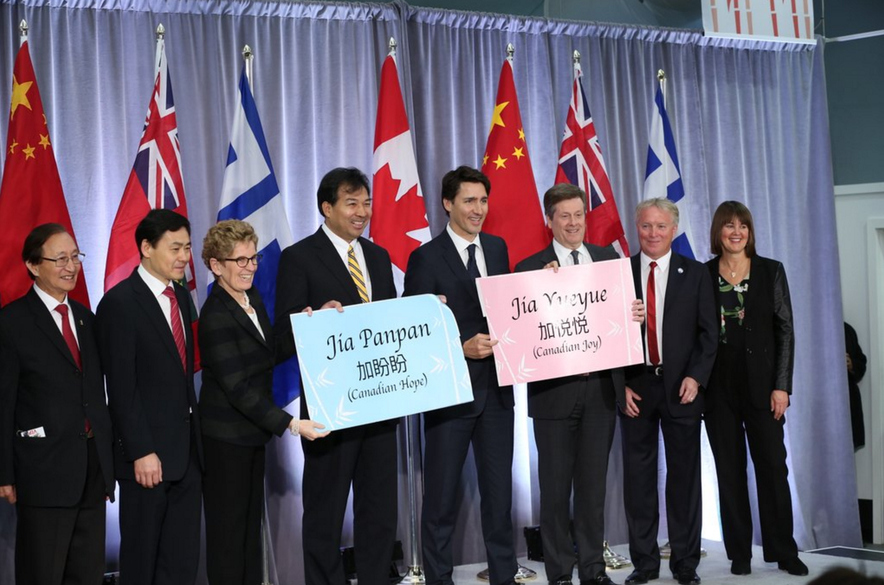