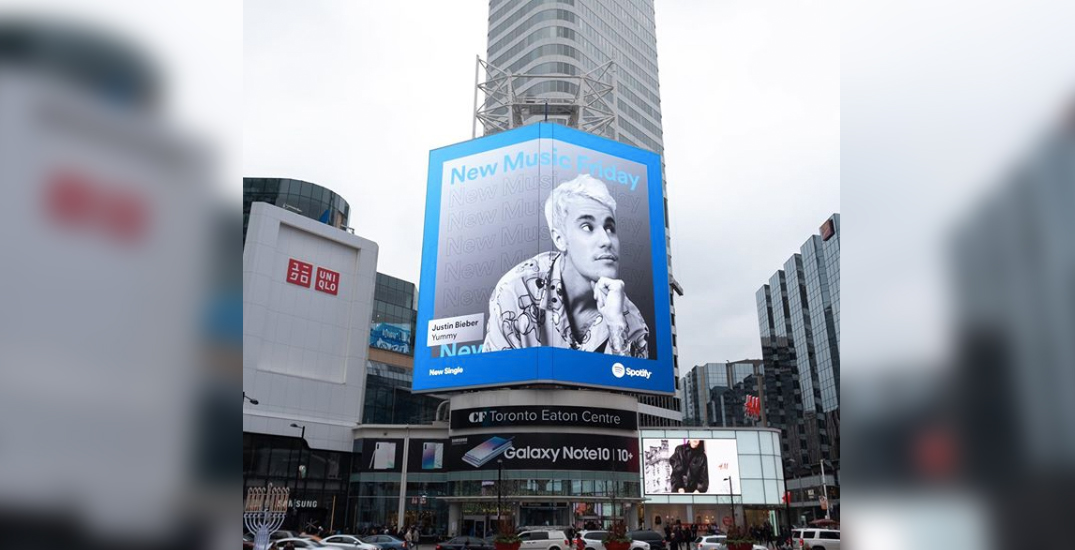 Ontario-born Justin Bieber has some new music out this week, and jokingly thanked Drake for letting him have space in Toronto’s Yonge Dundas Square to promote it.

We assume the 6ix God himself isn’t the one who decides who can and can’t advertise in Toronto, but Bieber still gave him a shoutout.

“Thanks for letting me have some space in Toronto @champagnepapi king,” Bieber wrote in an Instagram post Friday.