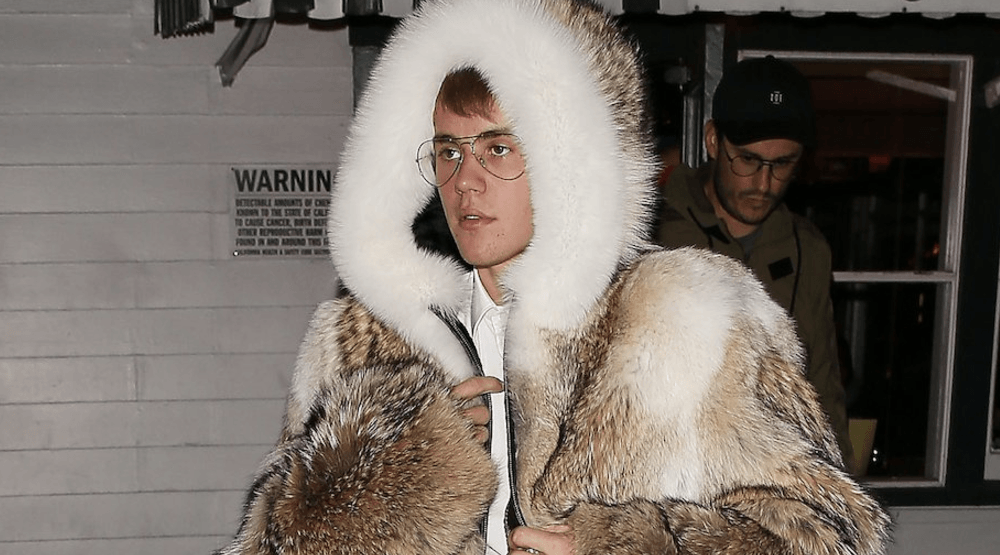 Canada’s golden child Justin Bieber is under fire for his questionable fashion choice.

The star stepped out in LA on December 19, wearing a huge heavy fur coat in 16°C weather.

TMZ caught up with Bieber and asked if the jacket was real fur, to which he responded, “Hell yeah, it’s f***ing real.”

“It’s a shame (Justin Bieber) continues to show the world his disregard for animals and the cruelty they endure for fashion,” PETA tweeted.

It’s a shame @justinbieber continues to show the world his disregard for animals & the cruelty they endure for fashion. pic.twitter.com/jF9oh9PHyS

I really pray this is faux fur but I think it’s real. @justinbieber why?? pic.twitter.com/SuO1PrYC16

@justinbieber You look like a disgusting joke with fur on!! You need to grow up and stop promoting fur that makes u look ridiculous!!

I was never a fan of @justinbieber. His music sucks and to me he is an overrated singer. Since i saw him wearing fur, i completely hate him!

And of course, people took the opportunity to poke fun at Bieber as well. Many pointed out that his fur jacket also made him look like the monkey that was spotted wearing a jacket in Ikea back in 2012.

want to feel old? here’s what the ikea monkey looks like now pic.twitter.com/hE4humDsXd

justin bieber is the ikea monkey. that is all. pic.twitter.com/WO18gpCKaN

This isn’t the first time Bieber has been in trouble with PETA. In 2013, his pet monkey was seized by German customs when the star did not provide the monkey’s vaccination papers. A zoo is now taking after the animal.

In May 2016, PETA criticized Bieber after he posed for a picture with a chained tiger in Toronto.