The stars of Canadian music – some with staying power, others a flash in the pan – funnelled into the humble town of Hamilton, Ontario for the 44th annual JUNO Awards. The two-hour broadcast kicked off with a performance by Hedley, including host Jacob Hoggard, and led into a lineup of performances, special tributes and the presentation of JUNO Awards in six categories.

At least, that’s what it was supposed to be about. Perhaps the dead giveaway concerning the real state of the evening was any pan shot of the audience, who seemed nothing short of bored. Either that, or one could judge the impending doom by the empty seats in the arena.

If those signs do not hold enough evidence, one might simply turn to Twitter, where viewers at home seemed just as disenchanted as those in attendance.

#JUNOS2015 Award shows are just pathetic. It's embarrassing to watch, like figure skaters falling on the ice.

With Surrey-born Jacob Hoggard of Hedley hosting the live televised event, the evening began with jokes about censorship regulations, Sam Roberts being high, himself also being high and that etalk host Ben Mulroney is a daddy’s boy. In a sad state of affairs, even Prime Minister Stephen Harper appeared in a taped segment to wish Hoggard a good show. Is Canadian music so desperate that it needs to slot in a plug from the government, was that CRTC regulation?

Hoggard joked that it was a “total honour that everybody else said no” adding, “millions of viewers are tuning in right now and they’re all thinking the same thing: ‘Russell Peters looks sick and white.'”

I thought the joke was that “millions” of people were watching.

What a terrifying job to host an awards show, with all of those Canadians not watching, trying to remember the names of bands you’ve never heard of, and pretending it’s okay that Sean Mendes is more recognized than Leonard Cohen – who didn’t even bother to show up.

Leading up to Sunday, many promised that the show would be punctuated by electric performances, all in celebration of Canadian music. From the media room, or “the den of typing monkeys,” journalists from across Canada enjoyed free beer, mediocre WiFi and transmission issues that only allowed us to hear and see the show in jagged spurts.

Unfortunately, those weren’t the only weak signals, as the two-hour live broadcast stumbled through miscommunications – “which way do I face?” asked a confused Kiesza, while accepting Breakthrough Artist of the Year – and transition issues between camera shots that caused missed cues.

But then, from the murky trenches of the halfway point shone a beacon of hope from 1996. One of the most exciting moments of the show was when Alanis Morissette was inducted into the Canadian Music Hall of Fame. She accepted her award gracefully, and closed the evening with three signature songs from her knockout album Jagged Little Pill.

“I moved to Los Angeles and I waited six months for someone to ask me a question — so I listened,” she said. “And then I realized I had to adopt a whole other approach to life because Canadians are very engaging, very curious, very self-deprecating, very funny.

So I took advantage of the cloth from which I was cut and continued to tell stories and feel so touched by how people interpret my songs.

“As a country, we are very socially considerate and politically aware, as artists, I don’t have to worry, there is such a wealth of empowered, emotional people here,” she said. “These are people who are deeply heartfelt and soulful.

As humans we are powerful, vulnerable and fragile all at once.”

And that’s exactly what her music captivated and why it resonates with us all to this day.

Next year’s Junos will be handed out in Calgary. Here’s a look at this year’s winners:

Rock Album of the Year 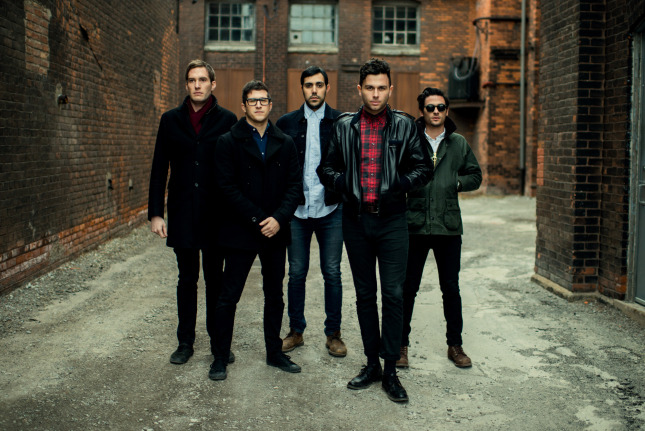 The Arkells – named after the street they grew up on, walk into the room after winning, and lead-vocalist Max hands the man at the door his beer.

“You guys clearly haven’t been drinking, you need to loosen up!” he says to the journalists poised to record his every word.

What inspires your songs?

“It comes at various points, in the van when we’re driving; I have a bunch of notes on my phone of things my friends say.”

How has coming from Hamilton affected your music?

“At the shows, one of the most gratifying things is seeing people singing the lyrics back to us, they may not know what some of those lyrics mean to Hamiltonians, but they will be singing it anyway.”

Breakthrough Artist of the Year 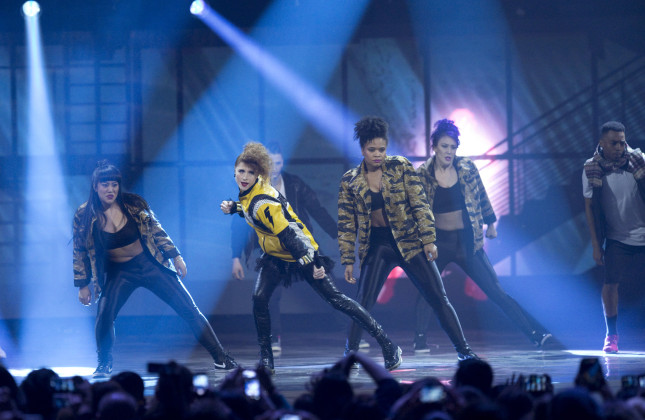 Kiesza (born Kiesa Rae Ellestad) was awarded Dance Recording of the Year at Saturday’s JUNO Gala, for her debut album Sound of a Woman and Video of the Year trophy for her no-budget, viral-video for “Hideaway,” in which she illegally danced down the streets of Brooklyn.

“I was in complete shock when everything started blowing up, I’m extremely grateful, I thought only my Facebook friends would see the video,” she says on the success of Hideaway. “I have a lot of wild ideas, you never know what to expect form me.”

What advice do you have for artists who look up to you?

Take what I do and take it another artists, we get to learn from other artists, so I learn from musicians who came before me, I believe that anyone can be what they want to be, it just comes down to hard work. Don’t be afraid of your own voice.

How does it feel to bring Canadian music to an international level?

“It’s both an incredible experience and terrifying experience going from being invisible to having the whole world looking at you.”

I went to LA and someone said, ‘oh Canadians are really cool right now,’ as if we were ‘in-fashion.’ I’m glad to be a part of this movement.

You had a broken rib while filming Hideaway?

“It hurt a lot, but I just did it, thankfully for adrenaline. I was stuck in a bed for a month after that video. It was totally worth it.”

Single of the Year 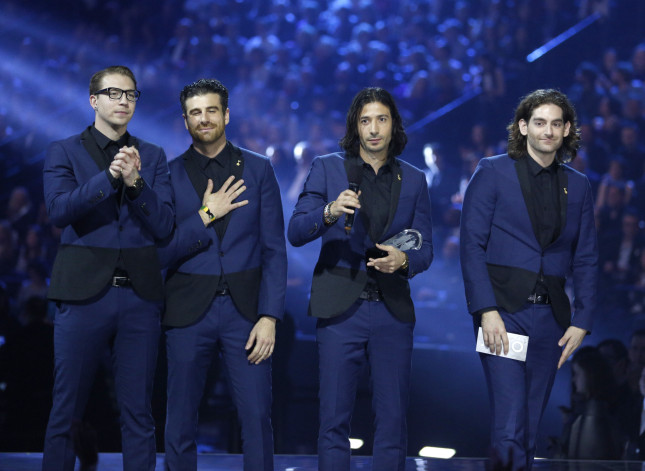 “As long as ‘why you gotta be so rude’ doesn’t become the national anthem,” says Nasri, lead vocalist of Magic! on the success of the song.

“I never thought Rude would be a hit, but I think people thought the story was unique, and once people hear it three or four times, that’s it, it’s a part of their lives,” he says. “And everyone likes it for different reasons, I don’t think pop music has ever been that complicated and we just enjoy sharing it in a simple song together.

“In Canada, we have three singles, but around the world we just have one single – Rude. The next single is ‘No Way No,’ and we are excited to get it out there.”

You often refer to yourselves as brothers, so is there sibling rivalry?

“When we argue, we argue in a way that’s best for the music, I mean, we’re wearing matching suits – we’re like the Olsen Twins who do reggae.”

Artist of the Year

Album of the Year

The pre-broadcast Juno winners from Saturday

Group of the Year: Arkells

Breakthrough Group of the Year: Magic!

Adult Alternative Album of the Year: Bahamas, Bahamas is Afie

Dance Recording of the Year: Kiesza, Sound of a Woman

R&B/Soul Recording of the Year: The Weeknd, “Often”

Reggae Recording of the Year: Exco Levi, “Welcome the King”

Roots and Traditional Album of the Year/Group: The Bros. Landreth, Let it Lie

Electronic Album of the Year: Caribou, Our Love

Adult Contemporary Album of the Year: Sarah McLachlan, Shine On

Songwriter of the Year: Bahamas, “All the Time,” “Bitter Memories” and “Stronger Than That,” from Bahamas, Bahamas is Afie

Children’s Album of the Year: Fred Penner, Where in the World

International Album of the Year: Sam Smith, In the Lonely Hour