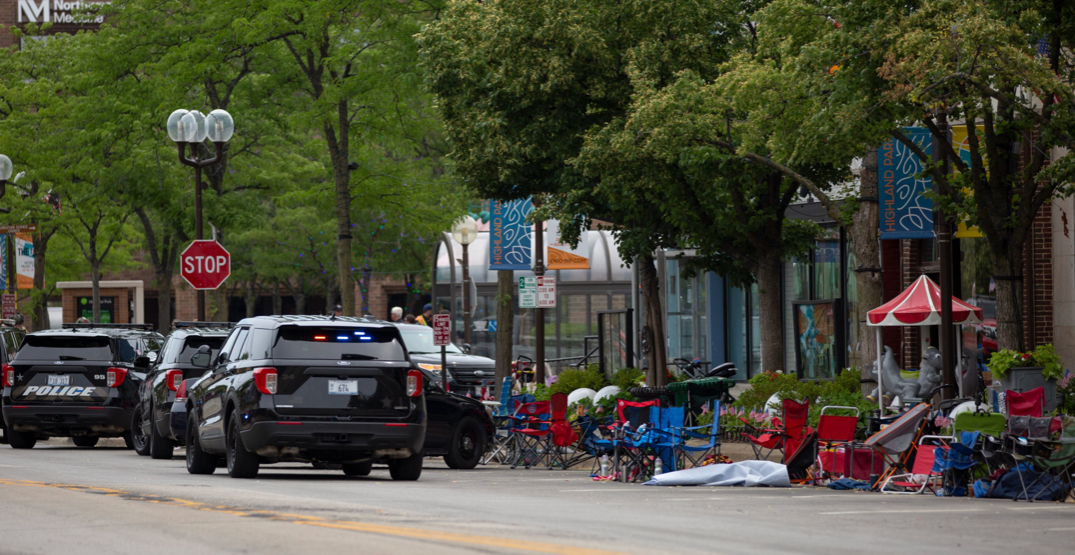 A mass shooting at a Fourth of July parade Monday in a suburb outside Chicago, Illinois, has left at least six people dead and wounded more than two dozen others, according to CNN.

A total of 31 people were transported to hospitals, according to officials.

Our hearts go out to the people of Highland Park and all those affected by today’s tragic events. The #ChicagoPolice Department stands with the City of Highland Park during this devastating time.

Lawn chairs and candy left behind as parade spectators scrambled after hearing the gunshots. @cbschicago pic.twitter.com/F3sdh6vadh

At least six people were killed and two dozen seriously hurt; police are searching for the suspect, described as a man between the ages of 18 and 20. https://t.co/C5dCdVAJus pic.twitter.com/pphJbvdPee

Law enforcement agencies are searching for the suspect, and evidence of a firearm has been recovered, Highland Park Police said in a news release.

According to investigators, the suspect is described as a white male between the ages of 18 and 20 years old with a small build and long dark hair.

“The City mourns the tragic loss and injury of those who came to celebrate with us today. We share in the grief of all mourning the loss of a loved one, and our hearts go out to everyone impacted by today’s events”, police added.

The July 4th parade was expected to feature floats, marching bands, novelty groups, community entries and other special entertainment, the city said on its website. It was scheduled to begin at 10 a.m. CT.

Highland Park is approximately 40 kilometres north of Chicago and has a population of more than 30,000.