If you’re a fan of Tumblr, you’ve probably run across “Judgmental Maps” once or twice, and someone has created one for Vancouver.

Reading the map of Vancouver will likely make you feel uncomfortable or even downright offended – Richmond is described as an area with “blind Chinese drivers,” Surrey is “Gangland,” and South Vancouver contains “saris, turbans and vindaloo.” 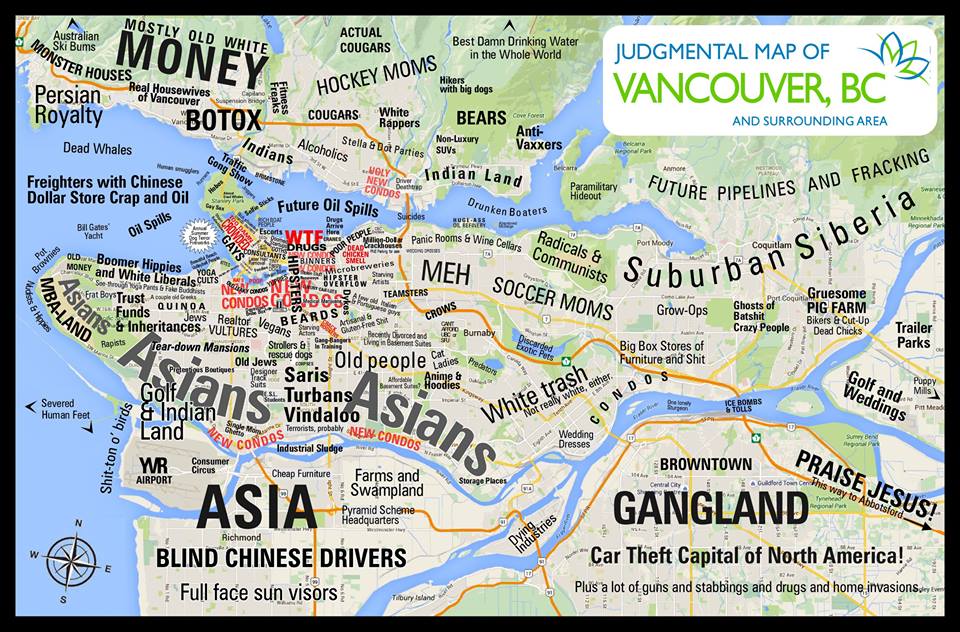 The photo has yet to be posted to the official Tumblr account, but it’s certainly making the rounds on Imgur and Facebook.

Judgmental maps are largely reserved for American cities, and the latest one posted on the Tumblr account is for the San Fernando Valley in California.

It’s not any better. 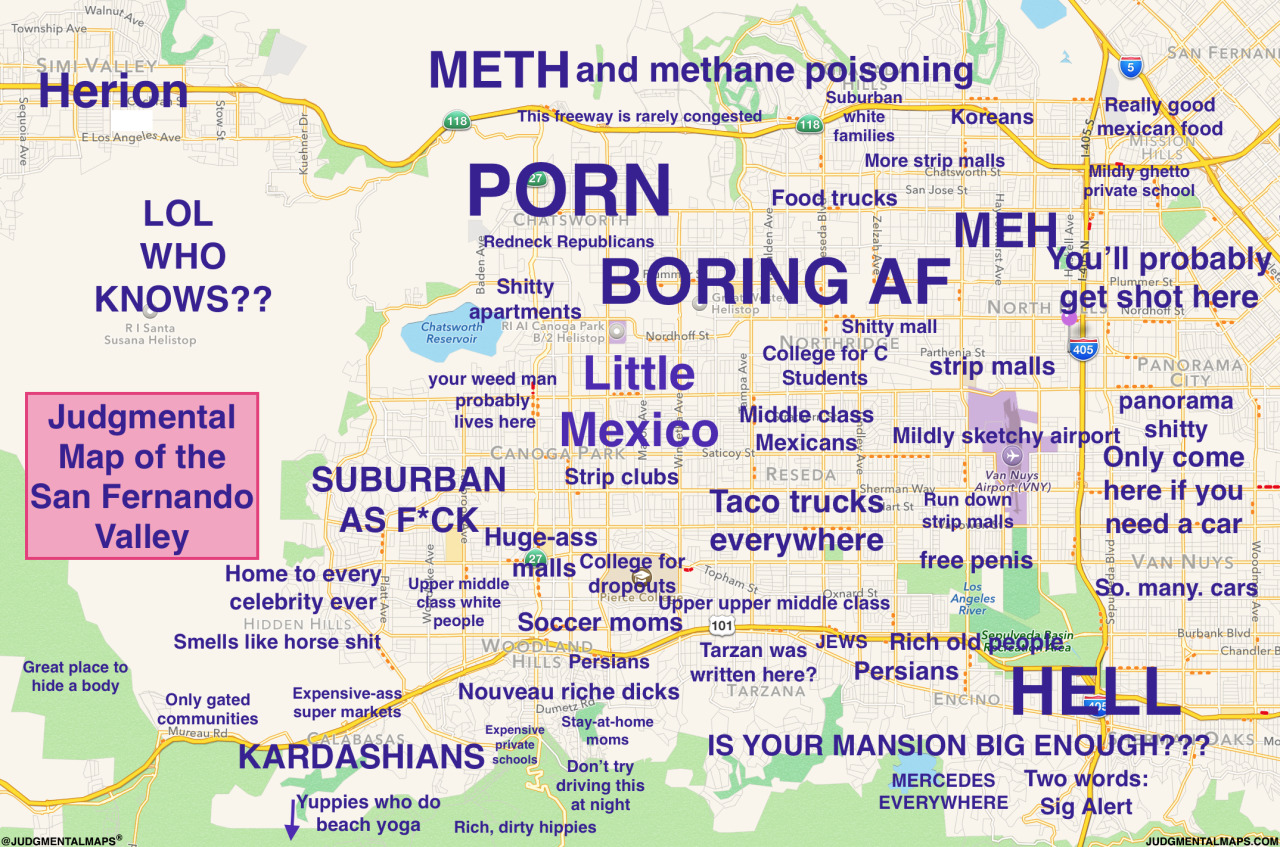 What’s your opinion on these judgmental maps? Let us know in the comments below.