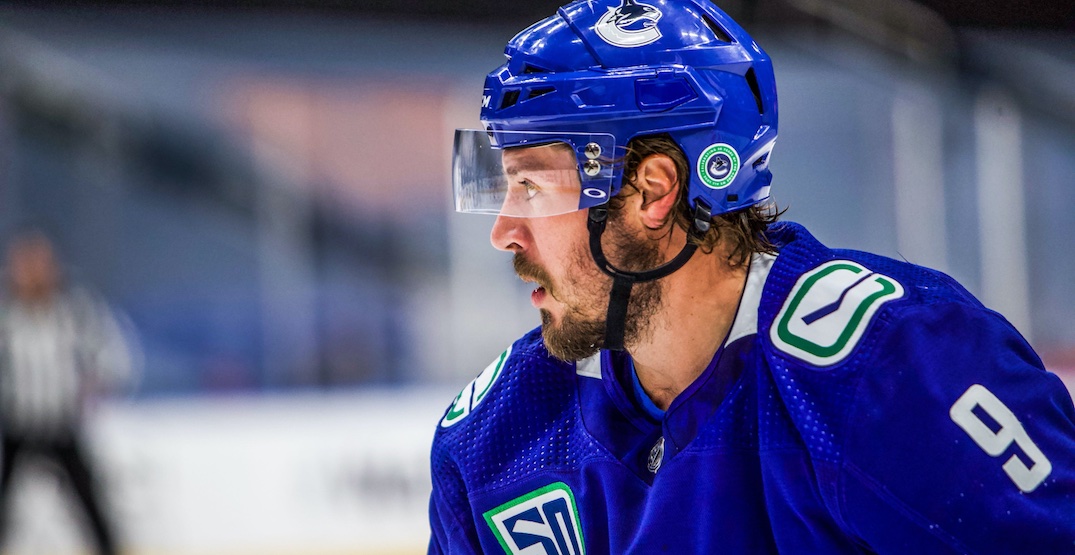 J.T. Miller is back.

It’s not a minute too soon for the Vancouver Canucks, who have lost two games in a row and were shut out on Saturday without their leading scorer from last season. Miller has been missing since Tuesday, when he went into quarantine, deemed a “close contact” with teammate Jordie Benn, who tested positive for COVID-19.

Miller joined the Canucks in Calgary and was on the ice for practice today. He’ll be back in the lineup for Monday’s rematch against the Flames, likely on the top line beside Elias Pettersson and Brock Boeser.

“He’s available to play,” said head coach Travis Green. “Between our medical team, the health authorities, the NHL protocol — I thought everyone handled it great.”

Miller said he felt “helpless” sitting on his couch, watching his team play without him.

“It sucks completely,” Miller told reporters today. “This is my job, and I trained for this, and I’ve done three quarantines now in the last six months, so it’s not ideal at all. I think all you can do to stay sane is just try to enjoy the family time. My wife and I talked about that — I might not get time like this until I’m done playing hockey. So I cherished the time with the little girls and my wife.”

The Canucks have missed Miller in all areas, including at even strength. The first line has rotated a number of players on left wing, without any of them having success. The power play has missed Miller too, having now gone 0-for-11 this season.

Getting Miller back is the good news. The bad news was that Quinn Hughes missed practice today — though it’s unclear if that will affect his status for tomorrow. Nate Schmidt appeared to take Hughes’ spot on PP1, so that’s something to monitor.

We’ll see if fitness is an issue for Miller, who was off the ice during the duration of his quarantine, only able to keep active with his Peloton. Certainly, he’s thrilled to be back.

“It was awesome,” said Miller, when asked how it felt to rejoin his teammates. “I’ve been chomping at the bit. I’m really looking forward to being back out with these guys.”