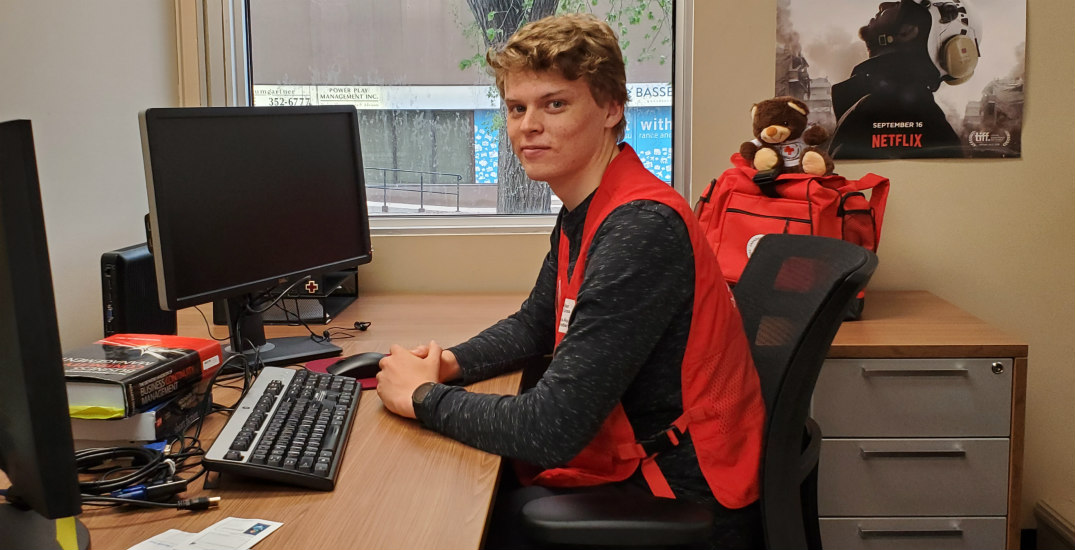 “During times of crisis, if you feel scared, look for the helpers because there are always people trying to make it better,” says university student and Canadian Red Cross staff member, Josh Windsor, reciting Fred Rogers.

Making a conscious decision to give back and help others is something all of us are capable of, and in 2018, almost 12.7 million Canadians engaged in formal volunteering with charities, non-profits, and community organizations across the country. But for many, there needs to be a reason to step forward.

Raised in Regina, Saskatchewan, Windsor’s path to volunteering with the Canadian Red Cross for two years led him to his current role as an emergency management program assistant. When he was in high school, he says he didn’t have that sense of humanity that drives people to get out there and volunteer.

At the time, he was focused on his marks and athletic achievements. “I cared so much about these achievements. I started making my whole self-worth and what I thought of myself as a person around achievements,” he tells Daily Hive. “In grade 12, everything started to slip, my marks started to drop, and my sports were more difficult.” 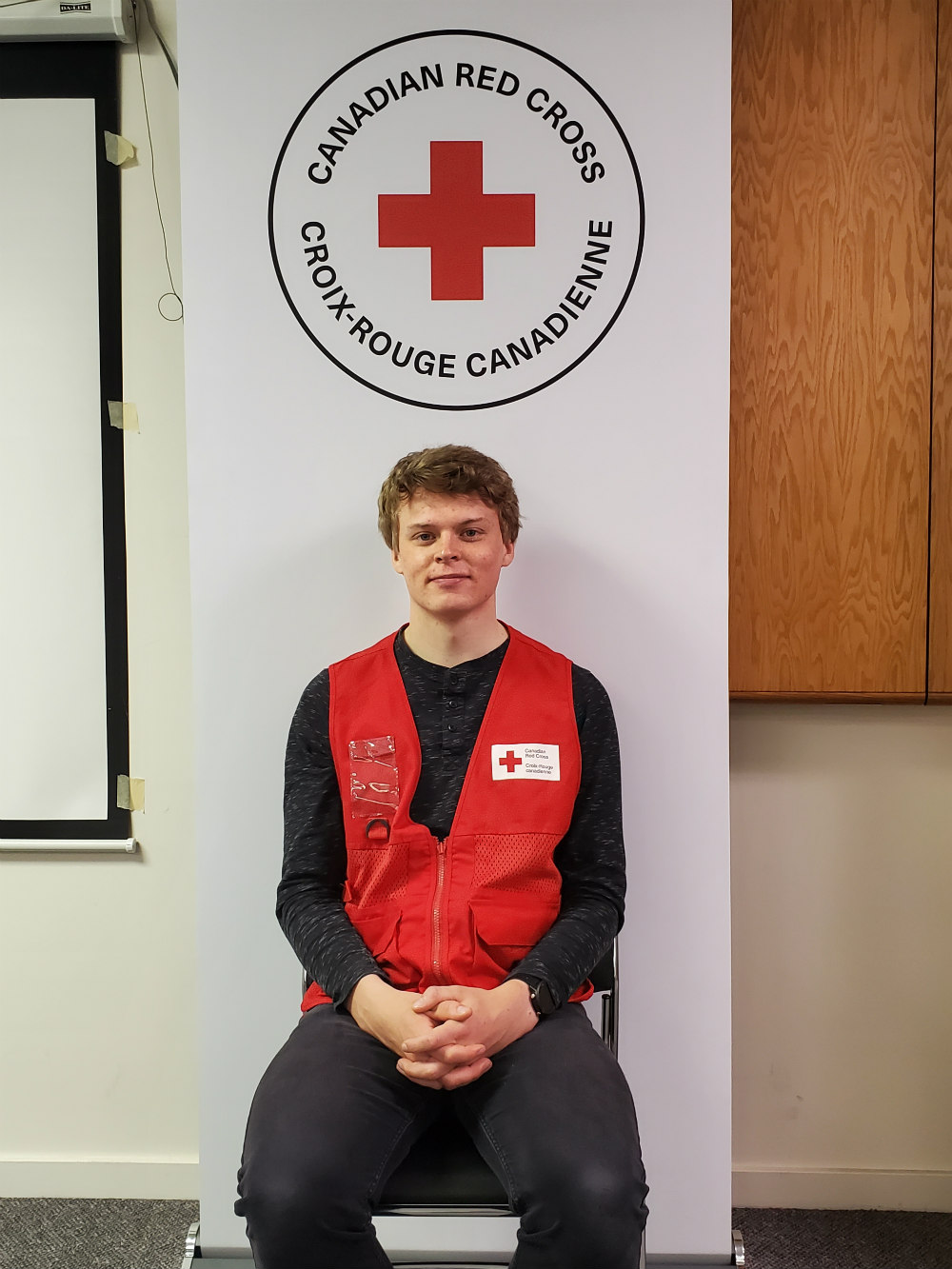 Windsor recalls feeling hopeless at this time in his life. “My mental health pretty rapidly deteriorated to the point that there was a failed suicide attempt, and I was later diagnosed with bipolar disorder,” he says.

In his recovery at the hospital, the teen started looking at his outlook on life and how he was focused on achievement-based goals. “The humanity I was shown by doctors and nurses, people who looked out and cared for me even when I didn’t really care for myself, it was powerful to feel the love that they felt for me just because I was another person.”

As he recovered, that’s when Windsor says his priorities shifted. “It wasn’t so much about being the best at everything; it was about being a good person, about helping people, and with that comes humanity. I wanted to be able to help people. I wanted to give back,” he tells us.

Windsor’s volunteer work at the Red Cross began with the personal disaster assistance team, supporting victims of house fires who lost everything. “I got to meet with them when they’re having one of the worst days in their life, and I can make it a little bit better,” he says. “So it’s similar to what I felt like I got when I was at my lowest point, and that’s really rewarding for me.” 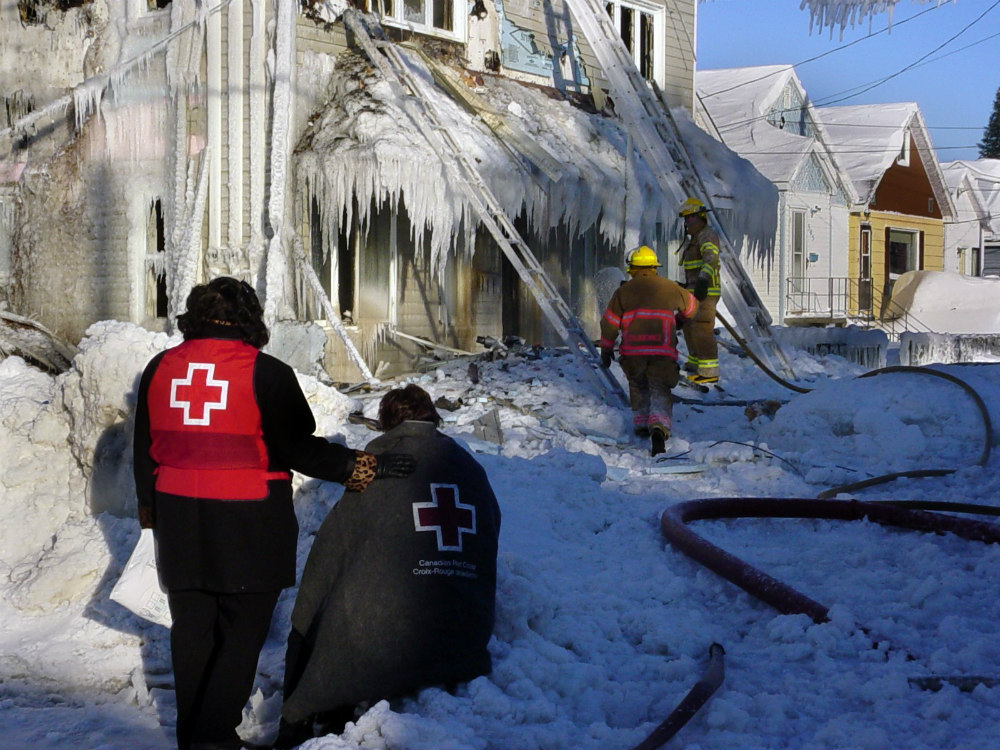 After working with the personal disaster assistance team, Windsor went on to support the emergency response team (ERT) as a student volunteer, addressing large evacuations, forest fires, and flooding situations.

When he went on his first deployment for wildfire evacuation as an ERT responder, visiting the Northern Ontario town of Cochrane, it changed his career trajectory. He decided that it was not only something he wanted to do as a volunteer; it was something he wanted to do as his career, inspiring him to pursue a Bachelor of Emergency and Security Management program at the Justice Institute of British Columbia.

About a year after returning home from Cochrane, Windsor started as a summer student with the Canadian Red Cross in Regina. “Because I had been a very active volunteer for two years, I was known by people in the office already,” he says.

As a student, Windsor was assigned to projects with the COVID-19 response team, assisting with designated quarantine sites for returning travellers. And in November of 2020, he went out to Winnipeg and worked with long-term care staff.

When asked what his typical workday looks like, he smiled and noted that with this kind of work, there is no typical day. “It’s very dynamic, and that’s what I like about it. A day is either responding to an emergency, like the designated quarantine site and long-term care, or fires and floods, or you’re preparing for the next emergency.”

“It’s terrible everywhere in the world, and there’s a lot of fear and anxiety, but I know that I’m at least trying to make it a bit better with the long-term care and the quarantine site. That’s one of the most impactful things on me and my worldview,” says Windsor. 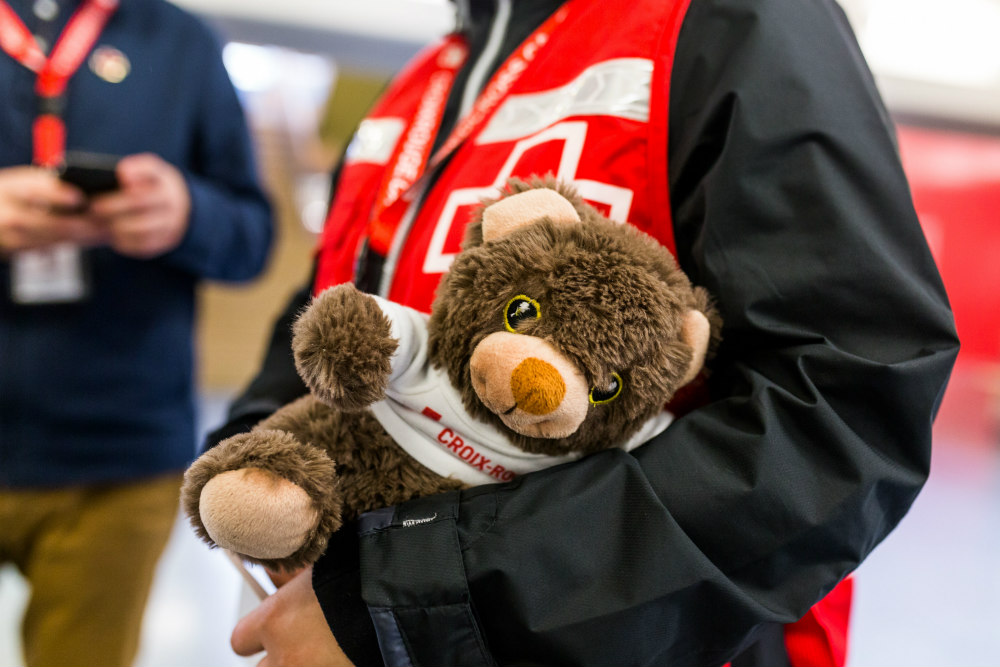 For people working in emergencies, Windsor says it’s all about the individual experience, individual human connection, and knowing that you’re helping people. One volunteering example he shares is when he told a Syrian refugee family who had lost everything that he could help them, and, “they just cried.”

When he recalls his deployment in Northern Ontario, what gives meaning to him is “sitting at the colouring table with the kids and colouring with them, so they weren’t bored while their parents ate.” Today, Windsor continues to develop his skills in disaster response by working for the Red Cross in Saskatchewan.

For anyone considering volunteering, Windsor suggests thinking back on your own life and the moments when you felt bad — and realizing that you can be one of the people who is trying to make it better.

The Canadian Red Cross needs your unique skills. Visit redcross.ca to discover job and volunteer opportunities that could be perfect for you.