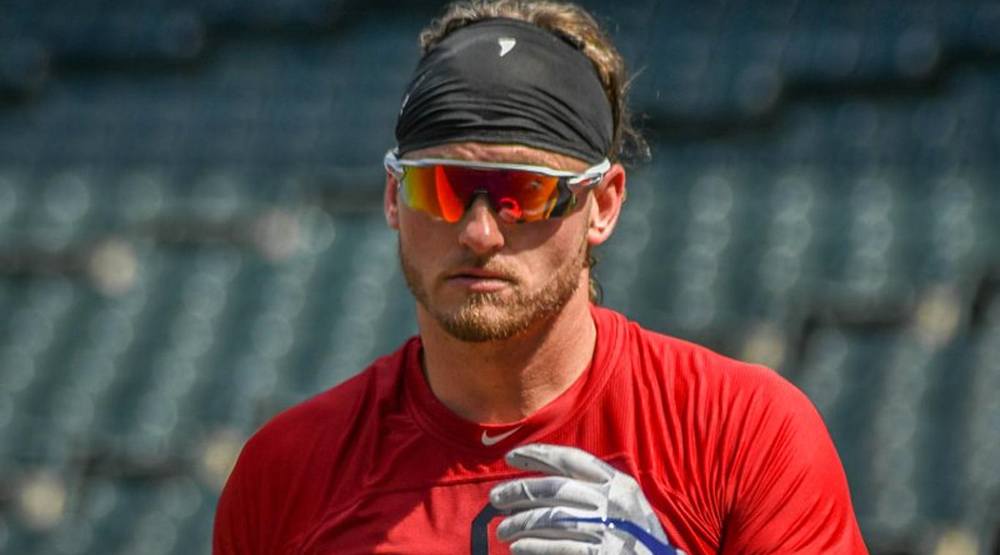 From a former MVP to a PTBNL. At first glance, the return for Josh Donaldson looked abysmal for the Toronto Blue Jays.

After three-plus seasons and 462 games played in Toronto, the Bringer of Rain walked away as a top-10 position player in franchise history. He wasn’t around for very long, but his impact is indisputable.

Optically, the Blue Jays front office was ridiculed for ridding themselves of their All-Star third baseman for pennies on the dollar. After carrying the Blue Jays on his back to two consecutive playoff appearances, this is how it all ended? This is how No. 20’s legacy concluded in Toronto?

It was an abrupt and ugly end to a beloved era in Blue Jays baseball.

At the risk of sounding like an apologist for this Blue Jays front office, this was a no-win scenario for Mark Shapiro and Ross Atkins. No matter how the whole Donaldson situation played out, knowing what we know now, it was likely going to come to a crashing end anyway. The Jays chose to make a clean break before things got even messier.

On paper, the Donaldson deal looked bad for the Blue Jays. It’s easy to see why the front office comes off looking inept here; they traded a player who’s averaged more than 7.0 WAR per season since the beginning of the 2015 season.

In this case, the PTBNL label is a complete misnomer because they usually don’t amount to anything. The player to be named later thing made the trade sound worse than it was, but most have speculated the player in question is Julian Merryweather; a 26-year-old starting pitcher currently rehabbing from Tommy John surgery.

Merryweather appears to have at least some upside and is “near-term” as Atkins alluded to last week. Merryweather isn’t nothing; if the Blue Jays hung unto Donaldson and didn’t extend a qualifying offer, they would’ve got nothing. At least they netted a prospect.

Then there’s the case of Donaldson himself. Given his health and his cryptic comments about his displeasure with the front office and the team’s high performance department, the Blue Jays didn’t have much choice but to trade him. If there weren’t trade offers on the table, who’s to say the Blue Jays would’ve cleared him for play the rest of the season?

The Indians put Donaldson on the disabled list, retroactive to September 1st and could be activated as early as Tuesday. From that point in the schedule, the Indians have 18 games remaining in the regular season. At most, the 32-year-old might be lucky enough to get 40 or so plate appearances before the end of the regular season. With all the risk and baggage that comes with the former MVP, Cleveland felt it was worth the gamble.

That also explains why the Blue Jays “only” received a player to be named later in this deal; the Indians get the All-Star third baseman for the final 11% of their regular season games.

For the Indians, the Donaldson deal was a play for October with the realization he may not play until mid-September. Cleveland inherited some risk, which is why the Blue Jays paid down $2.7 million of his remaining salary. Considering Donaldson’s uncertain status, the Indians felt it was worth the $1 million gamble. They’re trying to win a World Series, after all.

The Blue Jays had different motivations with this transaction. They tried to salvage anything in return for a heavily distressed asset. The front office takes a bit of a PR hit, but ripping the Donaldson band-aid off now is much cleaner than trying to do it this offseason.

It’s been over a week since the transaction occurred and the he said/he said back-and-forth between Donaldson and the Blue Jays front office continues to play out in the media. If this is how quickly things devolved already, one can only imagine what it would’ve been like if Donaldson stuck around in Toronto the rest of the regular season.

Jon Heyman of FanCred Sports reported the Blue Jays had indeed tabled a sizeable contract extension to Donaldson last winter, which his agent promptly refuted. Who knows what to believe, but the truth likely lies somewhere in that murky middle. If the Jays tabled an extension to JD last offseason, they could not have shipped him off hastily enough before the waiver trade deadline. Either things changed in a hurry, or there was no firm contract extension in the first place.

On paper, it felt like the Blue Jays’ gave up an MVP-calibre bat for practically nothing … because that’s the version of Donaldson most Jays fans fondly remember. Injuries limited him to only 149 games the last two years combined and Donaldson is a far cry from his perennial MVP candidate days from 2013 to 2016. The All-Star potential is still there, but it comes with a huge asterisk: “buyer beware.”

This relationship was bound to end soon; it’s better that the Blue Jays got out when they did.