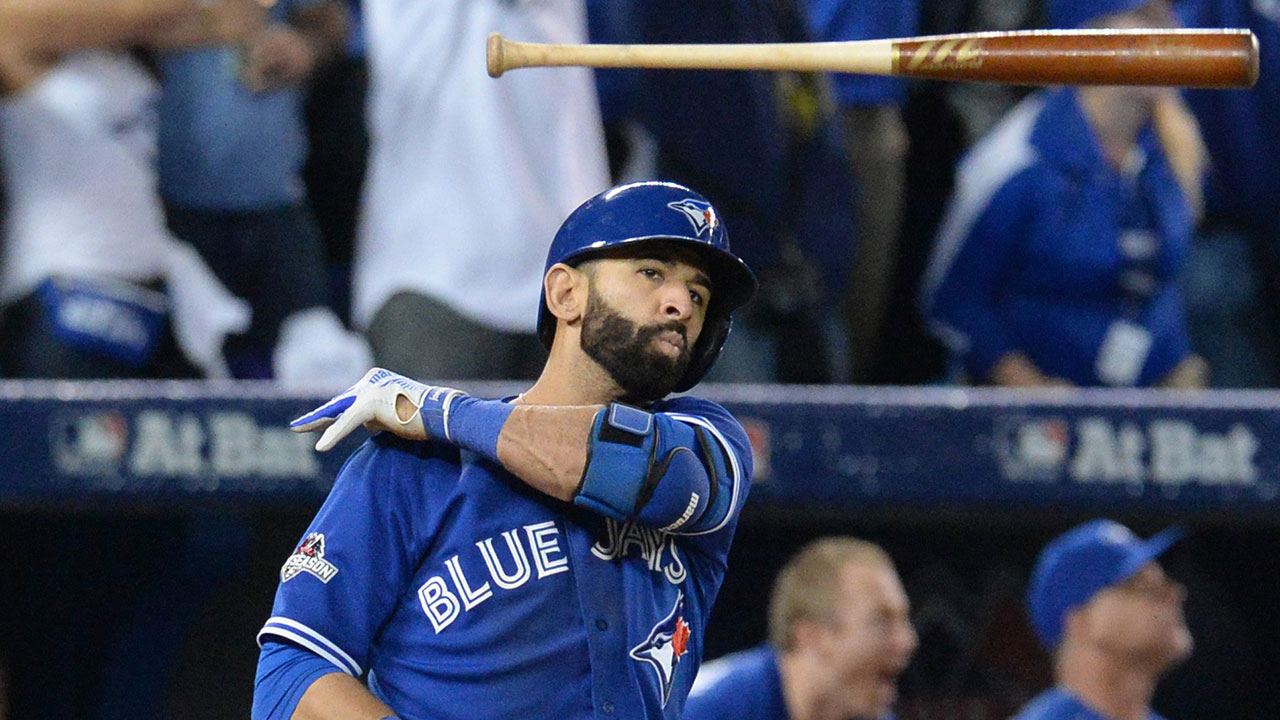 Major League Baseball may not have left Jose Bautista behind after all. After spending the last decade with the Toronto Blue Jays, Joey Bats has found a brand new home by signing a minor league deal with the Atlanta Braves.

The Atlanta #Braves today agreed to terms with free agent infielder José Bautista on a one-year minor-league contract for the 2018 season, and he has reported to Atlanta’s extended spring training complex in Lake Buena Vista, Fla. He will play third base.

Bautista reunites with his former general manager in Toronto: Alex Anthopoulos. It’s not all that surprising that the former home run king and six-time All-Star signed with the Braves. Anthopoulos was one of the key front office figures who vouched for the Blue Jays to trade for Bautista back in 2008 and was instrumental in tabling Bautista’s five-year, $64 million extension just prior to the 2011 season.

"Let's do it again." pic.twitter.com/Cb69Fd0gEO

After an extremely quiet offseason from the 37-year-old outfielder, many were left wondering why he remained unsigned. Bautista was one of about 40 free agent players who remain on the open market and have yet to find a home for the 2018 season.

Having a history in Toronto and understanding what Bautista is capable of, Anthopoulos chose to take a chance on him because the Braves really have nothing to lose.

There are some caveats to this contract with the Braves. For one, it’s a minor league deal, so there are no guarantees Bautista even makes the Major League team. Players often sign these types of contracts and never make it to the big club.

Since he didn’t have Spring Training to prepare, Bautista is about eight weeks behind his counterparts in terms of being ready for the season. He’ll report to the Braves’ extended Spring Training complex.

The signs above describe this man! #Loyalty #Dedication #Passion #AtlantaBraves

It’s highly unlikely Bautista just jumps right onto the 40-man roster, so it could be a month or two before he officially suits up for the Braves. But if he has any gas left in the tank, he should have no problem clawing his way back to the big leagues.

Interestingly, the Braves signed Bautista with the intention of having him play third base. Most will remember him for his days patrolling right field for the Blue Jays, but he was primarily a third baseman before moving to Toronto in 2008. Close to one-quarter of his career games in the field have been at third base, so it’s a position where Bautista has a lot of experience.

Congrats to Jose Bautista on signing with the @Braves. pic.twitter.com/ryfHlkAULr

Last September, Bautista received the perfect goodbye from Blue Jays fans during his emotional sendoff. Jays fans could get a chance to see Joey Bats return to the Rogers Centre one last time, on June 19 and 20, when the Braves roll into town.

There are no guarantees he’ll be on the roster by then. However, if he does hit the field with the Braves in June, Bautista will be welcomed with open arms back to the city where he became a superstar.