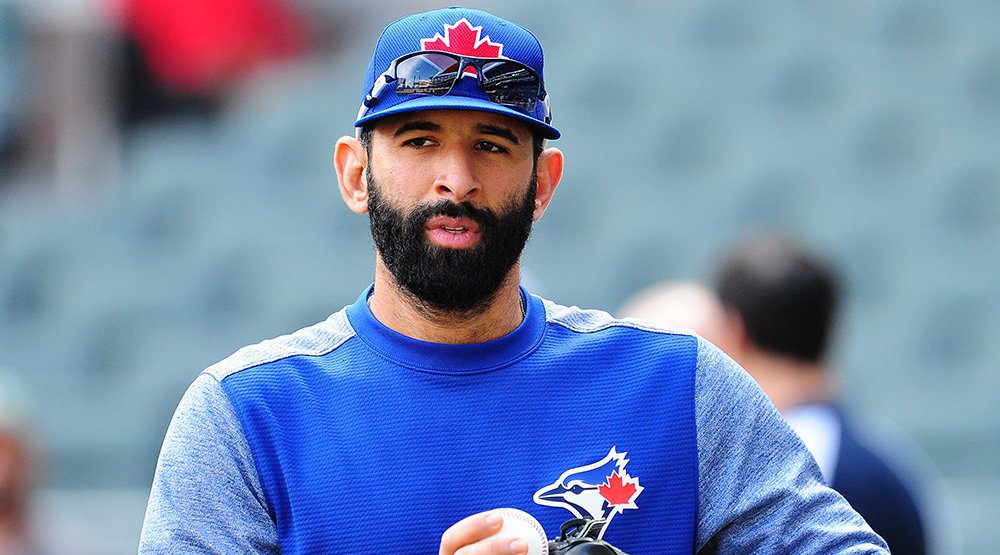 Across the board, the 36-year-old was one of baseball’s worst performers during the first month of the 2017 season. He went yard but once, drove in a grand total of seven runs, struck out 30 times and frankly, Bautista looked lost at the plate.

So when the calendar turned from April to May, not only did the temperatures across Canada heat up, so did Bautista’s bat.

That horrid April is but a memory as Joey Bats finally looks like the hitter the Blue Jays were hoping he would be in 2017.

With the absence of many of the Blue Jays’ heavy hitters – Josh Donaldson and Troy Tulowitzki to name a few – the Jays are relying on veterans like Bautista to make up the difference.

Up until the first week of May, that wasn’t the case with the veteran outfielder. But over the past 20 or so games, the man they call Joey Bats is back to his old self and delivering on his namesake yet again.

Not only that, but Bautista stirred up controversy last week after uncorking another one of his patented bat flips against the Atlanta Braves. Opposing players took exception, namely Eric O’Flaherty, the recipient of said home run:

THIS IS NOT A DRILL!

Opposing pitchers annoyed by Bautista? Yes, that certainly sounds like the Bautista of old.

Let’s be honest, Joey Bats is at his best when he’s driving opponents mad. If he’s pissing off other players around the league, that’s a sign he’s done something to help his team win.

Bautista may not be well-revered across the league and that’s fine. Ever since his breakout as a Blue Jay, he’s been a polarizing figure. His bat flip from the 2015 ALDS crystallized people’s opinions on whether flagrant celebrations belong in the game of baseball, regardless of the gravity of the moment.

An 8-3 game in the middle of May against the lowly Atlanta Braves as opposed to a fifth and deciding game of a playoff series are two completely different scenarios. However,  with Bautista, you either get all his over-the-top antics or absolutely can’t stand them.

Apparently, there are some who believe baseball is not a place for showmanship, as Mark Teixeira of the New York Yankees shared during an appearance on ESPN’s Michael Kay Show.

“Fact of the matter is nobody likes Jose Bautista,” Teixeira said. “He is not the most personable guy on the field and I can see why pitchers and catchers don’t like the way he acts.”

It shouldn’t surprise you whatsoever that a player from one of the Blue Jays’ division rivals said this. Certain players like Teixeira and O’Flaherty feel like Bautista’s act is tired and seem to be proponents of the “old school” baseball mentality.

But as Bautista’s former teammate David Price said a few years ago: “If you don’t like it, pitch better.”

There are people across Major League Baseball who don’t like Bautista. There are even faithful Blue Jays fans who aren’t all that fond of Joey Bats for his exuberant celebrations and his outspoken remarks.

I would rebuke those are the exact qualities which make him one of baseball’s most compelling characters and a lovable villain.

The irony in all of this? Flipping a bat, admiring a home run or arguing with the umpires doesn’t really make Bautista a villain at all.

Within the context of Major League Baseball, he’s done very little which is actually wrong or warrants his reputation; it’s the breaking of baseball’s “unwritten rules” which has garnered him this bad guy image.

Judging by the way he’s been performing at the plate as of late, Bautista doesn’t seem to mind at all. In fact, it looks like he’s embracing this villainous role and running with it.

As long as he’s cranking out home runs, getting on base and gunning down runners from the outfield, Joey Bats can be as “bad” as he wants to be.