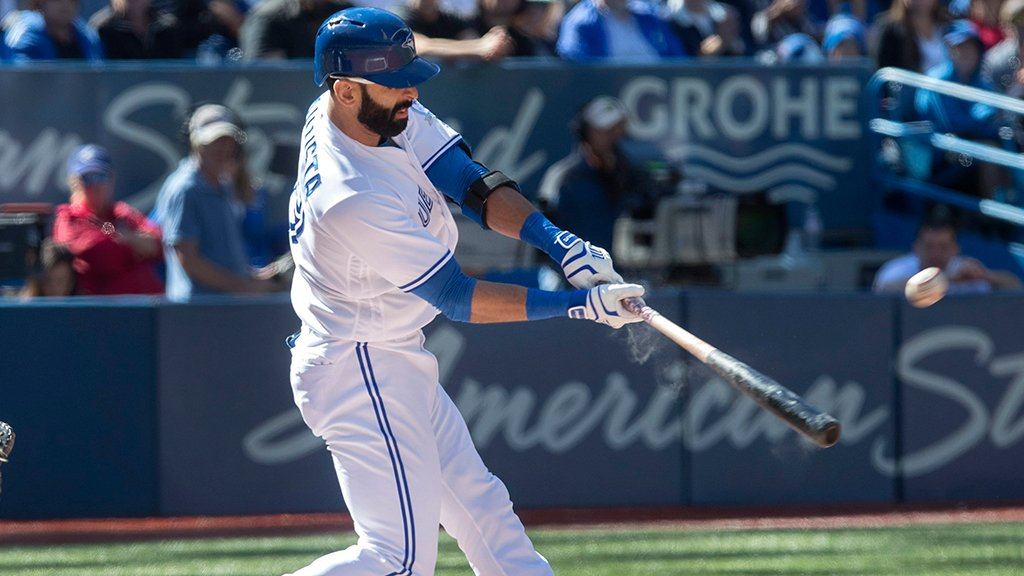 Jose Bautista might be returning to the Toronto Blue Jays after all.

My brother. Back where you belong. Couldn't be happier. Appreciate you for guiding me and always being real! @JoeyBats19 @BlueJays pic.twitter.com/4eJ6VyeNWW

The 35-year-old Jays slugger looked like he had played his last game in a Toronto uniform after the team was ousted in the ALCS for the second year in a row last October.

But the free agent landscape turned out to be a lot less lucrative than anyone envisioned. So much so, it seems, that the Blue Jays are now the frontrunner to sign him.

Jesse Sanchez from MLB Network was first to break the news on Sunday evening:

Source: #BlueJays have emerged as the front-runner for Jose Bautista. He's nearing a deal with the club. #Toronto @mlb

There are conflicting reports about the length of deal, with baseball insiders Ken Rosenthal and Steve Phillips each reporting between one and two year contracts.

UPDATE: The #BlueJays are working on a one-year deal with Bautista with a club option for 2018 (per Steve Phillips). https://t.co/sozs253gvZ pic.twitter.com/sBvdK82vNY

In any case, this would be a huge signing for the Jays, who have had an underwhelming offseason in the eyes of most fans.

Bautista is a big name because of what he’s done in the past, but his effectiveness going forward is up in the air. Age appeared to catch up with him in 2016, as he saw his numbers drop across the board. If that was merely an off-year due to injuries slowing him down, he could be primed for a bounce-back year.

In other news, it appears a Bautista signing could spell the end of Victoria’s Michael Saunders time in Toronto, as he’s close to a deal with the Phillies.