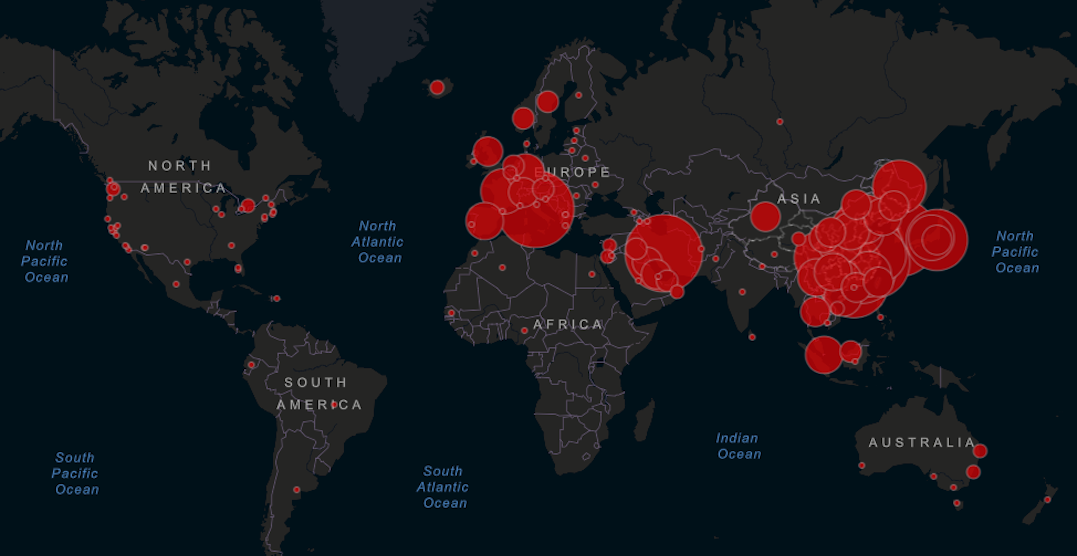 From travel advisories to airport screenings to a handful of cases in the country, the beginning of 2020 has seen many developments regarding the novel coronavirus — COVID-19 — across Canada.

And for those who wish to keep up with the coronavirus in nearly-real-time, there’s a map for that.

Developed by the Johns Hopkins Centre for Systems Science and Engineering, the interactive map is titled Coronavirus COVID-19 Global Cases, and offers a visual representation of all the world’s confirmed cases of the illness.

The dashboard is updated regularly with data from the World Health Organization and the Centre for Disease Control and Prevention, among other sources. 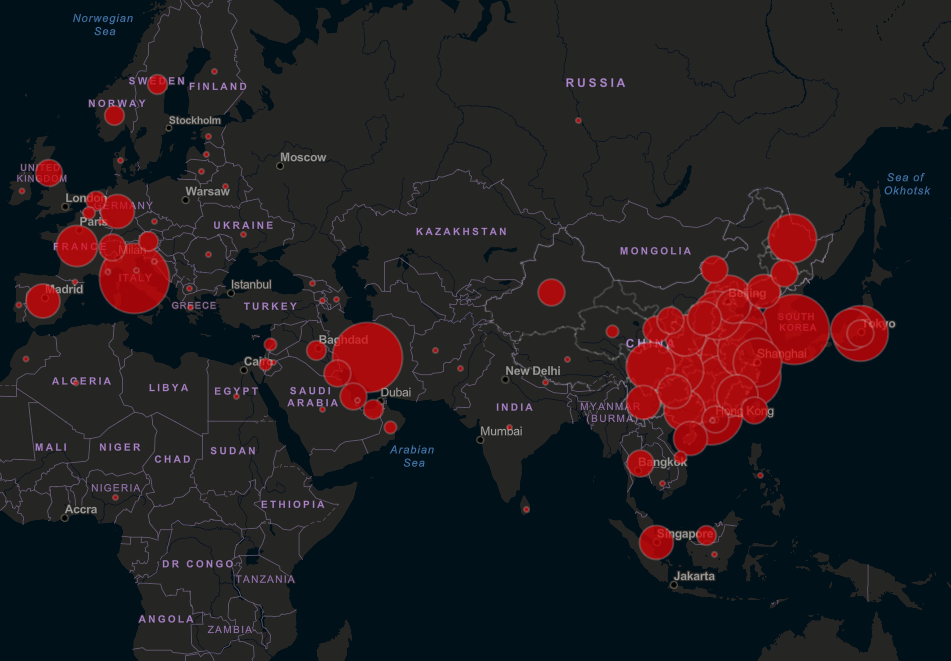 The map’s view from afar shows several stark, large red clusters overlapping each other in France, Italy, and Baghdad, while smaller spots hover over London, Germany, Sweden, Norway, and the UK.

The most severe sight is over China, where the cluster has grown significantly larger than it appeared in January.

The view of North America currently shows small-by-comparison, remote markings in a few areas across the United States, including New York, Chicago, LA, and San Francisco.

The country’s largest marking is located in Seattle, where there have been several confirmed cases, and one death from the virus. 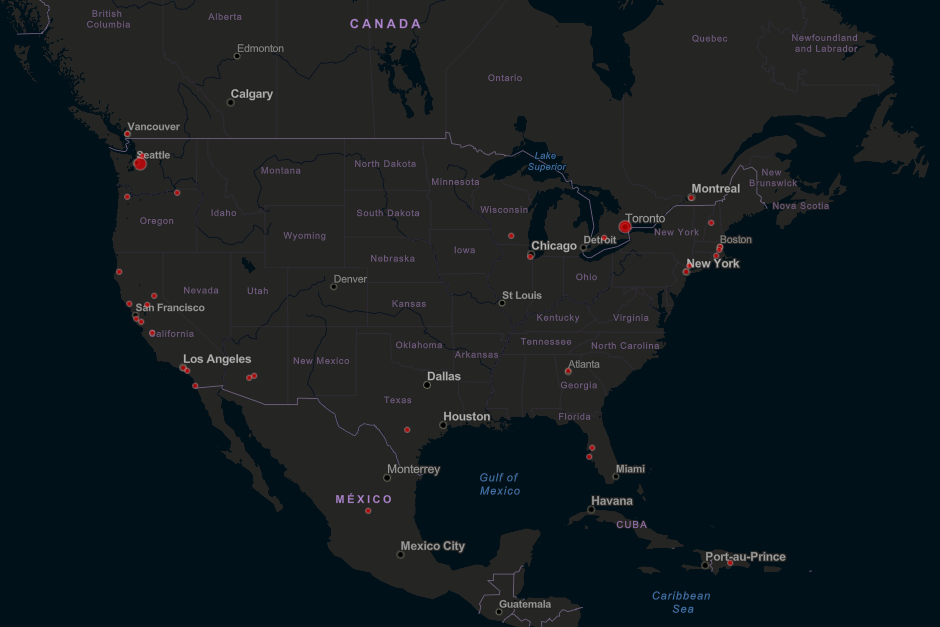 As of March 2, 27 cases of COVID-19 had been confirmed in Canada. Eighteen were reported in Ontario, while BC had eight, and Quebec had one.

Meanwhile, the World Health Organization is calling upon manufacturers to “urgently increase production” of personal protective equipment (masks, gloves, and the like), in order to meet demand. 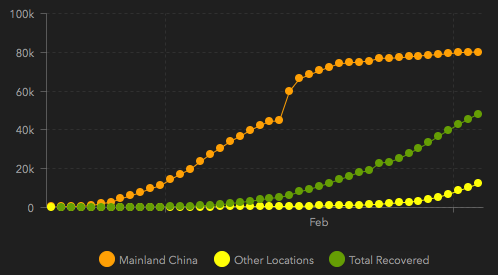