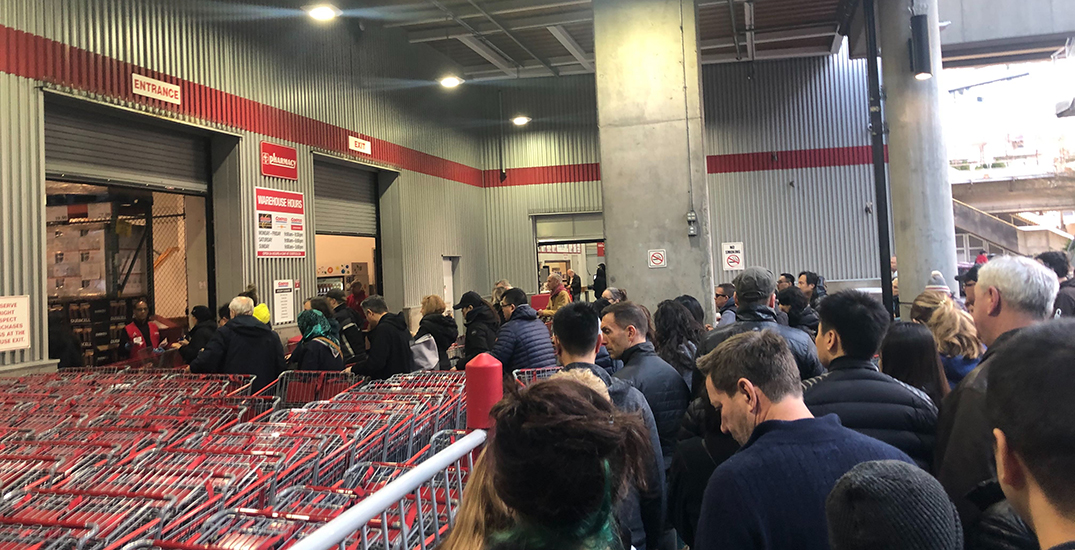 Could coronavirus fears make your trip to the grocery store more crowded than usual?

On Saturday, Washington State governor Jay Inslee declared a state of emergency after a man died of the novel coronavirus in the Seattle area. Five new cases of COVID-19 were also revealed in Canada that same day.

Now, in Vancouver, there are massive lineups at the downtown Costco that are even more brutal than a regular Sunday morning.

A Costco store associate told a Daily Hive staff member that items are flying off the shelves.

Looks like the lineups at the downtown Vancouver Costco are even worse than a regular Sunday morning pic.twitter.com/HzfMlvwjbp

At a Metro Vancouver Superstore, there were barely any rolls of toilet paper left on the shelves.

A run on toilet paper and instant noodles at Superstore. #Vancouver #COVID19 pic.twitter.com/QvL225rID1

This follows similar reports out of Washington of customers scooping up hand sanitizer, disinfectant wipes, and other essentials in case they need to be quarantined during an outbreak.

Daily Hive has reached out to BC’s Minister of Emergency Preparedness to ask what British Columbians should be doing.