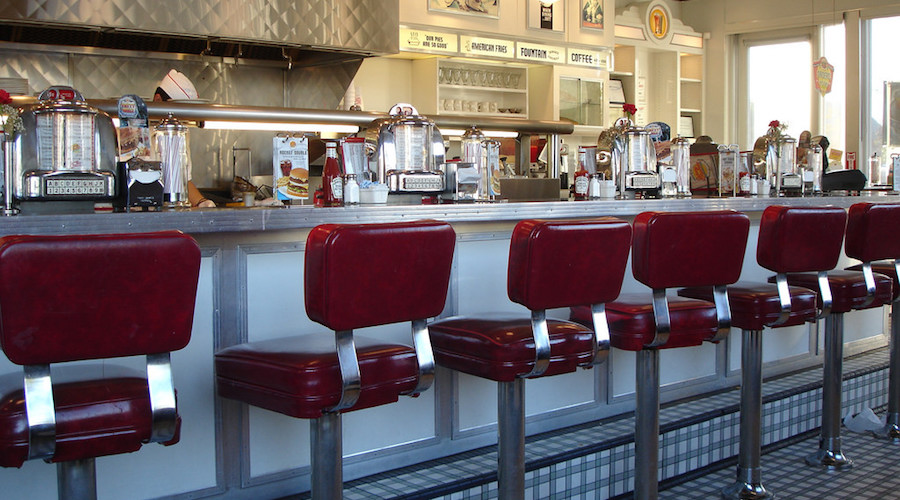 Thirty years after its debut on L.A.’s Melrose strip, American diner chain Johnny Rockets is headed to Vancouver. The burger and fries joint will open their first BC location at 755 Nelson Street next year.

The Canadian expansion has been in the works for sometime; Johnny Rockets secured a minimum 40-restaurant master agreement for the country with Canadian-born Lewis Gelmon late last year. Gelmon was a key player in expanding Domino’s Pizza across Canada in the 1990s.

Known for their classic diner-style menu of burgers, fries, shakes and more, Johnny Rockets locations have that retro vibe and decor. (And if I can stretch my memory back to many a high school-era Johnny Rockets meal in L.A., they always speared a duo of black olives on their sandwich picks with their reliably good basic grilled cheese. Do they still? I guess I’ll find out next year.)

For their first Vancouver location, Johnny Rockets will be in a roughly 1,950 square foot space featuring the chain’s new “Diner 2.0” store design. Situated at the corner of Nelson and Howe, Johnny Rockets is going in the 16-storey Manulife building, a structure that features eco-incentives like rain water harvest and energy efficient windows.

While we know we can expect several more Johnny Rockets to hit Canada in the coming years, following Vancouver’s debut in early 2017, the only other announced location is Victoria, going in at The Bay Centre, with a projected March 2017 opening.