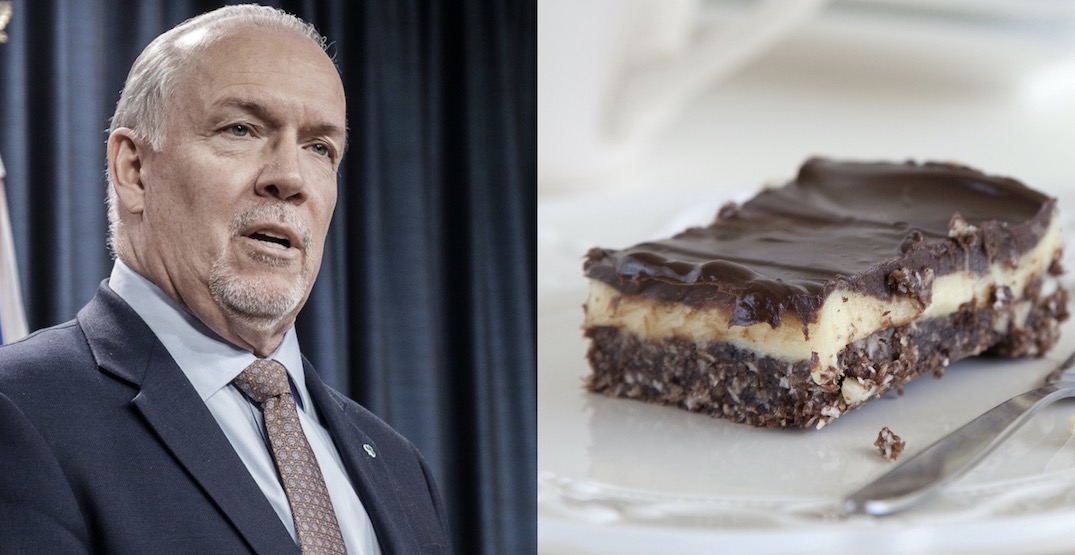 John Horgan came to the defence of the iconic Canadian dessert on Twitter this week after BuzzFeed Canada dubbed the wafer, nut, custard, and chocolate ganache creation a “Canadian Chocolate Bar.”

Doing what any loyal Canadian would do, Horgan tweeted BuzzFeed expressing his disdain for their chosen label, ending his tweet with “C’mon man.”

I love a good Nanaimo Bar. But “Canadian Chocolate Bars” ??

Thank goodness we have someone to stand up for Nanaimo Bars the way The Rock stands up for Hawaiian pizza, another national treasure.