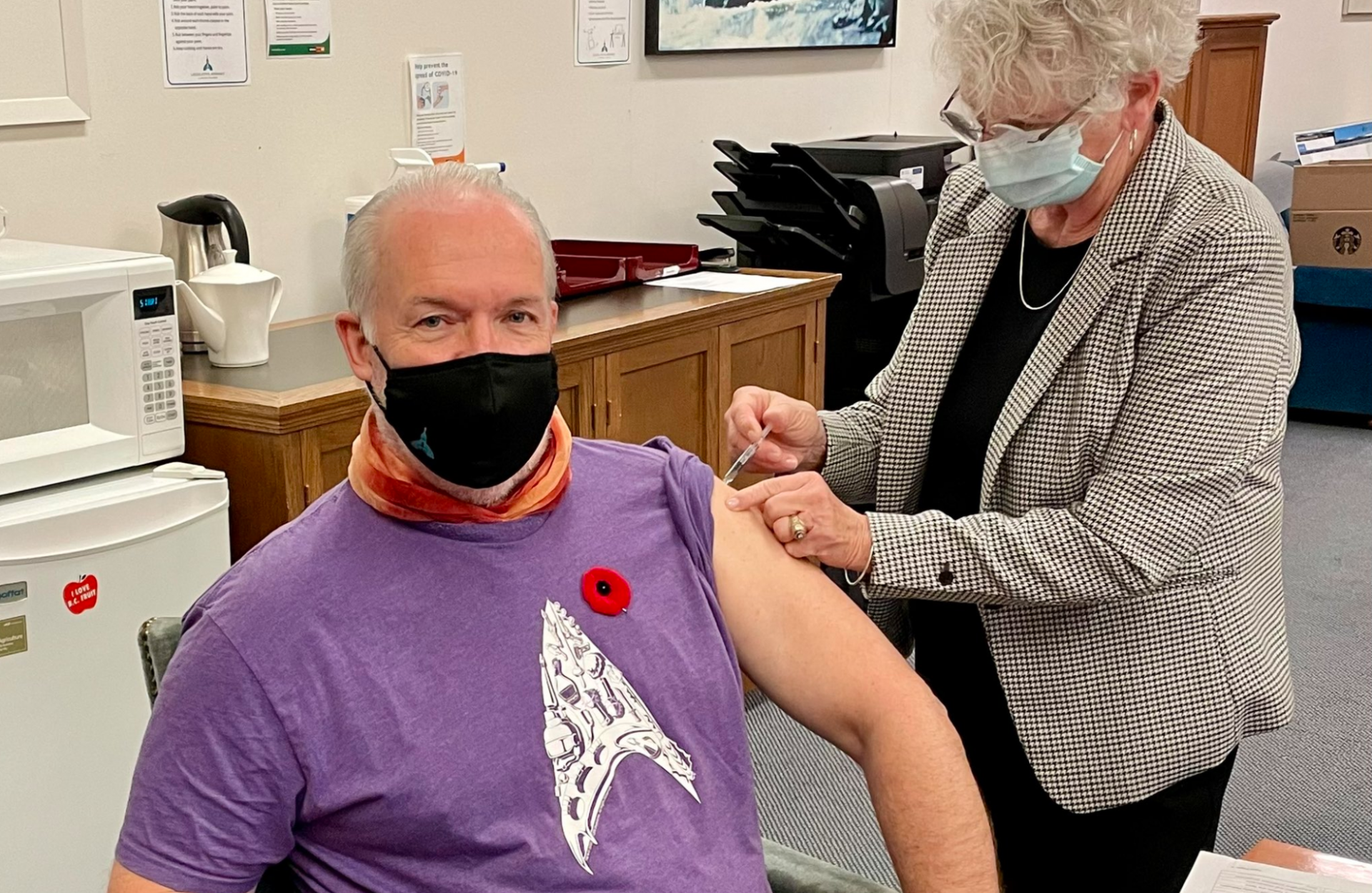 Premier John Horgan returned to work Wednesday at the BC legislature for the first time since his surgery for throat cancer — though in many ways, he never really left.

Staff in the premier’s west wing office say he’s been lighting up their phone lines shortly after undergoing biopsy surgery for a lump in his throat on Oct. 29.

As the rest of his cabinet and staff were going about the business of governing during an ongoing fall session of the legislature, Horgan was texting and calling up a storm from his Langford home, checking in on pet projects and killing time by asking for updates on a variety of subjects.

One staffer remarked it was the most they’d ever heard from the boss directly — because when he’s in his office on a normal day, his schedule is so jam-packed with meetings he lacks the time to be mass-texting anyone. Another person joked they might have to block the premier’s number due to the spam-level number of calls, though Horgan reportedly replied that he’d simply use a different phone.

Some, such as Susie Chant, MLA for North Vancouver-Seymour, who also happens to be a registered nurse, urged Horgan to take his sweet time recovering, and enjoy the break.

Instead, the 62-year-old premier chaired a cabinet meeting five days after his biopsy (though he spoke little due to his voice being weak). He later video-conferenced in to the BC NDP caucus meeting, taking well-wishes from fellow MLAs.

On Wednesday, Horgan came back to the legislature and resumed a regular day of in-person meetings.

The only sign anything was different was the orange scarf he had around his neck to cover the surgical scar. 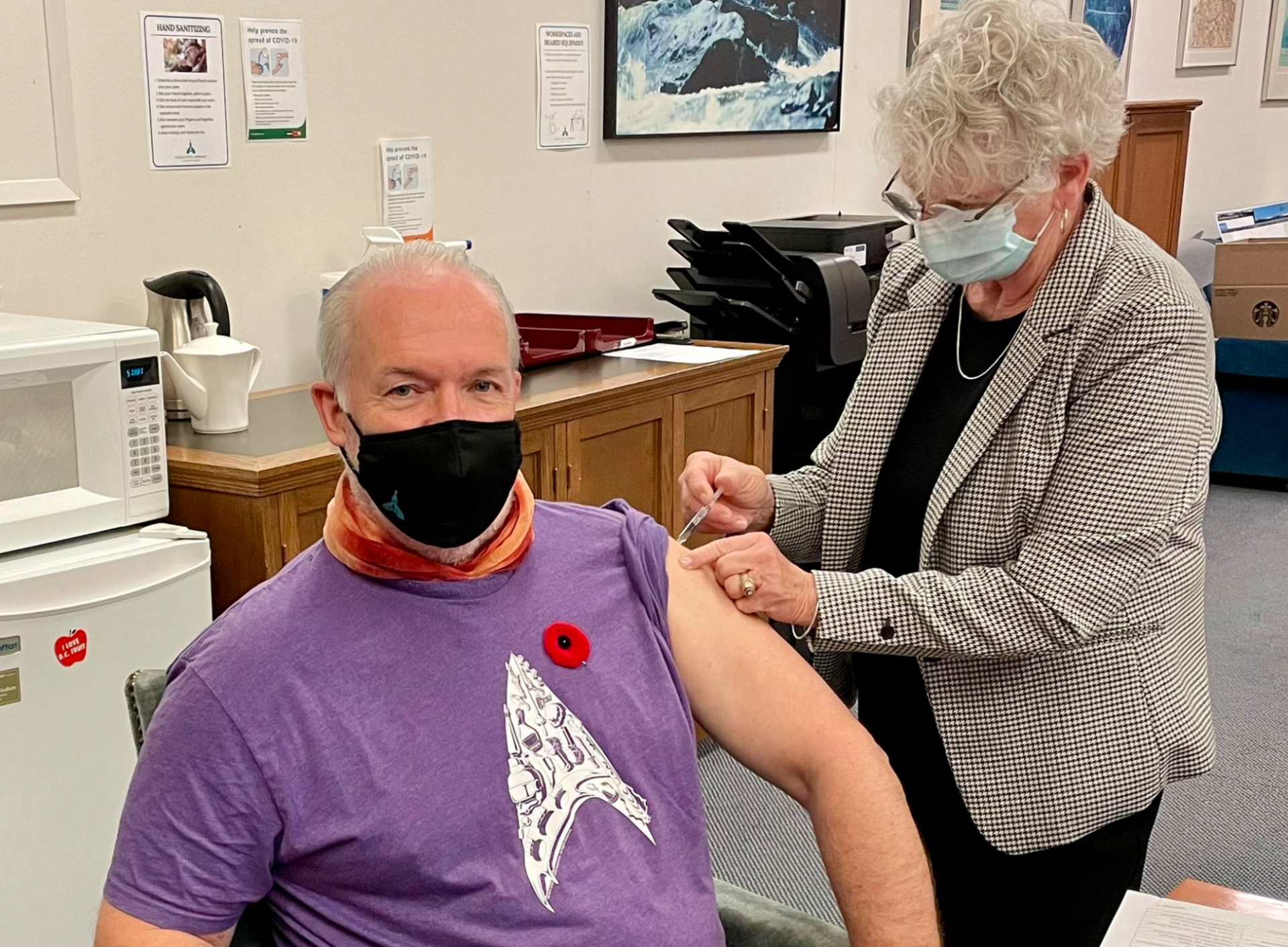 Lest the neck scarf run the risk of pushing him into the fashion territory of a flamboyant Keith Richards, Horgan toned it down with a purple t-shirt emblazoned with a Star Trek logo (the premier is a mega Star Trek fan). “Got my flu shot at warp speed,” he tweeted.

It’s not clear how often Horgan intends to hold to his regular in-person schedule.

The complicating factor will be the radiation treatment he’s set to begin next month. It could affect his speech, voice and swallowing, as well as sap his energy.

Officially, Horgan has said he’ll be back at full capacity in the early new year.

But I’ve known the guy for the better part of 14 years. He practically lives at the BC legislature. Sometimes he just wanders the building. On several occasions he’s been known to stumble across public tours in progress and take them over, leading school kids and members of the public around into normally off-limits places like MLA offices and the legislature library.

Suffice to say, the moment Horgan is ambulatory, he’ll be cruising the halls of the legislature like a starship captain pacing the bridge of his ship.

Until then, and in the early days of the premiers health challenge, it appears to be business as usual at the capital.