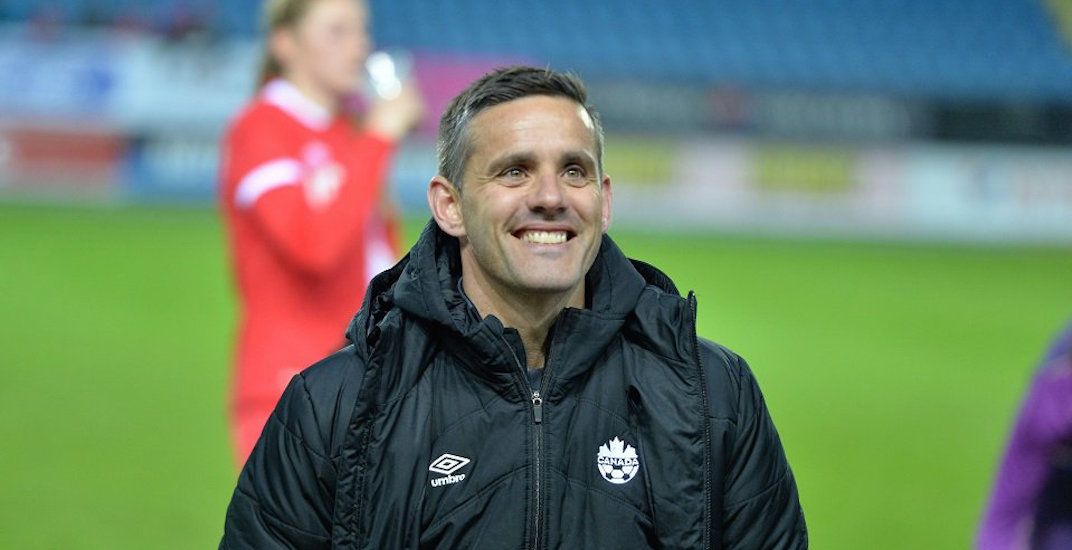 Can he bring Christine Sinclair with him??

The Canadian Soccer Association surprised more than a few people on Monday evening, announcing that John Herdman will be taking over as head coach of the men’s national team.

Herdman comes to the men’s side from the Canadian women’s national team, where he brought unprecedented success to this country. Under Herdman since 2011, Canada won back-to-back bronze medals at the Olympic Games and achieved a national record world No. 4 ranking.

The 42-year-old English-born coach takes over from Octavio Zambrano, who has departed the national team program less than 10 months after first accepting the position. Kenneth Heiner-Møller will take over as women’s national team head coach after serving as an assistant alongside Herdman since 2015.

Herdman takes over responsibility for not only the men’s national team, but also all men’s national youth teams from the U-14 age level and up. In essence, he’ll try to build a development model for male soccer players in Canada just as he did for female players.

“It’s a great honour to join the men’s national team program and I want to thank Canada Soccer for this opportunity to grow and develop the sport in this country through a one country, one system approach,” said Herdman. “Working with Canada Soccer’s women’s program, and the remarkable players and staff who have made the past six years so incredible has been an absolute privilege, and I am confident the team and entire national women’s team program are in excellent hands.

“I am keen to put a lasting mark on a program full of potential with as we work towards the ultimate goal of representing Canada on the world’s biggest stage at the FIFA World Cup.”

The challenge for Herdman is a big one.

But if anyone can bring respectability to the men’s team, it just might be Herdman.

Well liked by his players, Herdman is an inspirational speaker. He’s also done more for the women’s program than simply ride Sinclair’s coattails. As Sinclair has entered the twilight of her career, the women’s program has been boosted by the next generation of talent – something that Herdman deserves credit for.

It may be unrealistic to hope for a 2022 World Cup berth, but with Canada part of the frontrunner North American bid for the 2026 event, Herdman may indeed get to coach Canada in the world’s biggest tournament one day.

“It’s an exciting new challenge at a time in my career where I feel like I’m ready for it,” Herdman said. “This is an amazing country where I’ve been able to spend six years on the women’s side of the game, but with the 2026 World Cup on the Horizon and the opportunity with the men’s side there’s a genuine chance to put a system in place here that can really take the men’s program to another level.”