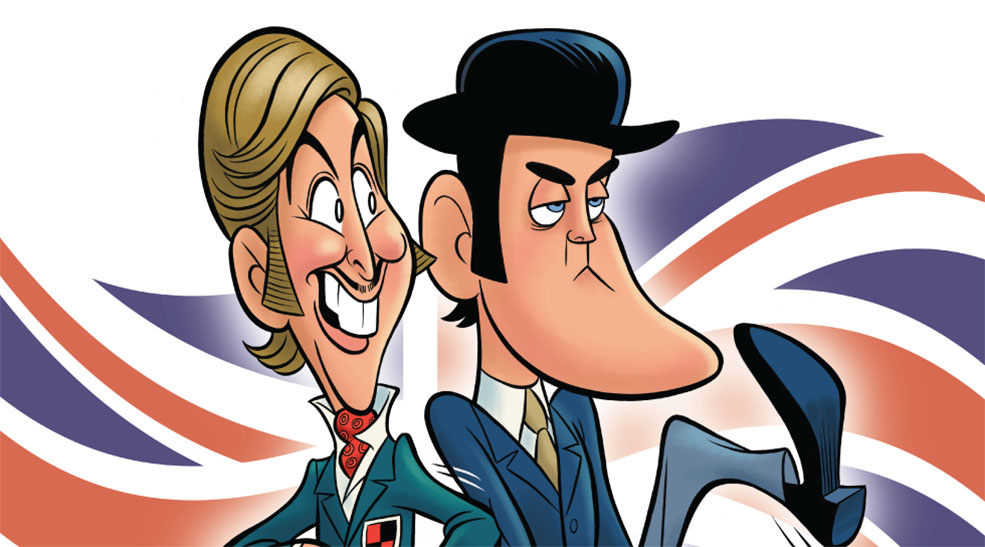 British comedy legends John Cleese and Eric Idle are coming to Vancouver in October, as part of a new North American tour along the West Coast.

The duo are bringing their Together At Last…For The Very First Time Ever! show to Queen Elizabeth Theatre on October 21.

According to a press release, the show will blend scripted and improvised bits with storytelling, musical numbers, exclusive footage and aquatic juggling.

“No two shows will be quite the same, thus ensuring that every audience feels like they’re seeing Together Again At Last…For The Very First Time, for the very first time,” it reads.

As founding members of Monty Python, Cleese and Idle are renowned for their irreverent, absurdist sensibility – now emulated by comedians around the world.

We suspect the pair may have had a hand in the profiles included in the release.

“[Cleese] served briefly as Minister of Defence in the John Major Cabinet,” it reads. “He recently completed his autobiography So, Anyway… which was described by the Daily Mail as ‘self-obsessed.’

“Long unmemorable as an actor, Eric Idle has trotted out an interminable number of glib performances in funny wigs and a bad moustache,” says the release.

“But it is as a writer that he will be best forgotten.”

Tickets go on general sale on Monday, June 20 but can be unlocked now on Ticketmaster using code COMEDY.