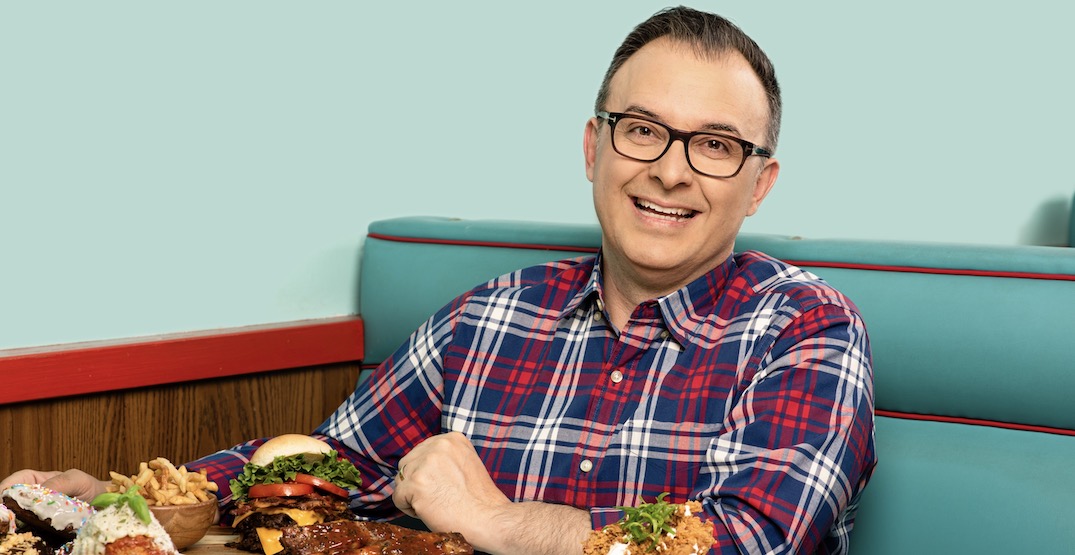 Foodies across Canada will soon be able to tune into Season 2 of Big Food Bucket List, the show that takes viewers on a truly delicious tour of the most buzz-worthy eats in North America.

While host John Catucci visited several stellar spots located south of our border, the Toronto-native carved some time out of his busy eating schedule to talk to Daily Hive about the Canadian eats that blew his mind on this upcoming season.

During his cross-country dining experience, Catucci landed in seven provinces and a whopping 10 Canadian cities.

Naturally, we had to ask: What are the criteria for a true, blue bucket list restaurant?

“There are so many different layers that you look for in a restaurant,” says Catucci over the phone. “The vibe, the food, the energy, what people are talking about.”

“You look for food that shoots beautifully…but really it comes down to taste.”

Catucci also added that an interesting chef with a good story never hurts either.

Luckily, it sounds like he got to connect with some amazing Canadian culinary stars, including Chef Abdallah El Chami of Victoria’s Superbaba, Chef Alex Cohen of Montreal’s Arthurs Nosh Bar, and Chef Joël Watanabe of Vancouver’s Bao Bei, to name just a few.

Naturally, we had to ask him about his Toronto highlights.

Catucci said while all the restaurants are incredible in that city, he was particularly thrilled to head into Italian-style snack destination Bar Buca, describing the eatery’s house-made burrata as “heaven on bread.”

As for the West Coast food stop highlights, who can resist a hot dog? Certainly not Catucci, who described the hype he had heard around Vancouver’s Japadog prior to heading there.

“People just loved it, they lost their minds over it,” he says.

Catucci told us the once-modest food-cart-turned-local-phenomenon provided him with “that perfect bite” via their signature fusion ‘dogs.

“It’s all about celebrating food and the cities and the neighbourhoods. At this moment we really need it,” says Catucci.

From Victoria, BC, to Lunenburg, Nova Scotia — this season sounds like it will be taking us on some drool-worthy adventures.