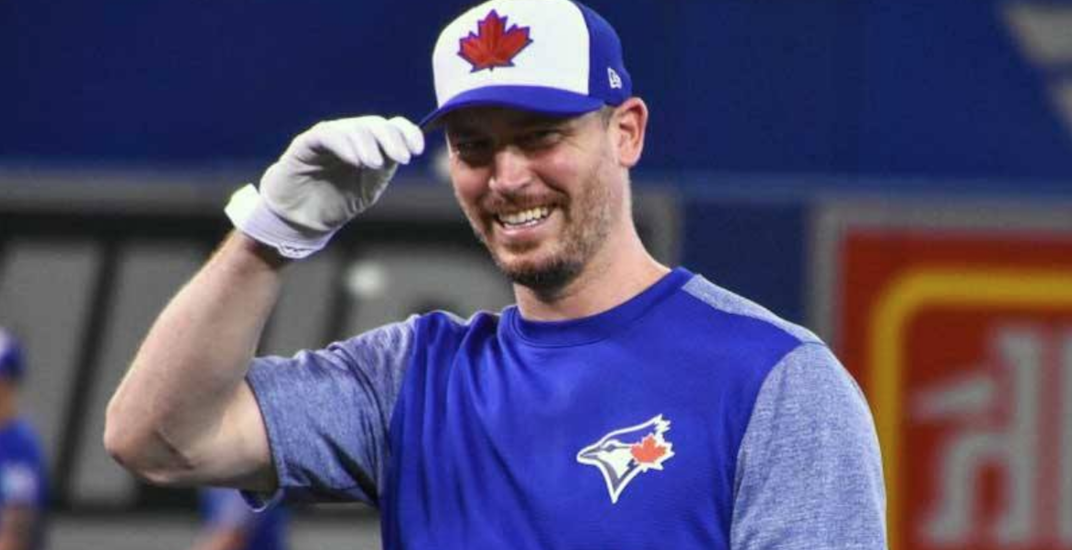 If the mound on a baseball field is like a pitcher’s office, the bullpen is their waiting room. As with many staging areas, it’s a lot of sitting around and waiting for something … anything to happen.

Relief pitchers like the Blue Jays’ John Axford know this better than anybody. The 10-year veteran has spent his fair share of games just sitting there in his jacket, hoping to get a call from the dugout to warm up.

When they aren’t called into action, relievers sit in the bullpen and wait to be summoned. It could be innings or even days before they’re asked to work. With all that waiting in the bullpen, relievers often find creative ways to pass the time.

Last week, one of the Oakland A’s relievers played rock-paper-scissors with a fan as a means to stay entertained. In the case of Axford, he just had to sit there in the bullpen and eavesdrop.

The Blue Jays’ reliever tweeted out an encounter he overheard during the Blue Jays-Phillies game on Friday night at Citizens Bank Park in Philadelphia. It sounds like at least one person in this interaction had a really bad night.

Dear couple that clearly broke up while standing near our bullpen in the 5th inning today,

Lovely entertainment for a few minutes, but we hope you’re ok. Feel free to come back tomorrow and discuss with us. We can provide the third party point of view!

Ever the diplomat, ever the Canadian, Mr. Axford essentially offered up his services as a counsellor for this couple. Calling it quits in a public place like a Major League ballpark is a gutsy move, but doing it so loud that Axford and the Blue Jays’ bullpen heard every word of it? That must’ve been one really messy breakup.

If he’s looking to make a little bit of money on the side (and occupy himself until his turn to pitch), maybe Axford looks into accepting patients for his in-game practice?

On Sunday, the Port Dover, Ontario native updated his followers on the status of the couple in question. He hasn’t seen or heard from them since the initial incident.

We, in the bullpen, assume they’re somewhere between the Bargaining and Depression stages of grieving.

We recommend escaping in a good movie alone. Let the tears out. Then surround yourself with friends. Acceptance soon awaits.

This is some sage advice from a wise man.

For whatever reason, relievers always make the best mentors. Maybe it’s because they have a lot to ponder for six or seven innings before they even get a chance to play.

When he isn’t throwing 97-mile-per-hour fastballs out of the bullpen for the Blue Jays, Axford knows how to use his softer side to guide people through a tough breakup.

If you ever feel like you need a relationship advocate at the ballpark, it’s good to know there are people like Mr. Axford out there for support.