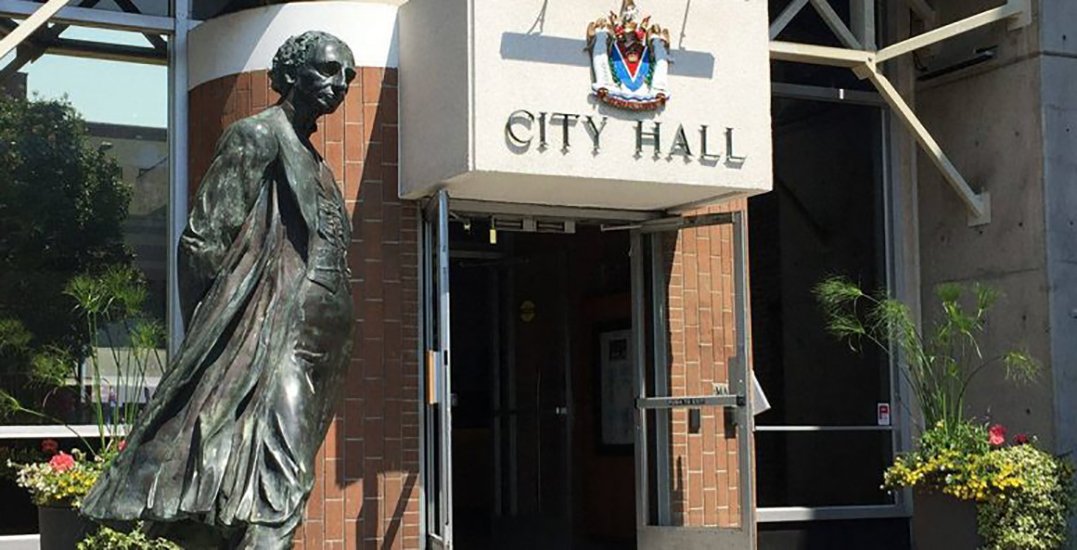 The majority of Canadians want John A MacDonald’s name and image to stay in public view, says the latest poll from the Angus Reid Institute.

A statue of Canada’s first Prime Minister was removed from outside Victoria City Hall on August 11, after city council voted to take the statue down due to MacDonald’s role as a leader of violence against Indigenous people.

Also, less than three weeks ago, a similar statue located outside downtown Montreal’s Place du Canada was vandalized for the second time this summer.

According to poll results, seven-in-10 Canadians were in favour for keeping the former Prime Minister’s image in public view, overwhelming the one-in-10 participants who wanted his name and image removed. 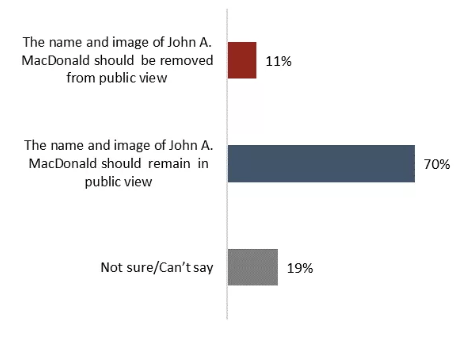 55% of participants in the study were opposed to removing the statue at Victoria City Hall from its original spot but were unable to decide whether it should be returned to its original spot, displayed elsewhere publicly, or placed in a museum.

The majority of those who opposed the removal of the statue seemed to stem from either Alberta or Saskatchewan – two provinces that showed the highest levels of opposition.

In addition, the majority that opposed the removal were voters of the Conservative Party of Canada (CPC). 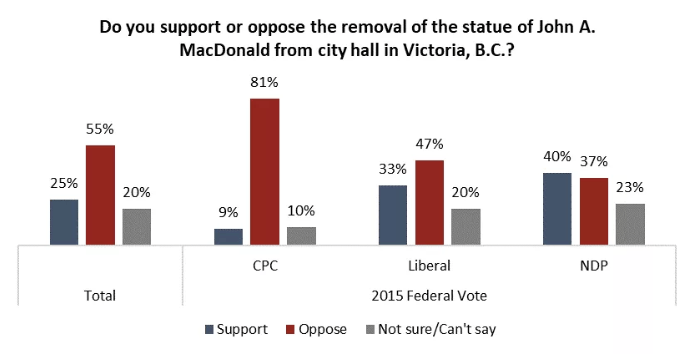 The bottom line, it seems, was that most believe that remembering the trauma of residential schools should “not come at the expense of memorializing the country’s first Prime Minister.”

Half the country, however, was in favour of a statutory holiday or designated day of remembrance to commemorate the legacy of residential schools.