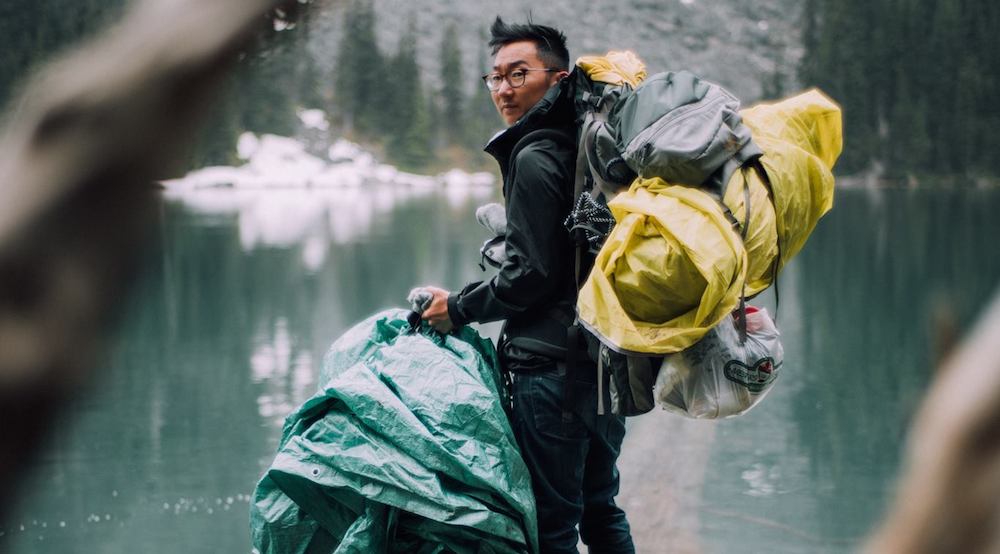 First it was the Keyhole Hot Springs, and now it’s Joffre Lakes.

Using these two examples, Vince Emond said BC Parks are getting “destroyed” by careless users who can’t be bothered to pack out the trash they brought in.

But instead of just criticize, he and his friend Devan Francis recently decided to take matters into their own hands.

“Living in Whistler, I’m surrounded by people who love nature and respect it,” Emond told Daily Hive. “I try my best to pickup wrappers or trash that I find out in the wilderness so this just came natural to me.”

His friend Devan, he said, “also has a strong respect for nature so it was a no-brainer to collect what we found and pack it out.”

In total, the pair carried nearly 40 pounds of “other people’s garbage” down from Upper Joffre Lake during a recent trip to the popular destination.

“The majority of the trash was found just behind a boulder on the trail Sunday afternoon,” Emond explained. “We filled our packs and whatever bags/containers we could find Monday morning and hiked it down with us to bottom of the trail.”

The garbage they found included things like “massive tarps, tent, party cups, etc, found in mini dumps of garbage along the side of trail,” he said. “Many people thought Devan and I went out to Joffre on a sort of trash-pickup mission, but in reality we we’re just looking to camp the night like everyone else.”

Emond said they” dodged so many tourists” on the way down that it made him realize how many people walked past all that garbage and “didn’t think to collect it and dispose of it properly.”

For Emond, the message is simple and clear: “The crowds are growing, and so should our responsibility. We’ve all heard it: ‘Pack it in, pack it out.'”

“What if we… pack out things that don’t belong to us?” he suggested. “Bring an extra garbage bag or small pack to collect any rubbish you find. Maybe make it a game with your friends?”

No matter how people choose to approach the task, the idea should be to help “our parks stay clean and you help spread awareness.”