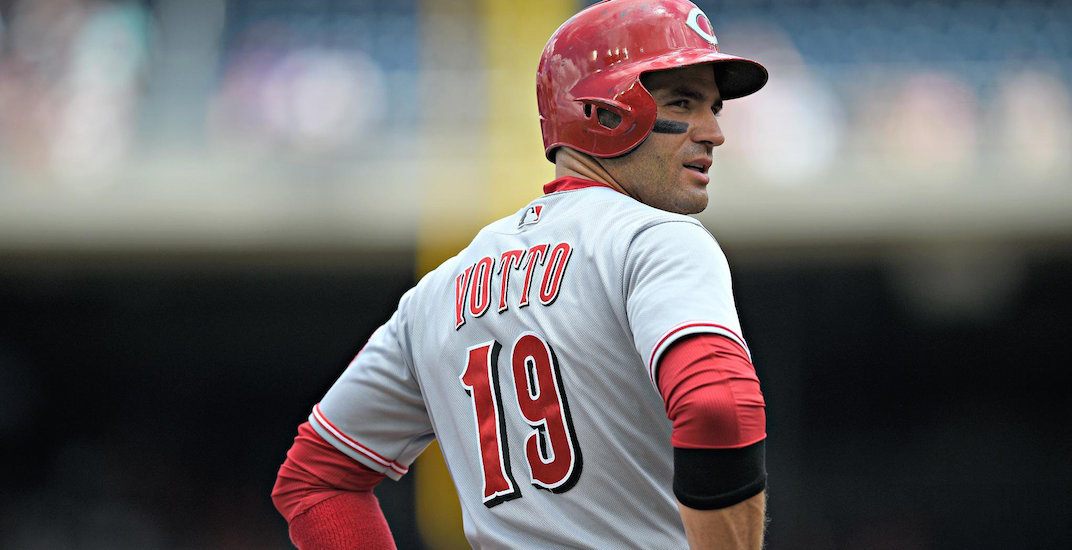 Canadian Major League Baseball star Joey Votto caused quite the stir on Tuesday, after people in his home country heard his comments about baseball in Canada.

Appearing on the Yahoo! Sports MLB Podcast, the Cincinnati Reds All-Star was asked about his home and native land.

“I don’t care almost at all about Canadian baseball,” said Votto, who is known for being outspoken. “I wasn’t raised inside of Canadian baseball really […] I’m coming up on half of my life being in the United States working and being supported by American baseball.”

Those comments by Votto, who is from Toronto, angered many back home.

As an unbiased journalist, I understand where Votto is coming from in some of these comments. As a Canadian, I have to admit, I find them extremely disappointing. https://t.co/c7D0xwNO86

Some of the people who helped Votto as a teenager in Etobicoke dedicated almost all of their free time to growing ‘Canadian baseball’ so kids like Votto had a chance to develop into pro prospects. Hell of a way to say ‘thanks’. What a weird thing to say: https://t.co/bgr1D9MUkj

I would sure hope — unless a thorough explanation & apology comes quickly — that Joey Votto’s comments today disqualify him from ever getting into @CDNBaseballHOF.

I don’t care almost at all about Joey Votto.

He’s not also not so fond of the James Paxton story, who became the first Canadian to throw a no-hitter on home soil last week.

“As far as Toronto, and Canadian baseball, and the country of Canada, and [James Paxton] being Canadian, I don’t care at all,” Votto added. “[Paxton], or the Jays, or Canada, in general, may disagree with that, but I really couldn’t give a rat’s ass about that.”

Today, Votto was in damage control, writing an open-letter on the Canadian Baseball Network’s website:

I was asked recently about James Paxton and his no-hitter on Canadian soil. I am not sure how I could have been so ridiculously selfish and short-sighted in my reply.

When asked about baseball in Canada, the Blue Jays and specifically this event, it took me back to the times and my resentment for not making Team Canada in high school, not being drafted by the Toronto Blue Jays out of high school, or not being picked for the Olympic team while in the minor leagues.

Clearly my reply came out of a side of jealousy for a Canadian baseball athlete being celebrated in the City of Toronto. It was an odd reply and one I am terribly ashamed of.

I’ve won multiple Lou Marsh awards and several Tip O’Neil awards (seven). Each of them I stage proudly in my house next to my major league baseball awards. I go back to Toronto each off season and feel renewed every time I cross the border to my home and native land.

I get excited and feel honored every time I interact with the future of Canadian Baseball whether at a Baseball Canada banquet, the World Baseball Classic, or Pro Teach Baseball indoor facility in Etobicoke.

As I write this I am saddened that I was so flagrant with my remarks and more importantly that I offended so many people that mean so much to me.

To James Paxton, the Blue Jays, the Toronto fans, the women and men all across Canada that work so hard to promote and support Canadian baseball, I am sorry for my selfish comments and I humbly ask for your forgiveness.

Votto is an outgoing guy, known for playing tricks on opposing fans and speaking his mind. But he’s never been publicly disrespectful to Canada. In fact, the five-time All-Star has played for Canada at the World Baseball Classic – a tournament that many star players skip – on two occasions.