Jody Wilson-Raybould, Canada’s Minister of Veterans Affairs and Associate Minister of National Defence, has announced she is resigning from her position in Prime Minister Justin Trudeau’s cabinet.

With a heavy heart I have submitted my letter of resignation to the Prime Minister as a member of Cabinet… https://t.co/Ejjh8smwYO

Wilson-Raybould will, however, be staying on as an MP in Vancouver-Granville.

In a letter published on her website, Wilson-Raybould thanked the residents of Vancouver-Granville, while stating that her resignation as Minister of the Crown “in no way changes my commitment to seeing” her goal of “implementing a positive and progressive version of change on behalf of all Canadians.”

The announcement comes just a day after Canada’s ethics commissioner has launched an investigation into the involvement of the Prime Minister’s Office stemming from allegations that the PMO tried to provide Quebec-based construction and engineering company SNC-Lavalin with a reduced punishment stemming from serious corruption charges.

Wilson-Raybould was the Attorney General of Canada from November 4, 2015, until January 14, 2019 and is at the centre of the ethics investigation.

You can read her full letter below: 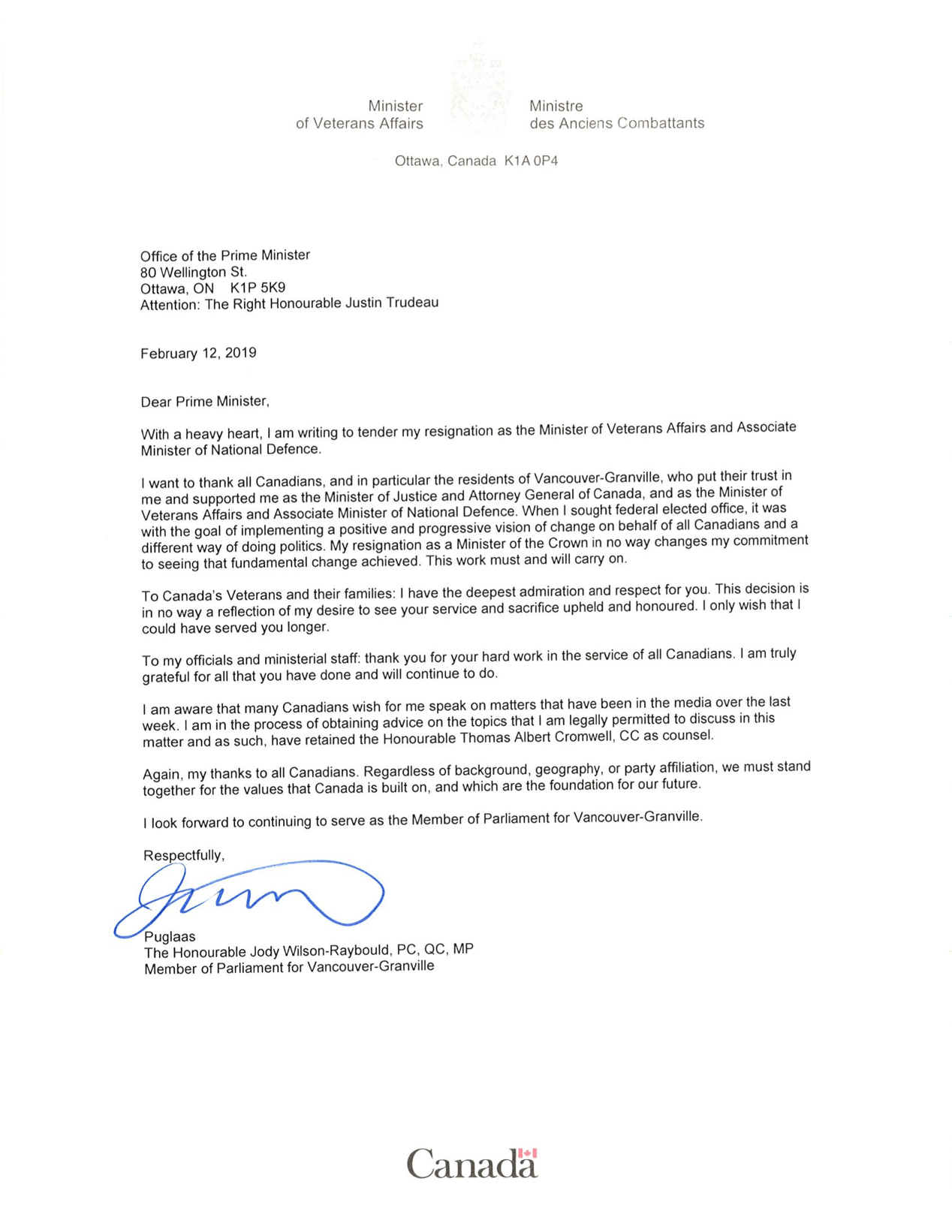