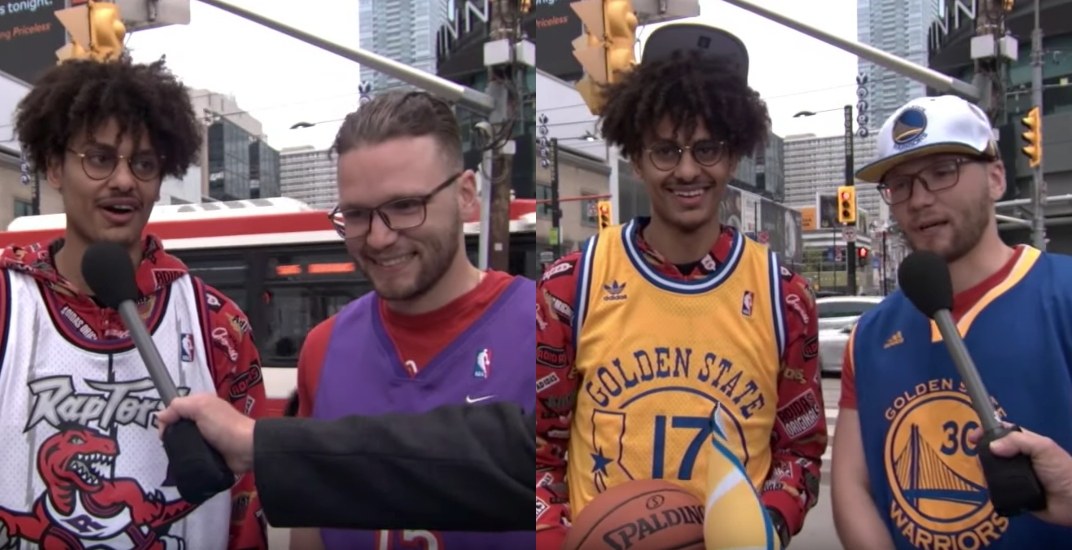 It’s been a rough 24 hours for Toronto Raptors fans.

Not only did their team lose Game 5 of the NBA Finals — postponing a potential championship party — they drew the ire of basketball fans and media for cheering Kevin Durant’s injury.

Making matters worse? Jimmy Kimmel was up to his old tricks.

After previously making fun of Canadian trash talk, Kimmel sent a camera crew up to Toronto to have some fun at the expense of Raptors fans.

“The Raptors are the first Canadian team ever to play in the Final, and they’re beloved not just by a city, but a nation of very loyal fans,” said Kimmel. “Or are they loyal fans? We do not know. We want to put their loyalty to the test.”

Raptors fans were asked to pretend they were cheering for Golden State under the guise of an ABC promo video.

The results were hilarious: