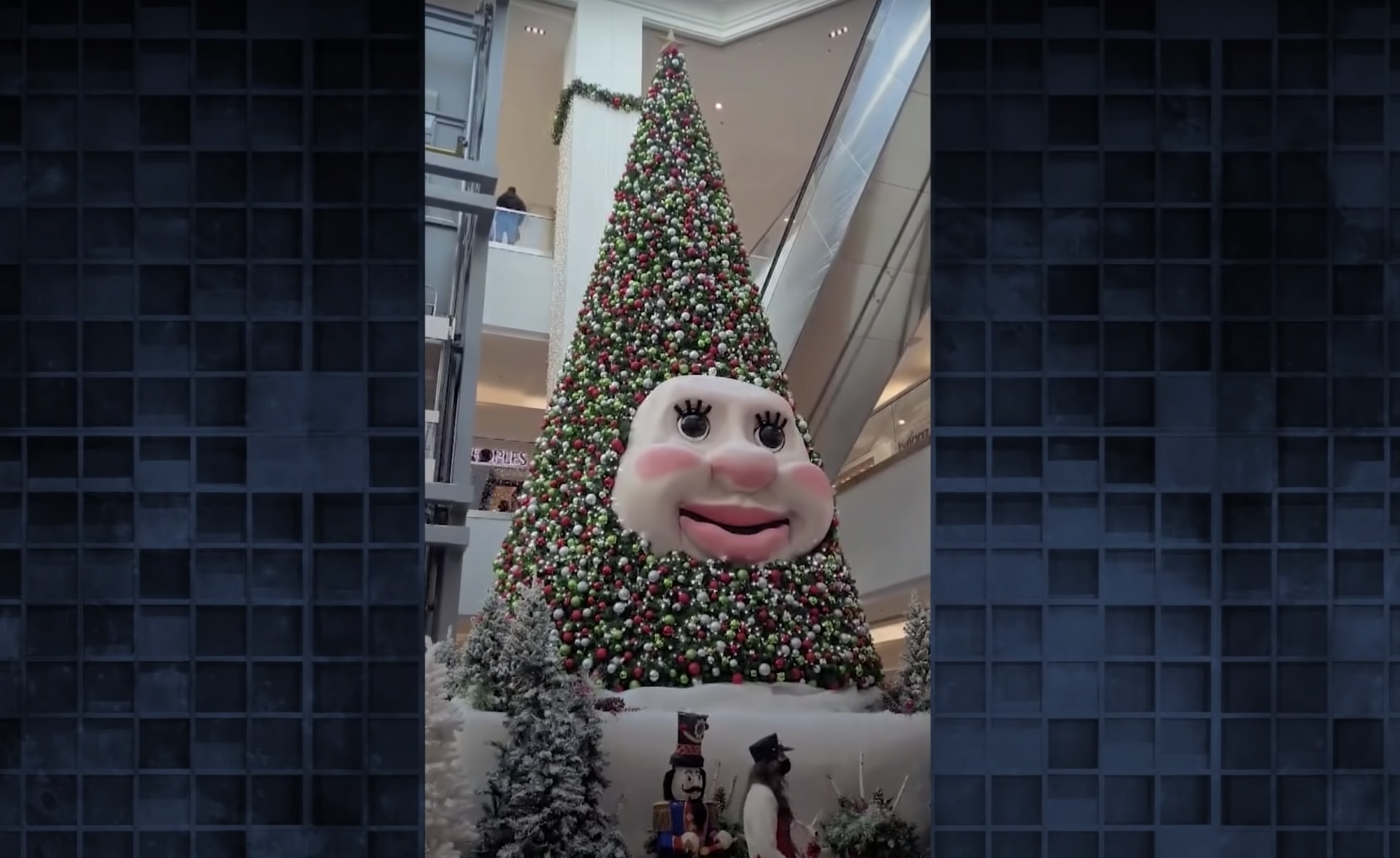 In his monologue last night on The Tonight Show Starring Jimmy Fallon, Fallon joked about the giant tree and its robotic, talking face.

He then played a clip of Woody wishing customers at Mic Mac Mall happy holidays.

An unofficial account for Woody responded to its feature on Fallon on Twitter. “Jimmy Fallon is fine but I haven’t truly made it until I’m on @22_Minutes,” he wrote.

Mic Mac Mall was Woody’s home during the holiday season for 20 years, until it began falling apart and was thrown in the trash in 2006, according to the CBC.

The talking tree is back after 15 years with a new face and still has Canadians talking.

Some were sentimental, even proud about its return.

i want to introduce all my non-Haligonian twitter friends to a hometown hero.

Our local mall Christmas 🎄 nightmare is back after 15 years.
Woody The Talking Christmas Tree pic.twitter.com/oFlm8Z5tmK

After 15 years my mall brought back a talking Christmas tree named Woody.

My fear has been ignited, I’m almost 21.

I feel tempted to post this to the lounge knowing it’ll scare them.

Holiday Nightmare fuel straight out of Nova Scotia. I present to you, Woody, the talking Christmas Tree. pic.twitter.com/CswJp75k0q

Either way, the tree definitely rings in the holiday season one way or another.