A new major public plaza on Davie Street in downtown Vancouver’s West End neighbourhood could be ready in time for Vancouver’s 2016 Pride festivities.

Last week, Vancouver City Council unanimously approved to turn half a city block of Bute Street from Davie to Burnaby streets into a permanent pedestrianized space named after Jim Deva, a well-known LGBTQ activist who passed away last year.

The plaza will cost $2.3 million to construct and is being implemented as the first phase of a multi-year project to improve the Davie Village’s public spaces. The design elements will include special paving to identify the public space, an extension of the symbolic rainbow elements already found at the rainbow crosswalk, standard benches, custom tables and chairs, raised crossings to enhance bicycle and pedestrian connections, suspended wire-based catenary lighting, and power and water connections and projector lights for special events.

On the northeast corner of the plaza, there will be a “Speaker’s Corner” soapbox to commemorate the life and legacy of Deva.

“He was a catalyst and lo and behold, in a matter of time, it would become a big community effort,” said Mayor Gregor Robertson. “It acknowledges his incredible contributions to the city, but it’s also about the community.”

“I love this concept of making it the ‘best-of-all-possibilities’ plaza, public space, park and outdoor museum. It’s somehow integrating all these concepts into one. It’s going to be a model for other public spaces in the city, and I fully expect other cities will look at this as a great model.”

Other elements that have been approved include widening the sidewalks on the south side of the intersection of Davie and Bute streets, renewing the rainbow crosswalk stripes with new paint, and installing a new accessible automated public toilet. The existing cul-de-sac at the intersection of Bute and Burnaby streets will be removed to allow vehicle access into the lane.

Future phases of the Davie Village Public Space Improvements project call for public space improvements to the north side of the intersection of Davie and Bute streets, an overhead public art feature above the rainbow crosswalk, and a mid-block pedestrian crossing on Davie Street between Thurlow and Bute streets.

There could even be a LGBTQ ‘outdoor museum’ within the plaza with displays and a kiosk that recognize the history and contributions of the city’s LGBTQ community.

The decision to approve the plaza follows a 14-month pilot project from July 2013 to September 2014 that converted the same space into a temporary plaza. 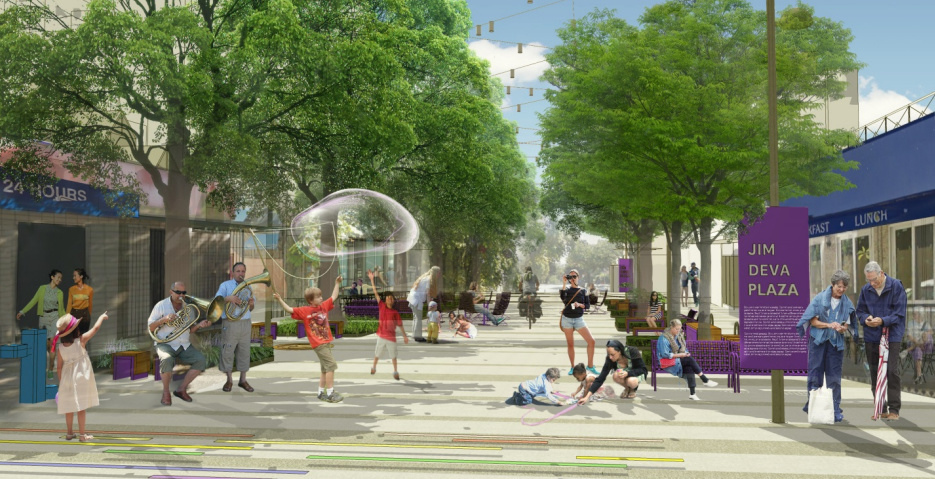 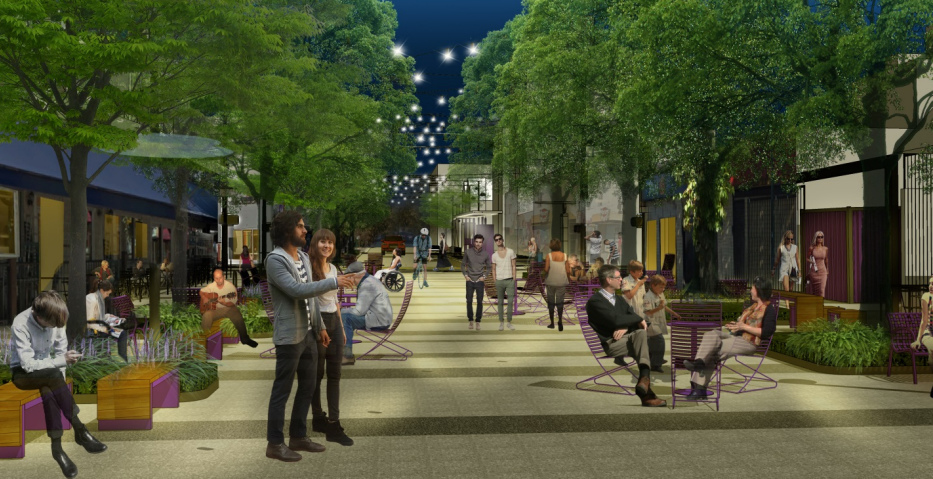 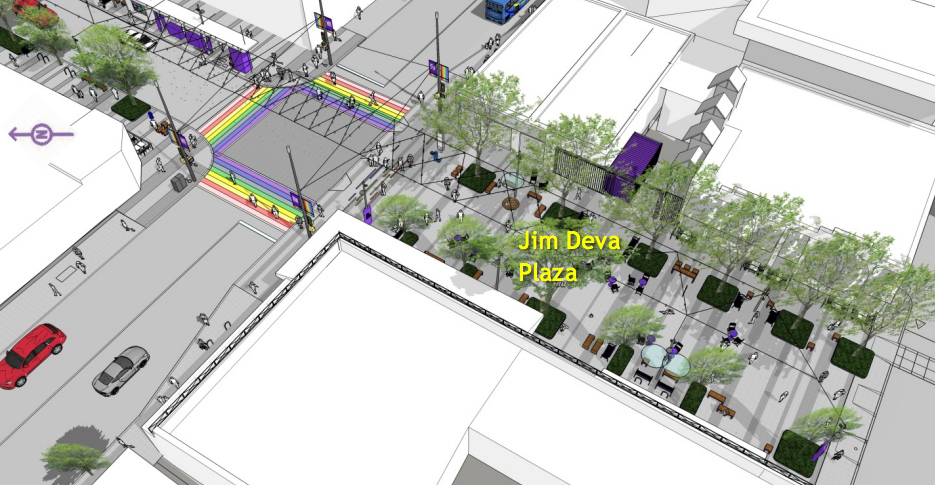 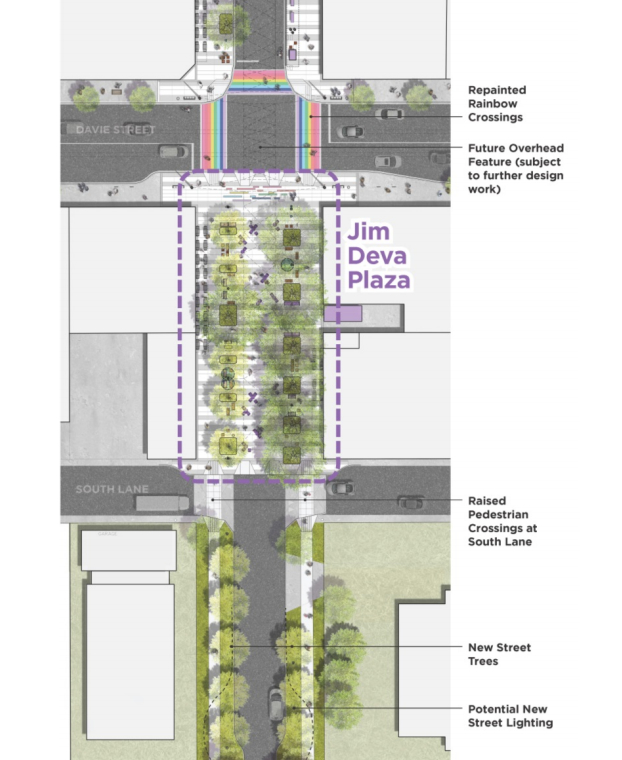 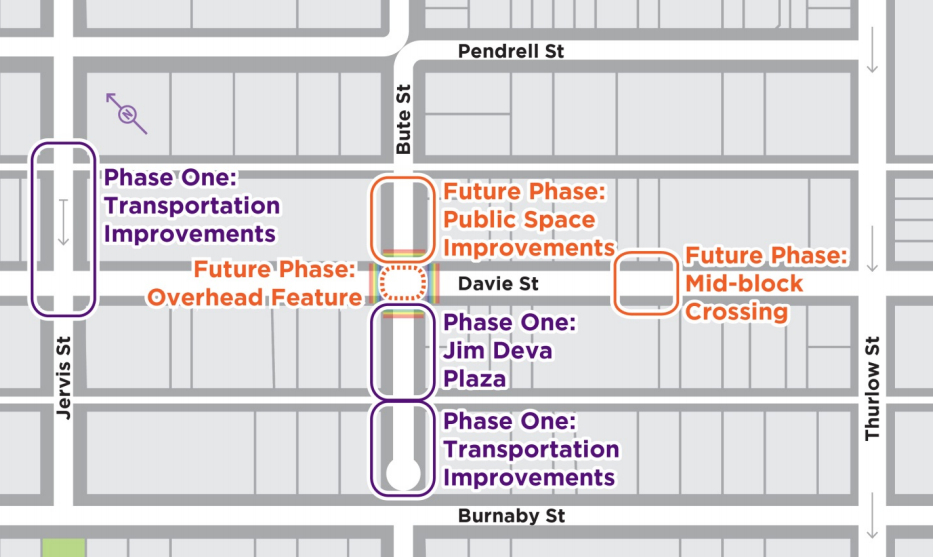 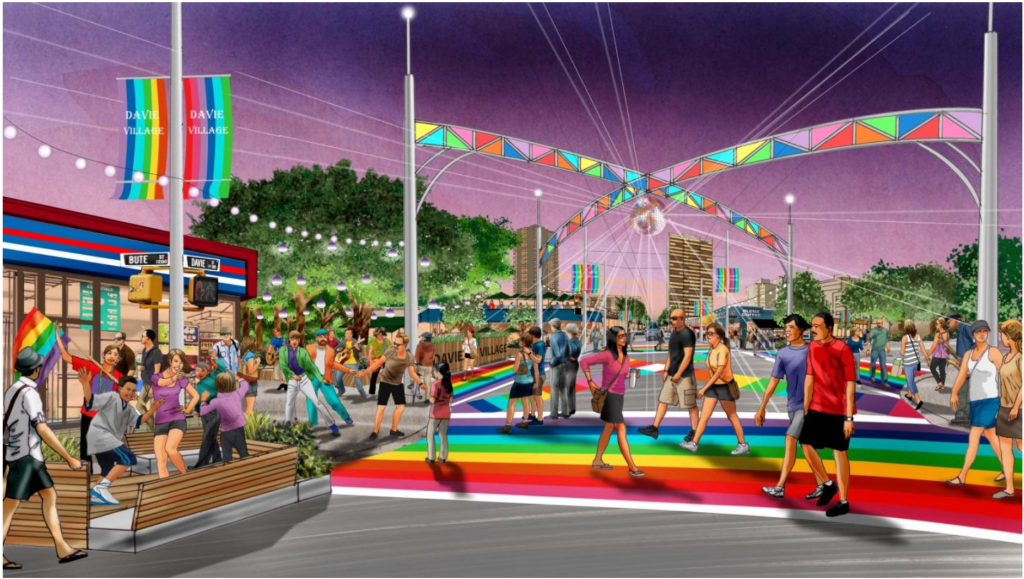