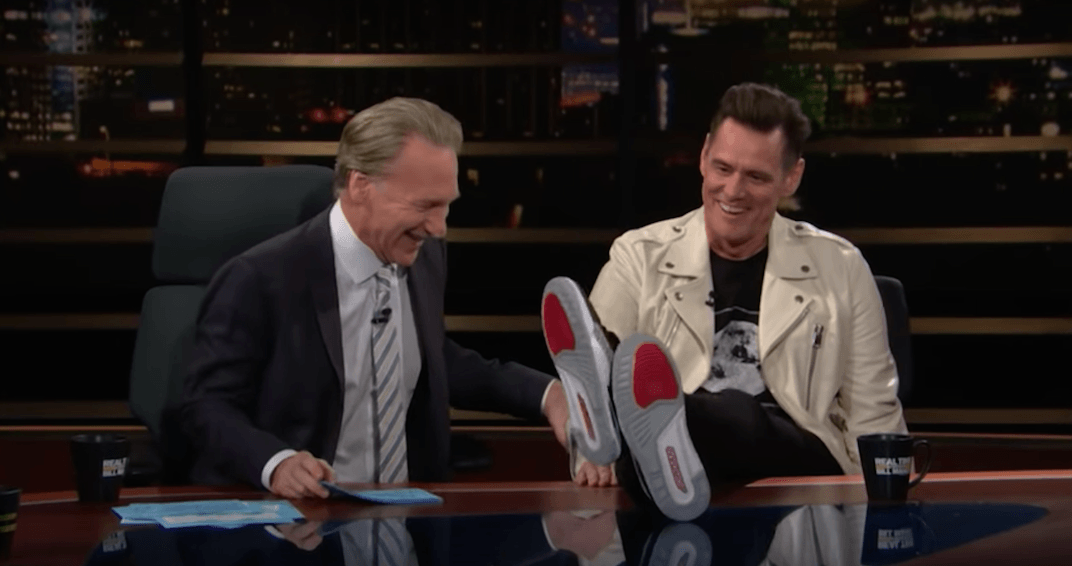 Legendary Canadian funnyman Jim Carrey made a guest appearance on Real Time with Bill Maher over the weekend and educated Americans on Canadian health care during his segment.

To kick off his interview, the Canadian actor and comedian revealed his new Nike kicks to Maher, giving Colin Kaepernick, the new face of Nike’s controversial “Just Do It” ad campaign, a shoutout in the process.

But more importantly, Carrey gave a one-minute speech to the American audience on Canada’s health care, revealing he’s fed up with America’s inaccurate description of the Canadian health care system.

He then went on to talk about his own personal experiences.

“I never waited for anything in my life,” he continued. “I chose my own doctors, my mother never paid for a prescription, it was fantastic. And I just got back from Vancouver and I keep hearing this, ‘Canadians are so nice, Canadians are so nice.’ They can be nice because they have health care,” said Carrey to a cheering audience.

Carrey then went off on US President Donald Trump, calling him a “used car salesman.”

You can enjoy Carrey’s full segment below. His comments on Canadian healthcare begin at the 13:50 mark.