It was a controversial summer for second-year GM Jim Benning. After a regular season in which the Canucks surprised everyone by finishing with 101 points, Benning went to work.

Eddie Lack, Kevin Bieksa, Zack Kassian, and Nick Bonino were all shipped out of town. Every one of those deals were highly criticized by fans and media alike in this city.

Fans worried about Lack becoming a number one goalie, a poor draft pick in return for Bieksa, Kassian realizing his potential, and needlessly paying a premium for Nick Bonino.

We are just over two months into the season, but the early returns don’t look so bad.

Shawn Matthias, Brad Richardson, Ryan Stanton, and Frank Corrado were given up for nothing over the summer. They have combined for 4 goals so far. Stanton has not played an NHL game this season, and Corrado will play his first tonight.

I’ll also point out that Benning hasn’t exactly turned water into wine, but he didn’t turn wine into water either.

So don’t give Benning the GM of the Year Award, but let’s give credit where credit is due. 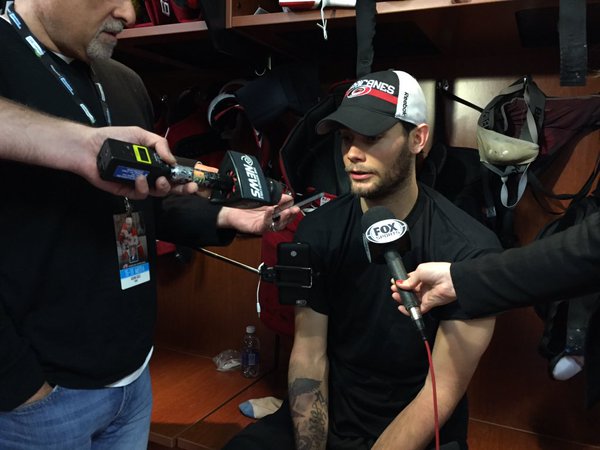 Everyone hated this deal, including yours truly.

Why keep the younger, cheaper, and probably better Eddie Lack in favour of 35-year-old Ryan Miller? Lack was coming off a season where he posted a .921 SV%, yet all he garnered was a 3rd round pick.

This sums up how Canucks fans view their team after this morning's Eddie Lack trade pretty well: pic.twitter.com/X2Tbck7o0Q

To make matters worse, he was the most engaging personality the team had seen in years. He got a docile crowd at Rogers Arena to chant his name with enthusiasm.

So far, Lack has done little to make the Canucks regret their decision. Among goalies that have played at least five games, Lack ranks second last in save percentage.

Playing behind a poor team in Carolina, Lack is not exactly in an enviable position. Still, his numbers are so poor to start the year that it should be a cause for concern. Through 9 starts, Lack has a .876 SV%, 3.28 GAA, and a 3-6-1 record. His numbers are poorer than starter Cam Ward’s in every category.

As for the return, the jury is still out on Brisebois, an 18-year-old defenceman that has 13 points in 30 games in the QMJHL. 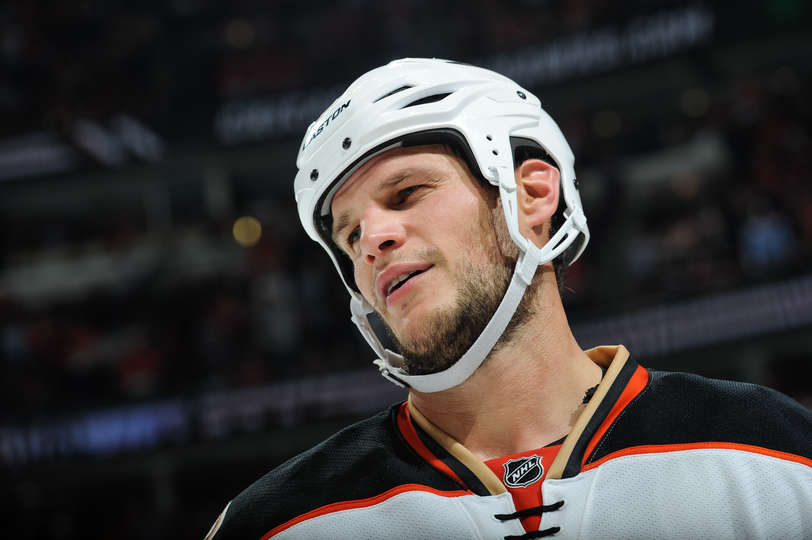 The Kevin Bieksa trade was criticized mightily because of what the Canucks turned down.

The San Jose Sharks reportedly offered their second round pick in 2016, but Benning chose the Ducks’ pick instead. There were other factors at play, notably Benning being miffed that Sharks’ GM Doug Wilson tried to pull ‘the old switcheroo’ with his 2015 pick (39th overall).

No idea what Benning is doing if he indeed turned down Sharks' second rounder and accepted one from the Ducks instead.

I was among those who would have preferred having San Jose’s pick rather than Anaheim’s before this season. The Ducks were one of the pre-season favourites to win the Stanley Cup this year, whereas the Sharks were expected to finish in the middle of the pack.

Well, that hasn’t exactly materialized. The Sharks (14-14-1) haven’t been impressive, but they’re ahead of Anaheim (11-13-5). The Ducks are currently third-last in the NHL, and have been the most disappointing team this season.

This would leave Canucks fans salivating at the prospect of having a high pick in the second round of the 2016 Draft, if not for the fact that Benning already moved the pick to Pittsburgh to acquire Brandon Sutter (more on that later).

Bieksa, for his part, has not been great in Anaheim. The snarly defenceman has 0 goals and just 3 assists in 29 games, and has the worst even strength Corsi of any Ducks blueliner. Bruce Boudreau plays him the second most minutes of any Ducks defenceman, which has to be because of his reputation, or else it is a serious indictment on Anaheim’s depth on defence. 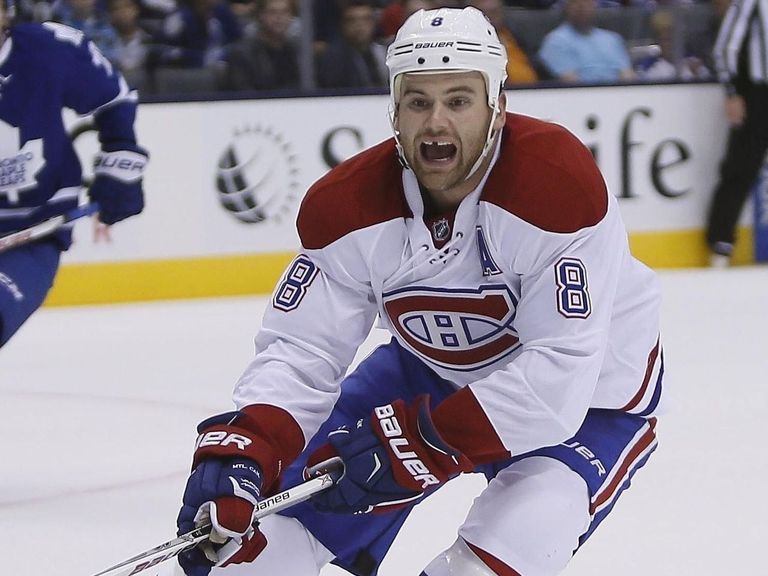 Zack Kassian was supposed to be a big part of the Canucks’ future. Blessed with size and skill, Kassian was never able to put it all together for a sustained period of time in blue and green.

Still, many people preached patience with Kassian, not wanting to let a player with his potential get away.

Woke up to the worst news. Canucks trade Kassian. Wow. First Lack now the next Bert is gone and we give up a pick what is this team doing?

Whispers of “off-ice issues” clouded Kassian’s time in Vancouver. We in the media can sometimes overreact to rumours like this, but this might not be one of those cases.

Kassian, of course, has not played a game for the Canadiens. He was involved in a car crash at 6:30 in the morning just days ahead of the Habs’ home opener. The driver of the vehicle was allegedly drunk. Kassian entered stage two of the NHL’s substance abuse program a day later.

Kassian was reinstated today, and promptly placed on waivers by Montreal.

Brandon Prust hasn’t been great in Vancouver, but he is serviceable and has some market value. Unfortunately for Kassian, I don’t think we can say the same for him at this moment in time.

This is a complicated one.

Brandon Sutter was seen by many as an upgrade to Nick Bonino. Some liked the deal, while others thought the premium paid (Adam Clendening and a swap of draft picks) was too high. Then there were many in the advanced stats community, who thought the Canucks got absolutely fleeced, viewing Sutter as a downgrade from Bonino.

Benning doubled down on Sutter, calling him a foundational player and giving him a pile of money in a contract extension. But that’s another story for another day. Let’s focus on the deal.

Bonino has 6 points in 28 games, so his production has to be considered a disappointment. He got in his first-career NHL fight last night, but I don’t believe Pittsburgh is counting on him becoming an enforcer. Clendening has had a hard time getting into Pittsburgh’s lineup, appearing in just 8 games, scoring 1 point.

Sutter’s time in Vancouver has been limited by injuries, but he did manage to put up 8 points in 16 games, showing some incredible versatility.

It’s hard to pick a winner/loser in most trades after just a few months, particularly trades that involve draft picks.

But for now, Benning is not looking too bad. Stay tuned.