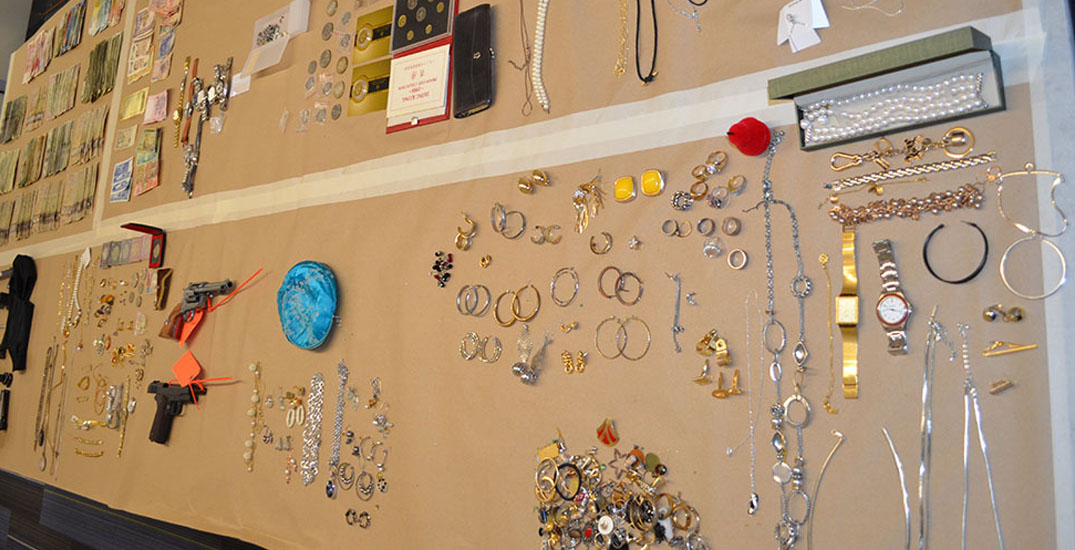 Coquitlam RCMP have recovered a large stash of stolen goods and set up a website to help get the valuables back to their rightful owners.

The force shared a photo of the stolen items spread out on a table. There were many pieces of jewelry, two guns, several stacks of cash, and what appear to be tools stolen from homes in Metro Vancouver and Calgary in 2018 and 2019.

“We believe that Horyn was often targeting homes where people had been away for a long time,” Sgt. Keith Schendel Coquitlam RCMP said in a news release.

“One of the reasons we’re encouraging people to claim their items is that it could lead to new charges being laid. This investigation is still very active.”

The RCMP’s new webpage has individual pictures of the recovered items. If you think something belongs to you, submit details that only the rightful owner would know (or proof such as receipts of purchase).

“Attempting to claim items that do not belong to you would be an offence that could lead to charges,” the RCMP release said. “Coquitlam RCMP wants to remind you that investigators will be carefully reviewing every claim.”