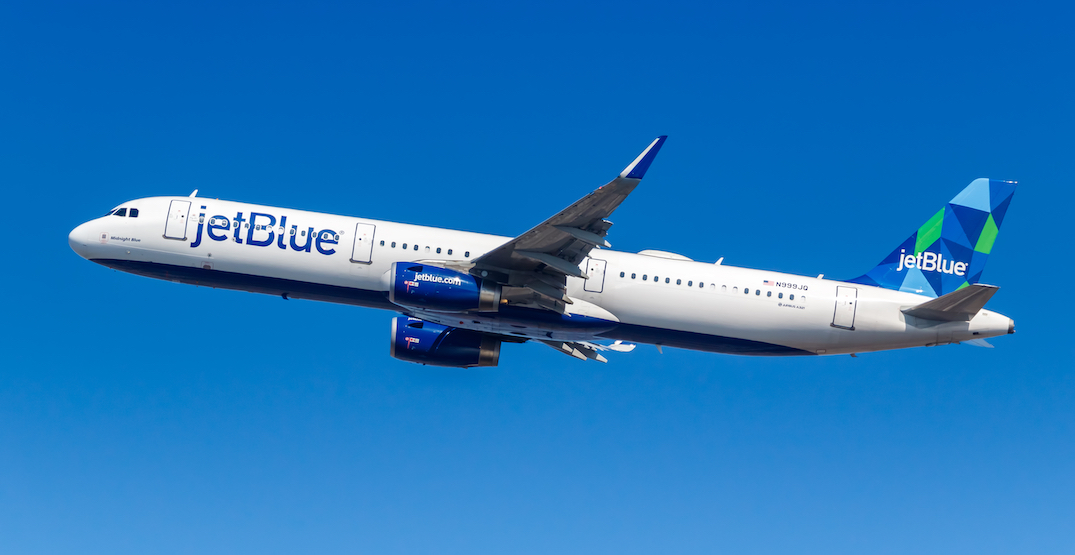 The American low-cost airline giant made the announcement today as part of its new and recalibrated offerings in preparation for the eventual relaxation of travel restrictions and the restart of global air travel.

“Almost since day one, both our customers and crew members have been asking us to add flights to the middle of the country and into Canada,” said Scott Laurence, the head of revenue and planning for JetBlue, in a statement.

“We can’t wait to shake up the status quo in these markets currently dominated by high-fare carriers, and we look forward to introducing new customers to JetBlue favourites like live seatback TV, free Wi-Fi, the most legroom in coach and great service from our friendly crew members.”

Just prior to the onset of the pandemic, Hong Kong flag carrier Cathay Pacific cancelled its daily service between Hong Kong International Airport and JFK, with a stop in YVR. This fifth freedom service — rated as one of North America’s best flight services — met its end after 23 years, as it was increasingly a money-losing venture due to increased competition.

“We’re delighted that JetBlue has selected Vancouver as its first Canadian destination with service from YVR to New York City and Boston,” said Tamara Vrooman, president and CEO of YVR.

“As we move through the pandemic and prepare for a safe and healthy return to non-essential travel, this new service, scheduled for Summer 2022, gives us all something to look forward to. By selecting YVR, JetBlue has signalled a vote of confidence in our region as a premier destination, and our airport as a trusted partner, that together will attract a mix of business and leisure travellers when the time is right to fly again.”