In the mid-1960s, television producer Lee Mendelson was driving across the Golden Gate Bridge when a song came on the car radio. It was called “Cast Your Fate to the Wind,” by the Vince Guaraldi Trio. Mendelson, at the time, was working on a documentary about Charles Schultz and his comic strip, Peanuts, and immediately thought the number would pair perfectly with the cartoons. After meeting with Guaraldi, the idea of a Peanuts Christmas special was commissioned by Coca-Cola to CBS. A Charlie Brown Christmas aired in 1965 with what would become one of the most iconic jazz scores of all time.

Jerry Granelli was the drummer for the Vince Guaraldi Trio. Born in 1940 in San Francisco, he grew up in the city’s bourgeoning jazz scene, sneaking out to clubs and learning to play drums from Dave Brubeck percussionist Joe Morello. In the early ’60s, Granelli heard that Guaraldi was looking for a drummer and so he went to the audition for the coveted opening. Barely into his twenties, it would be his first jazz job.

“It was a start. It was the real beginning on a lot of different levels,” Granelli says. “It was really important to me. It was the training that you couldn’t get anywhere else to get to play on those important stages in those important clubs and to learn how to really apply yourself, really learn the discipline.

“You didn’t make mistakes with Vince… I think I still carry that with me. A degree of craft and always playing for real, that was really important, to have somebody demand that of you. A great line he said — I was nervous and he said, ‘hey man, just have fun, you know? Just relax, you sound great, it’s all good.’ And just as he turned to walk away he went, ‘but don’t screw this up.’ [laughs] And then I realized what world I was in.” 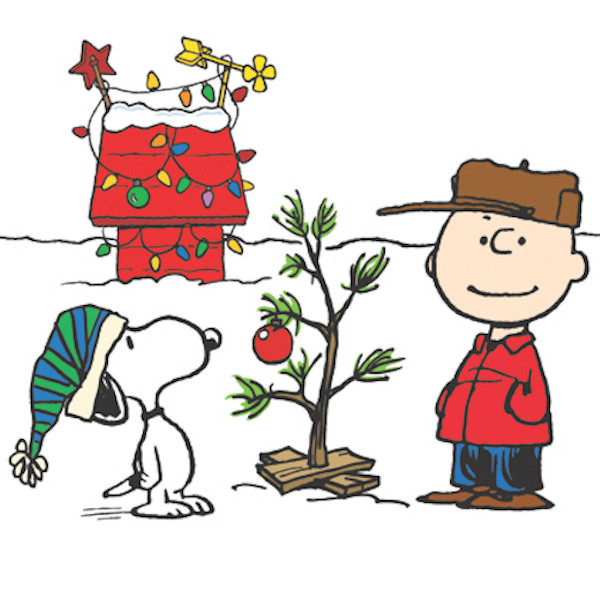 After Granelli parted ways with the Vince Guaraldi Trio, he plowed full steam ahead into a prolific career that has him widely regarded as one of San Francisco’s most innovative jazz musicians. Performances with major players like Jimmy Witherspoon and Sly Stone, touring with the Grateful Dead, and a Rock and Roll Hall of Fame induction for pioneering psychedelic free-jazz with his group, Light Sound Dimension, are a mere handful of his accomplishments.

Granelli, who’s approaching 75, is the last surviving member of the Vince Guaraldi Trio — Guaraldi passed away in 1976, bassist Fred Marshall in 2001. In 2013, the drummer decided to revisit that special project from his earliest days as a jazz musician, reprising the treasured holiday compositions he hadn’t played in nearly 50 years. He performs Tales of a Charlie Brown Christmas in Vancouver at the Vogue Theatre on November 29 as the iconic television special and score celebrates its golden anniversary.

“One of the reasons I started doing it again was because this man walked up, talked to me on a beach with his grandson and just happened to recognize me and he said, ‘I just want to tell you what joy this brings to our family every year. Every year, we take our time to listen to this record or watch the TV show, as a family,’” Granelli recalls. “And that was really touching.”

Fifteen million Americans tuned in to the first airing of A Charlie Brown Christmas in December 1965. It was an immediate success. The Vince Guaraldi Trio’s contemporary jazz backing was a cutting edge accompaniment to children’s programming at the time, with songs like “Linus and Lucy” and “Christmas Time is Here” not only becoming classics, but serving as many children’s first experience with jazz, as well.

“It’s really wonderful to be part of something you just did, honestly, and we really didn’t think that much about it,” Granelli says. “We were excited, you know, but we didn’t know it was going to be what it turned out to be.”

Tales of a Charlie Brown Christmas features clips from the holiday film and of the original trio playing, alongside memories and anecdotes Granelli delivers in a spontaneous narrative. “Those kinds of stories of what it was like and how Vince felt about his music when he wrote these things,” he explains. “The fact that he called them his little dreams… Just all the backstories.”

“And then whatever crosses my mind, in all honesty!” he laughs.

Just like it was on the 1965 soundtrack, a children’s choir (based out of each city the tour hits) will sing in accompaniment. At the Vancouver stop, the Coastal Sound Children’s Choir perform with Granelli and his own trio, which includes Chris Gestrin on piano and Simon Fisk on bass. And adding to the excitement, one of Gestrin’s children is member of the choir.

“It’ll be fun to see Chris with one of his children in there,” Granelli says. “That’s one of the great parts of when I designed this show was having the kids around.”

“It’s turned out to be a really big joyfest. And for me, it’s also very touching, because Vince and Fred [Marshall] and everyone who’s not with us anymore were my dear friends. So it’s kind of a way to revisit them.”

Tales of a Charlie Brown Christmas