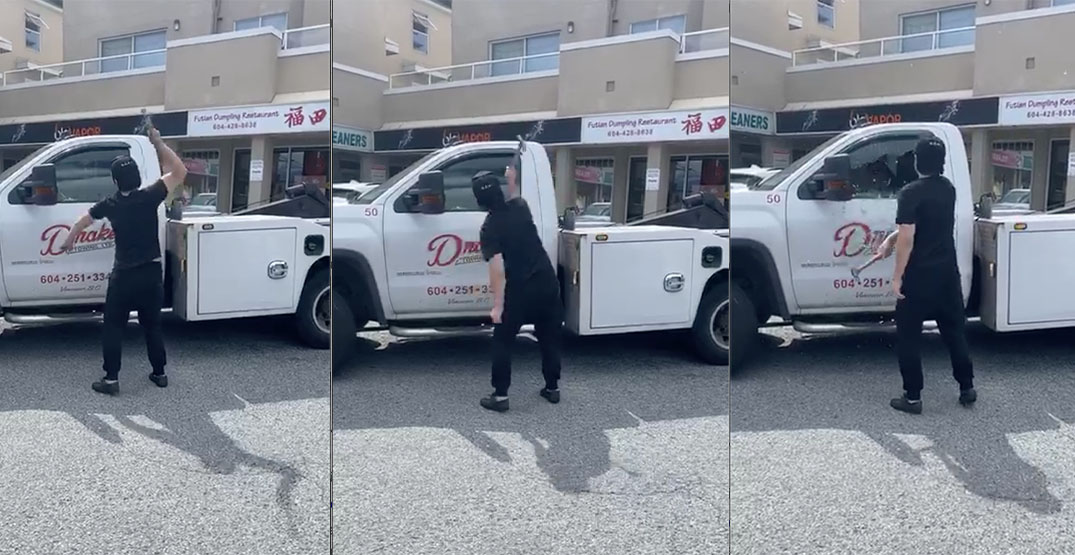 Jenjudan Canada says it’s making changes to its hiring and training process after a store manager in Vancouver smashed a tow truck’s window with a hammer in a towing dispute this week.

The bubble tea chain confirmed the manager of their Kingsway location was the man pictured in social media videos kicking and then breaking the tow truck’s window on Monday, July 13.

“Jenjudan does not condone any behaviour of this kind, ever, and … we are deeply surprised and disappointed to see this happen,” the store said in an Instagram post on Friday.

This video contains language that may be offensive to some readers.

While the business doesn’t manage what employees do on their personal time outside of work, the chain “strongly felt the need to step up and take further responsibility” in this case.

The store manager has been asked to step back from his duties, and Jenjudan said he is seeking professional help to manage his behaviour.

Going forward, the bubble tea shop says its headquarters will keep a closer eye on hiring and training for franchise locations.

“Jenjudan Canada’s head office will support employee recruitment from herein,” the business said. “We will strengthen our training program which includes further focusing on conflict management and customer service which all new employees will be required to complete under the strict guidance of Jenjudan Canada.”

The restaurant concluded its statement by extending an apology to the tow truck driver.

“We also want to extend our thoughts and sincere apologies to the tow truck driver in this situation,” Jenjudan Kingsway said. 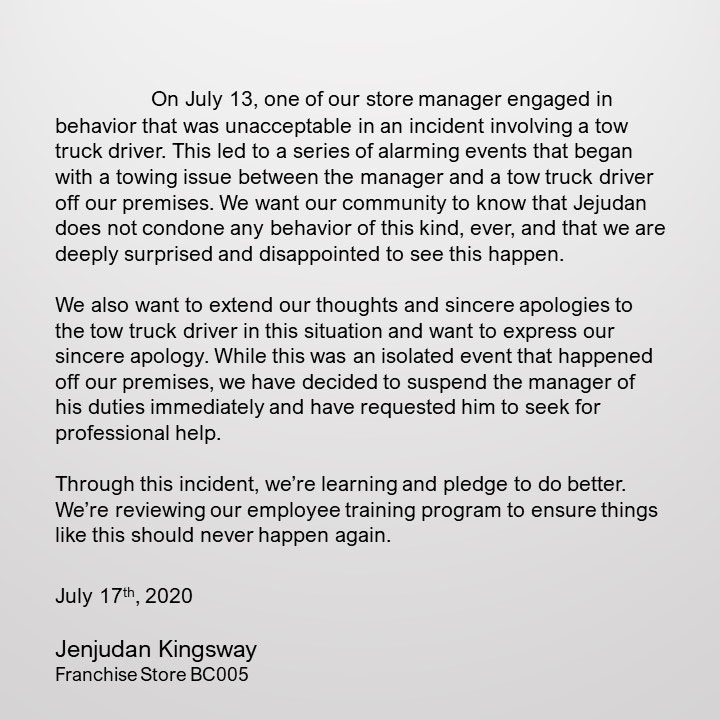