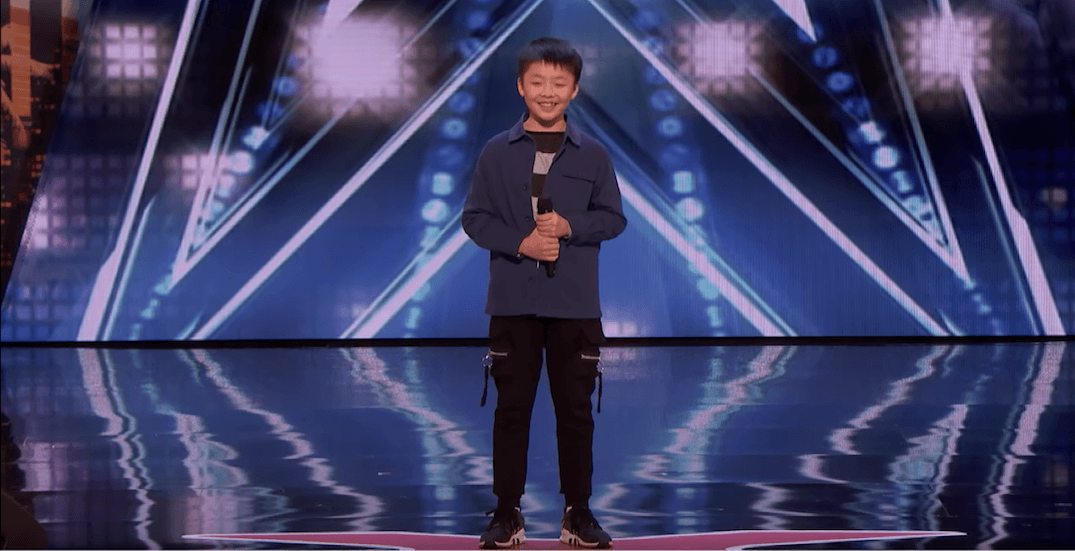 A 13-year-old Canadian has got talent, and now America knows.

Earlier this week, Toronto’s Jeffery Li wowed judges and audience alike, at America’s Got Talent. And not just because of his voice.

During Tuesday’s episode, Li was asked what he would do if he won the million dollar prize.

“I’m an only child, so I’d love a companion, so I guess a dog,” Li said before his performance.

The teen decided to sing Josh Groban’s “You raise me up.” He said that the song helps him when he’s lonely.

“Because you haven’t got a dog?” asked famed host Simon Cowell, to which Li simply said, “yeah.”

“If you do well, I’m going to buy you a dog,” Cowell said, surprising the contestant, and everyone watching.

The young Canadian thanks Cowell, and begins his stunning performance soon after.

“You’re like an angel singing, absolutely beautiful, I loved it,” host Mel B said after seeing Li’s talent.

And just like that, Cowell owes a young Torontonian a dog.