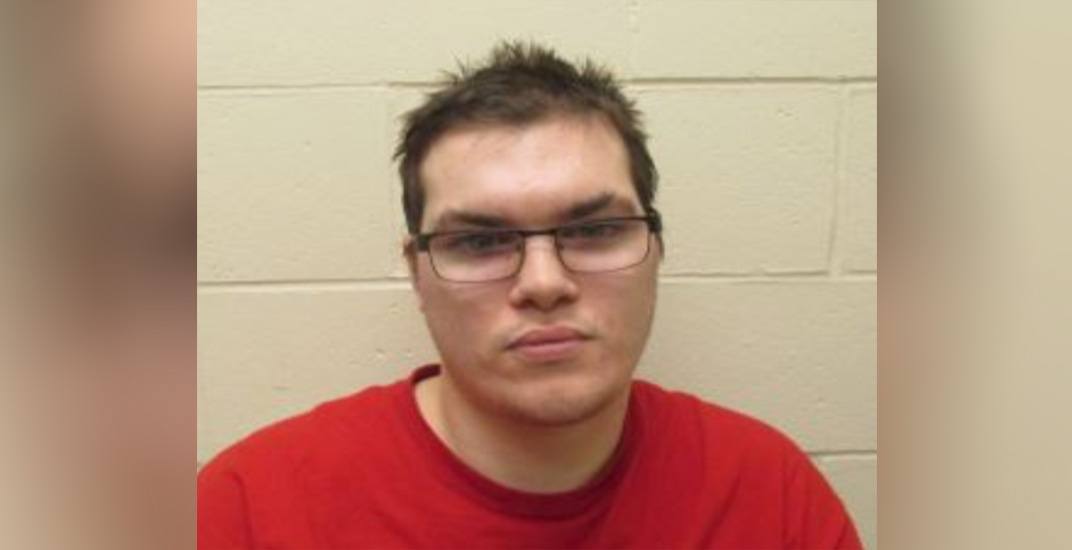 A high-risk sex offender living in Surrey recently had three of his court conditions amended on the basis of them being “vague and overboard or otherwise unreasonable.”

According to the Ministry of Public Safety, Jeffrey Goddard, 28, has a criminal history which includes impersonating a police officer and firefighter, sexual assault, invitation to sexual touching and luring under 16, as well as failure to comply with probation.

In October 2018, BC Corrections sent out an alert after learning that Goddard was living in Surrey.

Goddard was  subject to close monitoring by authorities and 23 court-ordered conditions including:

Goddard’s lawyer argued that six of these conditions infringed on his charter rights.

Condition 10 prohibited Goddard from entering a “public park, public swimming area, or community centre where persons under the age of 18 are present or can reasonably be expected to be present, or a daycare centre, school ground or playground.” It also required Goddard to be monitored by electronic supervision.

Goddard’s lawyer argued that the condition should be “amended to permit him to attend these locations while accompanied by an adult approved of in advance by his probation officer.”

In his decision, Justice Fitch said that the Crown consented to this and agreed it should be amended. Fitch noted that Goddard should obtain the required approval in writing.

Condition 12 prohibited Goddard from wearing or being in possession of any clothing, hats, insignia, patch, or emblem that falsely represented him as an employee of that business or company. If Goddard was employed by a business he was required to provide proof of the employment to his probation officer.

Goddard said this condition was “unreasonable” because it had no connection to the offence he was sentenced for.

However, Fitch noted that Goddard had posed as a police officer, landscaper, and reporter in the past to gain access to minors.

Fitch did agree that the “condition is arguably overboard and vague in its current form” and chose to amend it.

“Obviously, it is not the purpose of the order to subject the appellant to criminal liability for wearing a T‑shirt or cap bearing the logo of a business. In my view, the condition should be refined to more narrowly target the type of manipulative behaviour that motivated its imposition,” Fitch said in his decision.

Condition 23 prohibits Goddard from volunteer work or employment that could bring him in contact with persons under 18 without written permission of his probation officers. “When so engaged, you must carry that permission on your person,” stated the order.

However, Goddard claimed that this condition was “overboard, unreasonable, and detrimental to his rehabilitation and re-integration into society.” Justice Fitch amended this to condition to restrict Goddard from seeking, obtaining, or continuing “any employment, whether or not the employment is remunerated, or become or be a volunteer in any capacity that involves being in a position of trust or authority towards a person under the age of 18 years.”

Judge Fitch also struck down two of Goddard’s conditions which involved examination of electronic devices by a peace officer and allowing a peace or probation officer to access his residence.