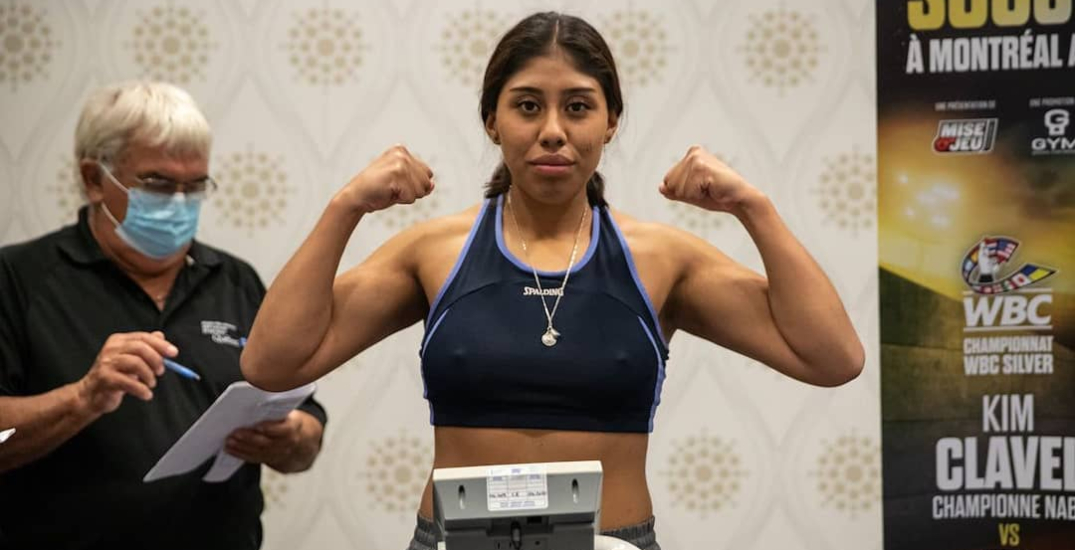 Mexican welterweight Jeanette Zacarias Zapata has died, six days after being knocked unconscious during a fight in Montreal.

The 18-year-old was taken away on a stretcher on Saturday night from IGA Stadium in Jarry Park and was rushed to the intensive care unit of Hôpital du Sacré-Coeur-de-Montreal.

The Mexican boxer appeared to have a seizure after taking a left uppercut and right-handed hook to the jaw by Quebec boxer Marie-Pier Houle during the fourth round of a six-round fight.

“It is with great sadness and torment that we learned, from a representative of her family, that Jeanette Zacarias Zapata passed away this afternoon [Thursday] at 3:45 pm,” says Michel’s statement.”The entire team at Groupe Yvon Michel team is extremely distressed by this painful announcement.”

Houle offered her “sincere condolences” through a French Facebook post on Friday morning, stating she is “devastated” and that is never a boxer’s intention to seriously hurt an opponent.

Quebec’s Deputy Premier, Geneviève Guilbault, shared her condolences on Zapata’s passing and says a coroner is going to conduct an investigation to determine the exact causes of death.