Ever since Jay-Z and Justin Timberlake hinted they would be touring together, Vancouverites were hoping that Vancouver would be one of the 12 rumoured stops this summer. And today, Jigga dropped a pretty major hint on his website.

Jay simply posted a hashtag #LegendsOfTheSummer, along with a photo gallery of venues that are presumed to be the outdoor stadiums these legends will play in. BC Place was one of the 12 Jay hinted at! Not much more is known right now. These two are masters at building hype and Jay wouldn’t tweet something like this without every intention of following through. So expect them to grace our fair city sometime this summer. 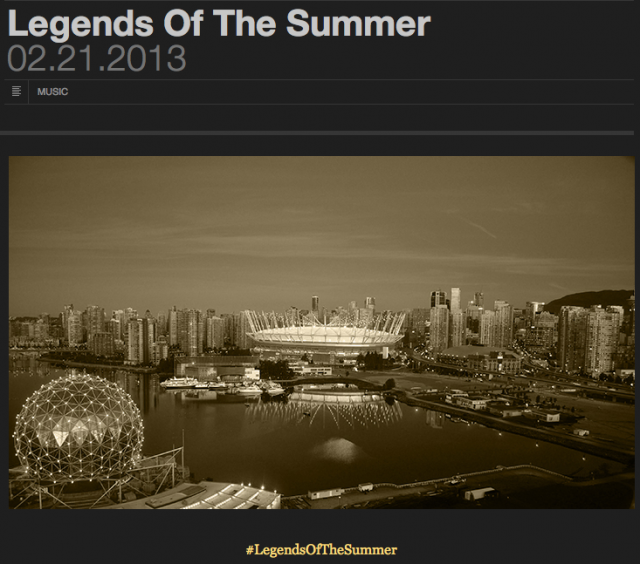 A formal announcement of the tour dates will be coming along shortly. Once it comes through, we’ll be on it.

For now, here’s a list of the venues on the rumored 12-stop tour: