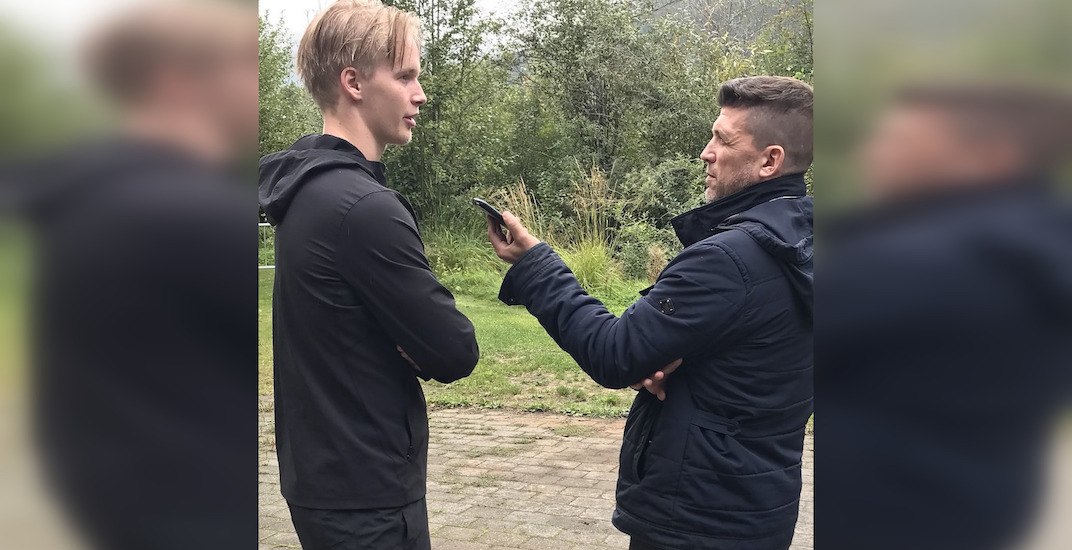 The news of the sudden death of longtime Vancouver sports reporter Jason Botchford has shaken the hockey world.

A journalist with a unique style, Botch was known best for his opinionated reporting on the Vancouver Canucks. His post-game feature, the Provies (later renamed the Athletties), became appointment reading for many fans.

Friends, colleagues, and fans were devastated by the news, sharing their grief, tributes, and fond memories on social media.

I am shattered. Just sitting here in a daze. I have lost the best podcasting partner a guy could ask for. Botch was also a friend, colleague, travelling companion & a driving force in #Canucks coverage. So many great memories. My sincerest sympathy to his family. #ripbotch 💔

Knowing and working with Jason Botchford was a profound privilege in my life. Susan and I will never cease to pray for him, Kat and his three beautiful children.

I am deeply saddened to hear the news of Jason Botchford’s passing. A true professional and a kind man. My heartfelt condolences to his family

John Tortorella starts his press briefing with condolences for Jason Botchford's family. Says he just found out about his death. pic.twitter.com/9QZCi2Y1kp

Statement on behalf of the Vancouver Canucks pic.twitter.com/HoEtyzDMI4

there are no words. RIP Botch 💔 pic.twitter.com/vXqFzthT0J

It won’t be the same without my buddy, Botch. Nobody covered the Canucks with more passion. He understand the fans, and he stuck up for the fans. More importantly, Botch was a husband, a father, and a friend. I’m gonna miss him a lot. pic.twitter.com/lidEuDD0qM

Jason Botchford was a provocative and creative journalist, a valued colleague and a beacon for #Canucks coverage. This loss is immeasurable and unimaginable. My condolences to his wife Kat, his three children, and father @LottOnBaseball.

Would like to pass on my deepest condolences to the Botchford family. There are no words to express the right amount of sympathy towards his wife and young children. He will be greatly missed by all of us.

I’m stunned & terribly saddened today. Having a lot of trouble processing this news.

There are a lot of things people don’t know about Jason Botchford – good things, things that matter.

He was my friend. He was a husband & father. My heart hurts for his family.

Gutted like everyone today. Botch and I were rivals on this medium, but friends behind scenes, as most figured out. An unspeakable loss to his friends and family, to this market & Canadian sports media. Unique, creative, passionate, entertaining. We'll miss him a lot. #RIPBotch

Stunned and saddened by the loss of colleague Jason Botchford. Although we often disagreed, Jason’s talent and passion as a writer were undeniable. His clarity and conviction as a reporter allowed him to connect with readers like few others. My heart goes out to Jason’s family.

One other things about Botch. Just read all the posts on Twitter and you realize what he meant to Canucks' fans. He was their voice, their advocate. He was their mood ring, reflecting their frustrations and victories but mostly their passion. Never seen a relationship like that

Crestfallen for Botchford's family. Shocked and saddened by the news. RIP Botch.

He was the Batman to my Robin. I have zero words for this. I don't even know how to process this. I'm gonna miss you Botch. You had such a huge impact on my writing and were also a friend away from the writing game. I don't know what else to say or think.

My deepest sympathies and condolences to Jason Botchford’s loved ones; his Wife, Children & family so dear to him. As well, his many friends. Jason was a passionate person who delivered opinions that made you sit up & take notice. #RIP

Deepest sympathies to the family of Jason Botchford, incredibly sad news to learn of his passing at just 48. Creative,passionate, a bit zany and so good at what he did. I loved my back-and-forth with Botch, both on and off the air.. will miss those. #RIP

The news about Jason Botchford's death is absolutely paralyzing. We worked together for a time on TSN's That's Hockey. Fascinating man and a positively unique voice. My heartfelt condolences to his family. He will be missed by us all.

Botch was a true original. A legend. Such a great guy. My deepest condolences to his family. RIP

Can’t believe the news. There will never be anyone like him again. #RIPBotch

Devastated.Gutted. Thoughts to his family and loved ones and friends #ripbotch

Hearing Jason Botchford’s Passing has rocked me. Actual tears only reflect the passion and impact that he has had on Canucks media and fans. A truly unique individual with his creative perspective. #GOAT #RIPBotch #OneAndOnly @botchford

No matter how you felt about some of Jason's takes and stances, I don't think anyone can argue that he was an icon in Vancouver sports media.

Rest in peace man. We lost a good one.#ripbotch

Jason Botchford was a legend. He made every Canucks fan feel like they had a voice, and that their voice counted. He presented the human side of our players like no other writer. He interacted with his fans with humour and humility, and we'll never see his like again. Gutted. pic.twitter.com/1XLTefCcj6

#RIPBotch
Botch pulled off the miracle of keeping us interested in the Canucks through some damn lean years. Gone way too soon – my condolences to his family.

He was the most compelling one in the market. His style was innovative and he frankly doesn’t get enough credit for the insight he brought. The biggest tragedy is of course with a devastated family with 3 children. But the VAN sports market has absolutely lost an icon. #RIPBotch