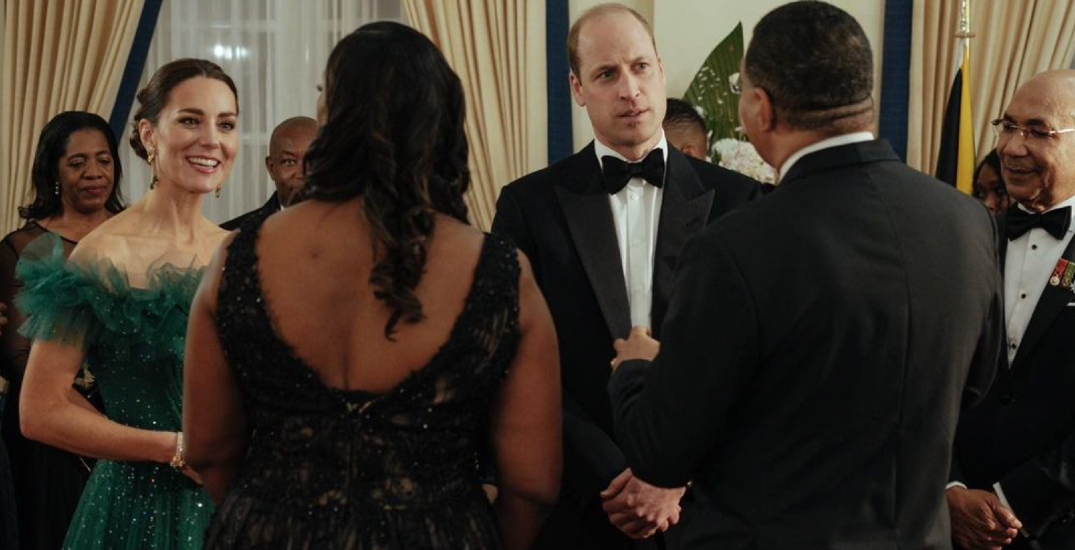 British royal couple Prince William and Kate Middleton are currently in Jamaica as part of their trip through three Central American and Caribbean countries to strengthen Britain’s international ties.

Their itinerary included Belize, Jamaica, and the Bahamas — all three of which were once British colonies and remain effected by the aftermath of colonization and remnants of the monarchy.

The couple’s visit to Jamaica was met with critique and protest, as several leaders and activists in the country demanded reparations and an apology for Britain’s role in the Jamaican slave trade.

A post shared by Duke and Duchess of Cambridge (@dukeandduchessofcambridge)

Politically, the island remains part of the British Commonwealth, but probably not for long. On Wednesday, Prime Minister Andrew Holness told the royal couple that the country plans on severing ties with the British monarchy to gain true independence.

Protests broke out in Kingston earlier this week ahead of the royal visit, with participants demanding an apology and raising up placards with slogans that ensured the royals did not feel welcome on the island.

An open letter to the Duke and Duchess of Cambridge was also written by an advocacy group.

“Emancipate yourself from mental slavery, none but ourselves can free our minds ” pic.twitter.com/DtGXBByACF

We note with great concern your visit to our country Jamaica, during a period when we are still in the throes of a global pandemic and bracing for the full impact of another global crisis associated with the Russian/Ukraine war. Many Jamaicans are unaware of your visit as they struggle to cope with the horrendous fallout of the COVID-19 pandemic, exacerbated by pre-existing social and economic hardships inherited from our colonial past.

The letter further pointed out why merely acknowledging the “horrors of slavery” — something British royals and leaders have done in the past — was insensitive.

But that’s pretty much exactly what happened. “I want to express my profound sorrow. Slavery was abhorrent, and it should never have happened,” Prince William said in Kingston yesterday.

The timing of the royals’ trip has also been called into question, as it marks 70 years of Queen Elizabeth’s reign as the holder of the British throne.

“We will not participate in your Platinum Jubilee celebration!” the advocacy group’s letter read in response.