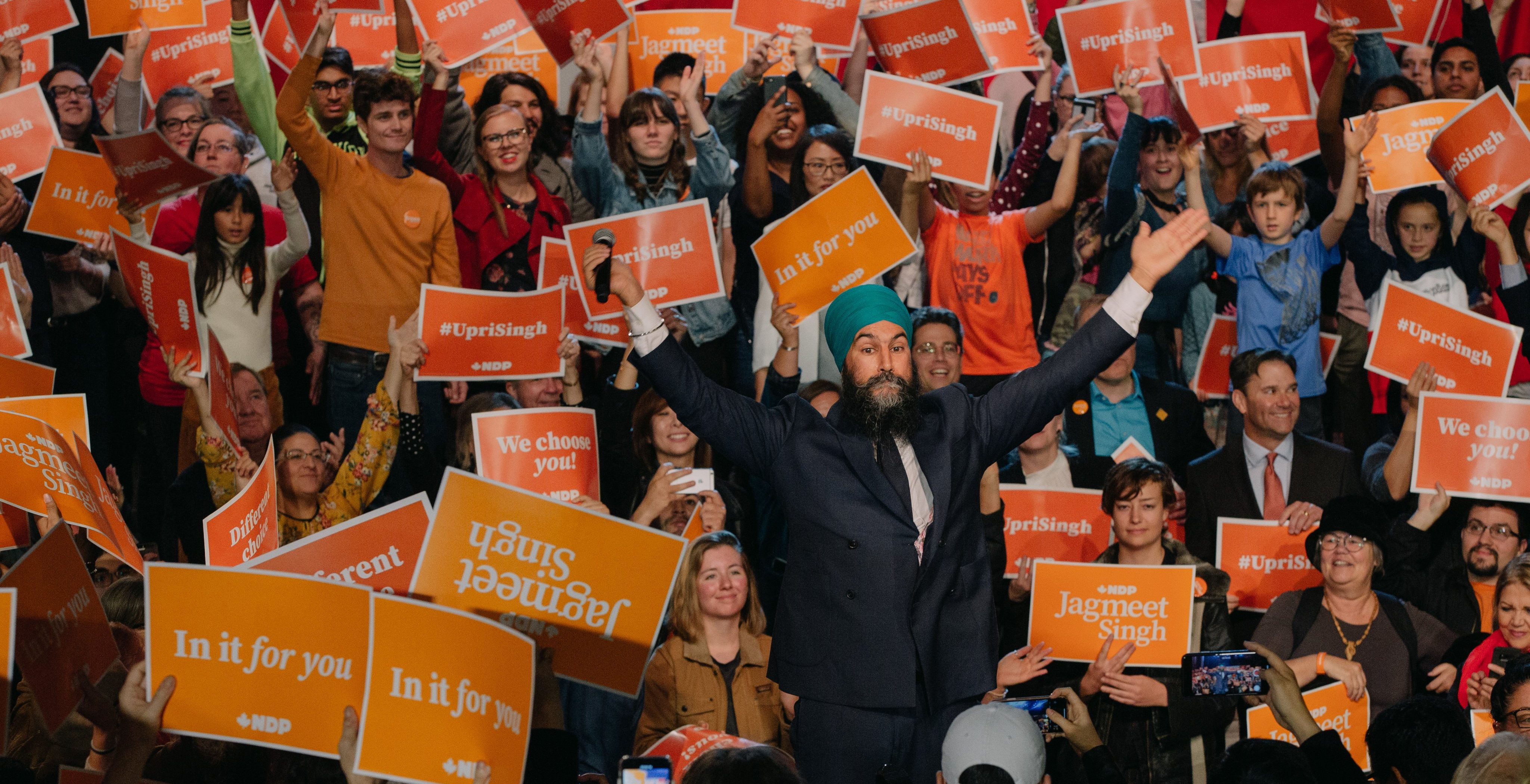 NDP Leader Jagmeet Singh left his political rivals to trade barbs Saturday, focusing instead on housing policy in a key battleground in desperate need of help with the issue.

He spoke with young people in Vancouver struggling under the weight of the housing market there. The NDP is starting to see some traction in the polls and Singh said he believes his message is resonating because he rejects the idea that Canadians should settle for less.

“I think we’ve captured the imagination of the country because we’ve asked Canadians to dream bigger,” Singh said.

The leaders of two of the other major parties, meanwhile, focused on each other Saturday. Conservative Leader Andrew Scheer warned, without evidence, that a hypothetical Liberal-NDP coalition would raise the GST and personal income taxes, and Liberal Leader Justin Trudeau spoke of stopping “Conservative cuts.”

The NDP is proposing to build 500,000 affordable housing units over 10 years, with half of the units coming in five years, at a cost of $5 billion in the first year and $3 billion in subsequent years. The NDP has also proposed a rental subsidy of up to $5,000 for half a million families and individuals.

Experts have warned the rental subsidy proposal could spell trouble in markets with low vacancy rates, where rents could end up getting hiked.

As for the pledge for half-a-million new affordable homes across the country over the next decade, including half of that amoung in the first five years, federal programs show a three-year timetable to build multi-unit projects after funding is advanced.

Just how he plans to hit the 250,000 mark in five years when three of them would likely be taken up with construction while federal infrastructure programs usually take two to three years simply to get off the ground, remains unclear.

The New Democratic leader met with local Vancouverites Saturday morning at the Moe Hill neighbourhood, a non-profit housing community in the city’s West End, and listened as they told him stories about their struggles finding affordable housing.

Later in the afternoon, the party held a rally in a packed Vogue Theatre in downtown Vancouver.

“We live in a beautiful country, but there’s a lot of challenges that we face,” Singh said to a theatre of supporters. “We spoke to some young people that are afraid of never being able to have a place to call home. They’ve said that they don’t even think [owning a home] is a dream anymore, that’s a fantasy, that’s not even something they can attain, and it’s sad to hear that.” 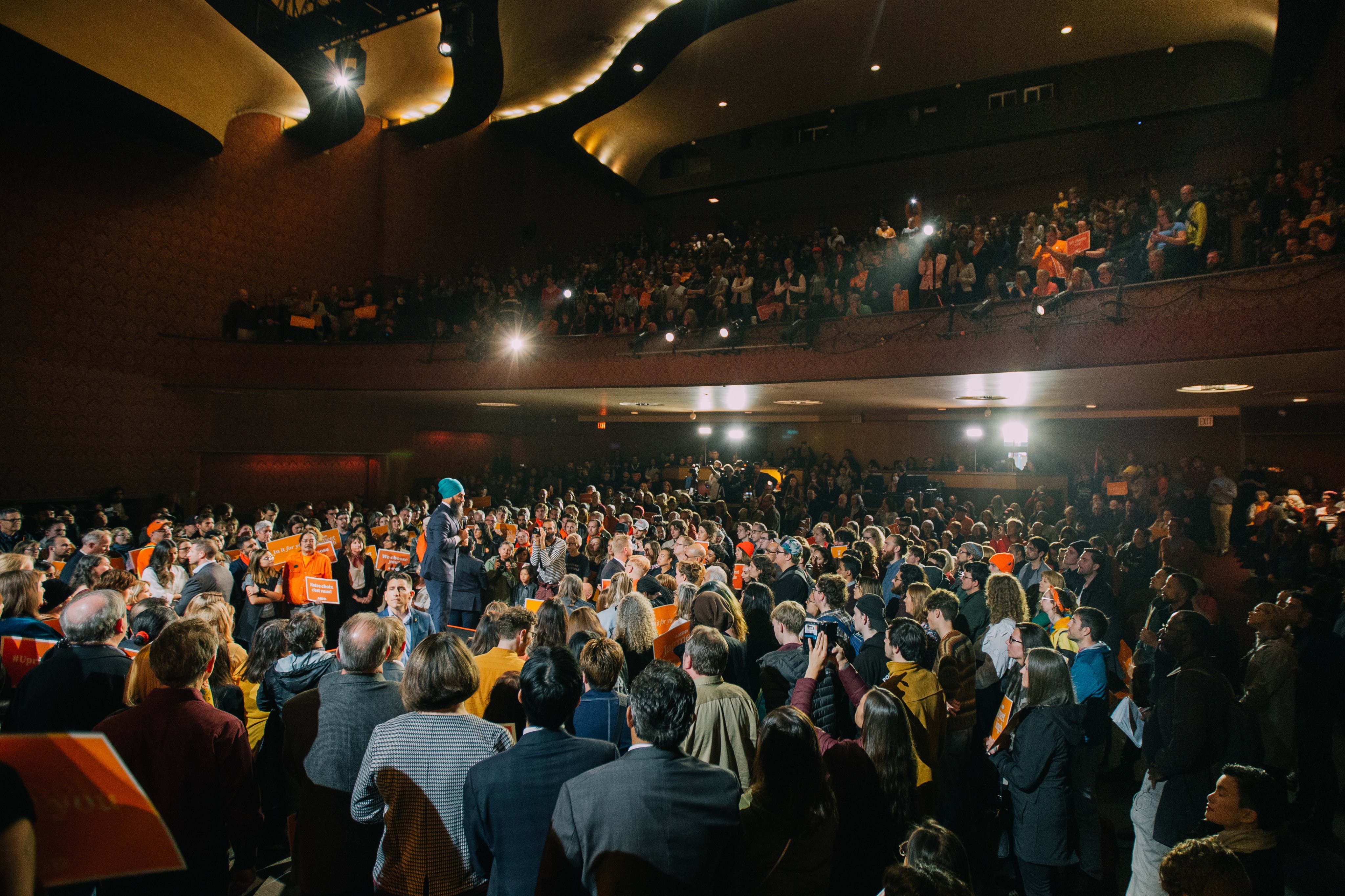 Singh is spending the waning days of the campaign targeting a key issue in a key battleground – his party is thought to be in a tight race with the Greens in several British Columbia ridings. While there are Canadians across the country struggling with housing, the average home sale price in Metro Vancouver is nearly $1 million.

The NDP is also promising to introduce a national foreign buyer’s tax and tackle money laundering.

The provincial NDP government in BC launched a public inquiry after commissioning two reports that revealed an estimated $5 billion in dirty money was funnelled through real estate in 2018, driving up prices by at least 5%.

Real estate is useful to money-launderers because even legitimate transactions can involve large sums and it’s hard to say definitively when a price is inflated.