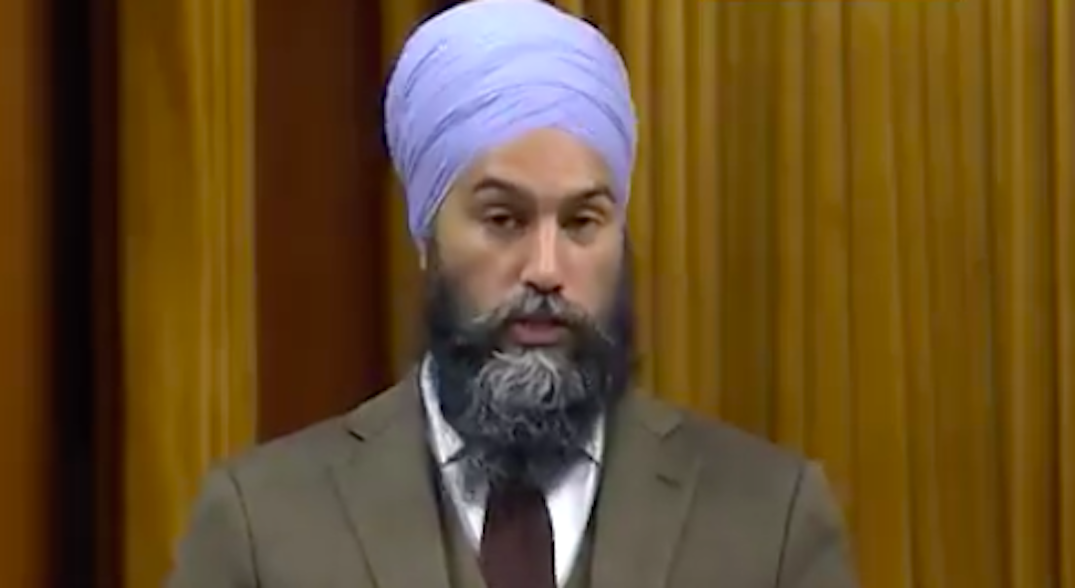 Jagmeet Singh at the House of Commons on June 9. (@theJagmeetSingh/Twitter)

On Wednesday, he said that the benefit must be extended for “people in need” and to remove the “heavy fines” and “jail penalties” for people who applied for the CERB and didn’t need it.

We need to extend the CERB for people in need

Remove the heavy fines and jail penalties for people who applied for the CERB that didn’t need it, and instead use the tax system to recover the money

And bring in help for all Canadians living with disabilities

On June 9, Singh urged the government to extend the benefit for families who are struggling — it provides $2,000 monthly for four months.

Speaking in the House of Commons he used a case example of “Kirsten” — an educational assistant who works with special needs students, who is unable to apply for the wage subsidy.

Because Kirsten works at a school, which is currently closed, and may or may not open by September, she is currently without full-time work. And, the school does not apply to the wage subsidy.

“Her CERB is going to end in July and without the CERB she will not be able to get any funds for her family,” Singh said.

“She’s the only income earner. She does not qualify for the wage subsidy. Will the prime minister extend CERB for families like Kirsten that need help?

He also commented on the federal government’s plan to charge people who fraudulently claimed CERB.

“They’re not criminals. They’re people who are desperate and in need of help.”

Kirsten from Hamilton is an EA for students with special needs

Her school is closed & doesn’t qualify for the wage subsidy

With the CERB ending in July, she has no way to put food on the table for her family

The PM must extend the CERB for families like Kirsten’s who need help pic.twitter.com/CAxgiMz9hj

But, the prime minister said, there will be punishment for criminals who try to take advantage of the programs.

And, as people go back to work with the economy reopening the prime minister has said the CERB will not be needed as much, and the wage subsidy will be the program more businesses rely on.