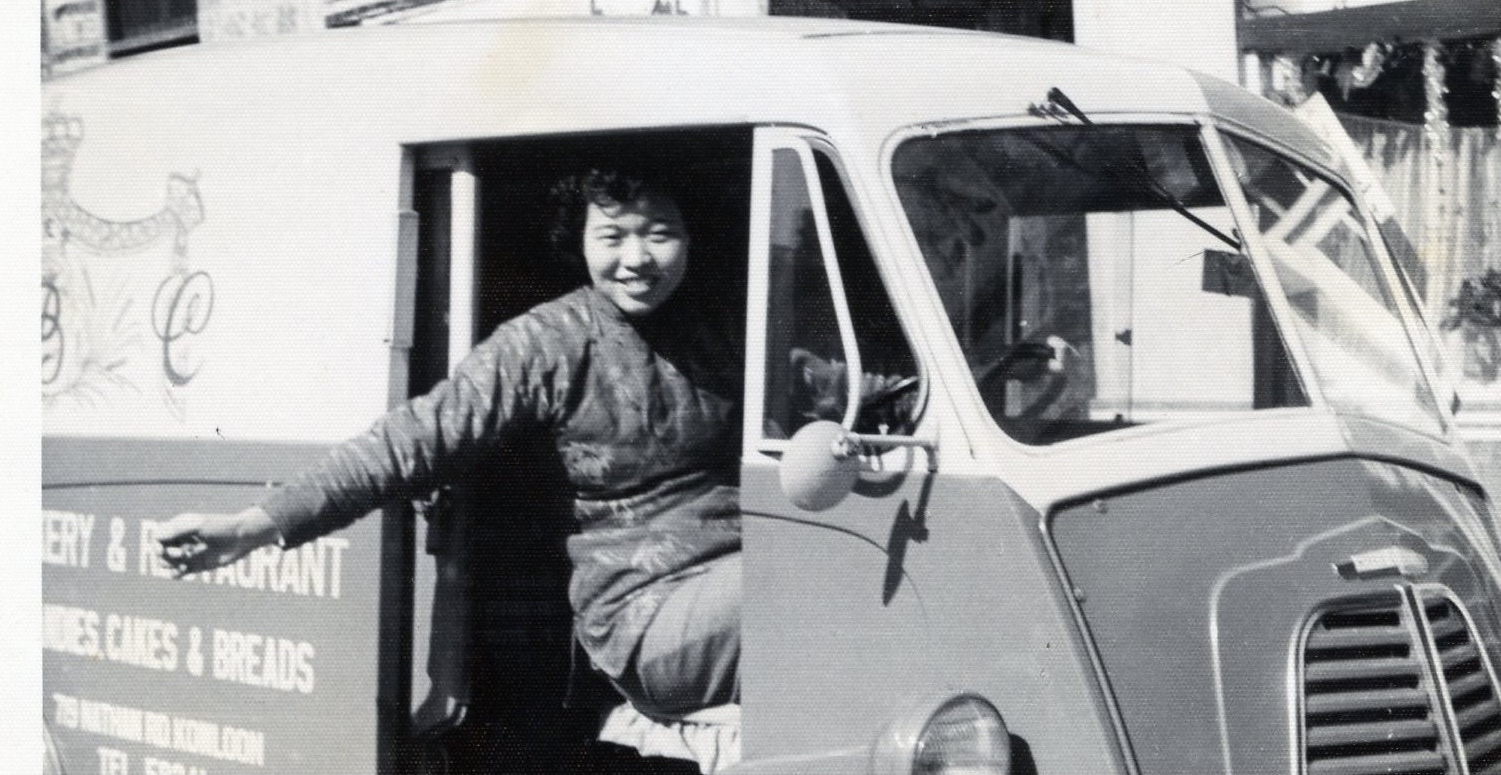 I never met my grandfather.

He was born and raised in a small town in Shandong, a province in northern China, where they make long noodles in fermented black bean sauces, dumplings filled with vermicelli and wood ear mushrooms or pork and chives, and steamed mantou, often filled with sweet and savoury treasures.

He had the dream of moving to a larger city, and when he did, he got a job as an apprentice under a Russian chef cooking borscht and pastries. Some don’t know this, but back in the early 1900s, there were large Russian communities living in China, naturally craving the food of their home. But since there were no beets in China for beet stew, cooks used what they had available and made borscht with tomatoes instead, naming it lo song tong.

Under this Russian chef, my grandfather learned how to make “Western dishes,” which were all the rage in the 1950s: steaks with pepper sauce; macaroni soups with ham and frozen peas; tall, frilly wedding cakes with plastic pillars between the layers; and lo song tong aside white dinner rolls and little rectangles of butter wrapped in paper.

Because of changing politics and unrest, he eventually found himself in Hong Kong, where he opened his own bakery and restaurant and called it ABC. 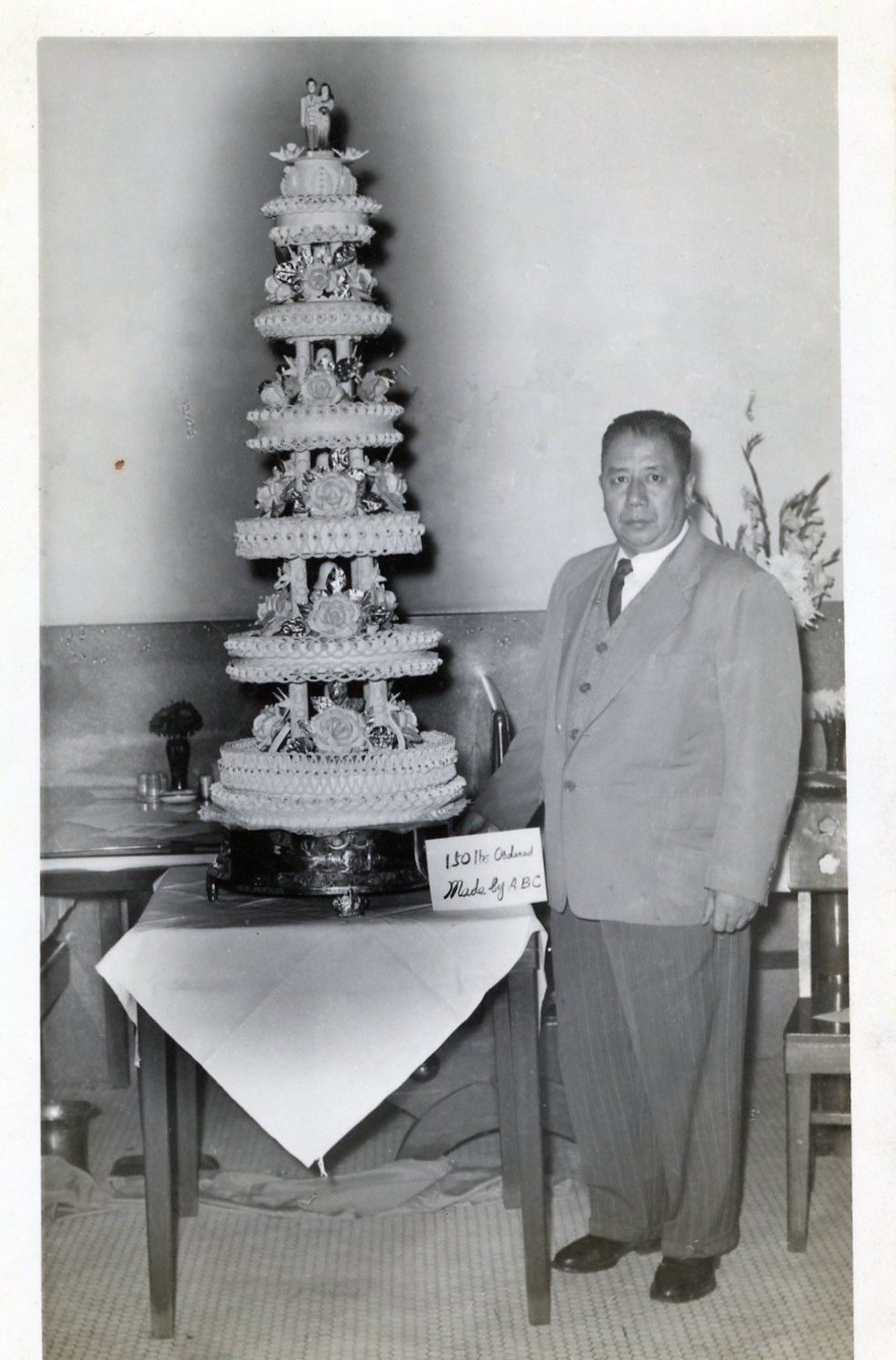 My grandmother worked there too. She was hardy and preferred business over home life. As ABC grew to be a popular restaurant, eventually helping to form the genre of Chinese cuisine now known around the world as “Hong Kong-style café” (cha chan teng), my grandmother eagerly worked alongside him every day until his early death.

In the years that followed, she moved to Vancouver to be with her children, where they began to have children of their own. I remember visiting her every week, after piano lessons and sometimes on weekends.

She would cook for me during those visits, and though beets were readily available in Canada, she didn’t make me borscht, she made me lo song tong. And for dessert, she made something that was surely from her childhood: mantou stuffed with dark rock sugar, which melted into a pool of sweet, brown cane syrup staining the centre of the bread.

As some of you may already know, as I grew up, my path twisted and unknowingly followed my grandfather’s. I, too, became a chef, learning to make pastries from a culture that was not my own. I, too, took that knowledge and started a bakery, also showing and telling foods that weren’t yet widely known.

For him it was lo song tong; for me, kouign aman, little yeasted cakes layered with sugar and butter, baked until it melts into a caramel-impregnated bite. I made my comfort food — peanut butter cookie sandwiches (cookie dreams from my childhood), pastries like pain au chocolat (usual breakfasts from my life in Paris) — and added flavours from my heritage, like black sesame into religieuses and baked toasted soybean powder on shortbread.

It’s truer than we think, that we are what we eat. Because everything I’ve eaten, every new dish, every celebration around a table, every bowl of long noodles in black bean sauce, has formed who I am. In fact, everything my grandfather had eaten, and my grandmother, and their grandparents has as well, I’m sure. Their meals are footsteps that carried me to where I stand. Their dishes have become mile markers on this road that I find myself on. And so it is with the food I have cooked and shared with others, whether at my own dinner table, or at the bakery. I’m sure that I have placed a marker on someone else’s path at some point too.

Many have asked me over the years as I’ve travelled, “what is Canadian food?” As a writer, I’ve even written articles on this very subject. And I think now, more than ever, I stand firmly in the same answer. Like the lo song tong, Canadian food is simply a network of roads covered with mile markers. It is our history, the dishes that make us crave home, cooked with ingredients grown in the soil on which we build a new home, cooked for those who have built their homes beside us. It is our heritage and our community, a story still being told, all in the form of food.

But let us not miss the most crucial part of this equation: that this, this Canadian culture, this Canadian food is created only through the sharing of it. Let us cook and plant markers on each other’s roads, create new roads to explore, roads that lead us to delicious meals together.