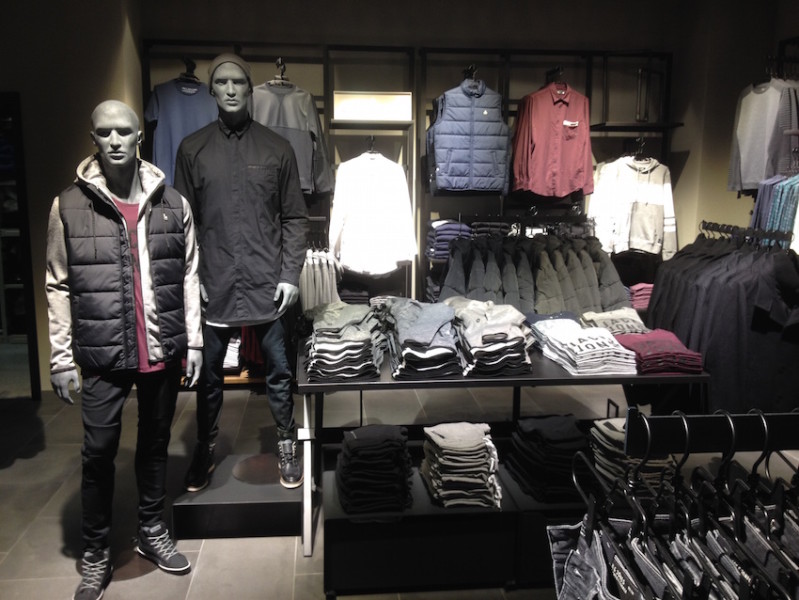 The new 2,520 sq. ft. store, the fourth Vancouver-area location for the retailer, is located on the mall’s lower level adjacent to the recently opened expansion below Nordstrom. 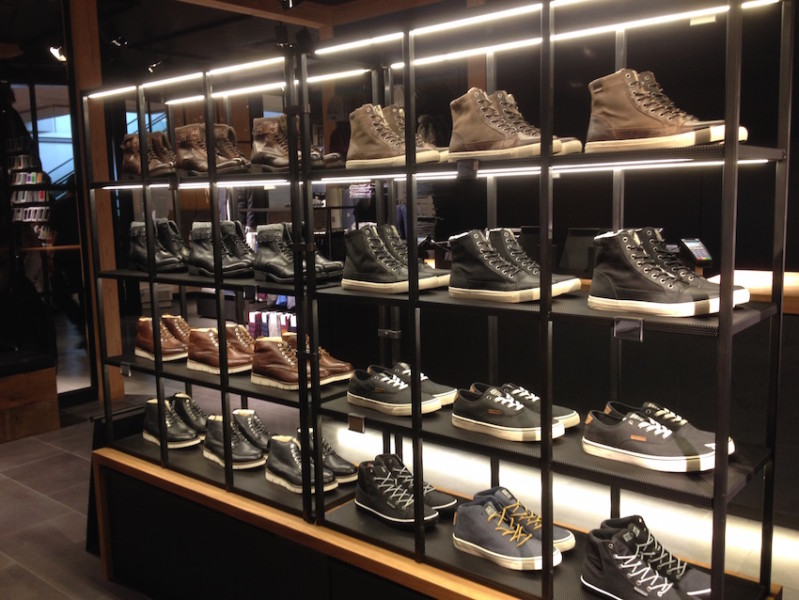 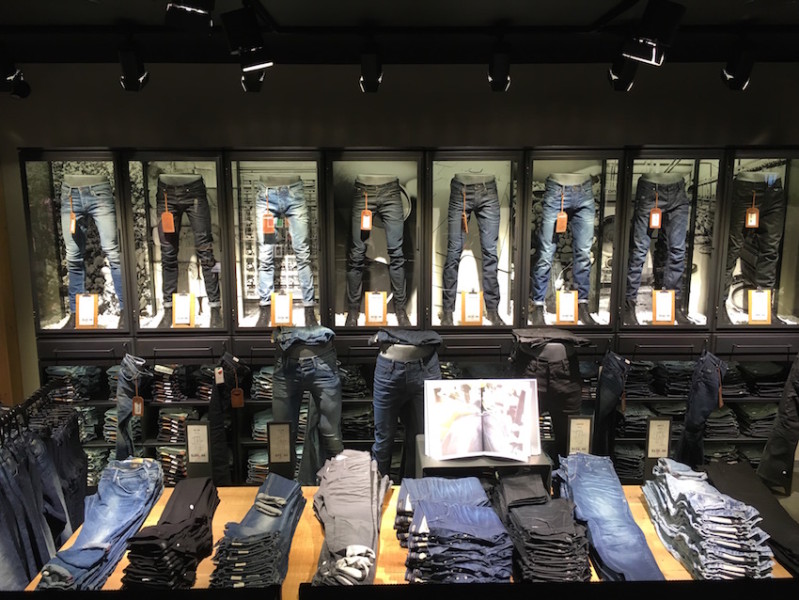 The interior of the Jack & Jones flagship features grey stone flooring, rugged wood trim, and overhead lights that contrast with the store’s dark ceilings. The overall feel is subdued and masculine, with each of the Jack & Jones lines featured in their own dedicated sections.