Isle of Dogs is a charming and witty fable about the love between a dog and his master told through Wes Anderson’s signature doll house aesthetics, painstakingly crafted puppets, and an A-level vocal ensemble. It’s a quirky and thought-provoking masterpiece. 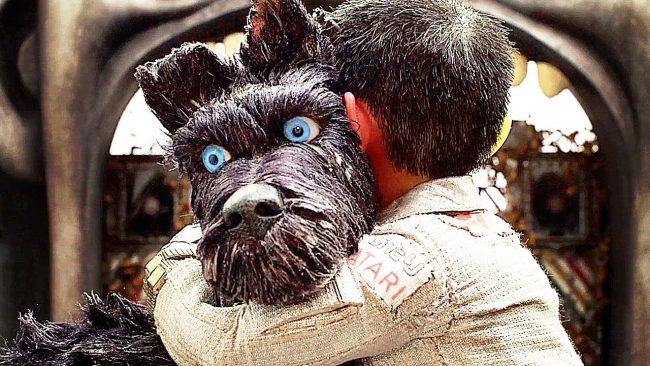 I’ll admit Anderson’s work can be a tad hit or miss and largely depends on what classic director he happens to be obsessively trying to emulate at the time. It appears Anderson’s recent fascination has been classic Japanese cinema like Kurosawa’s The Bad Sleep Well or Ichikawa’s Fires on the Plain. Those films appeared to have some influence on his newest feature, but whatever inspired him, Isle of Dogs is Anderson at his most enjoyable. 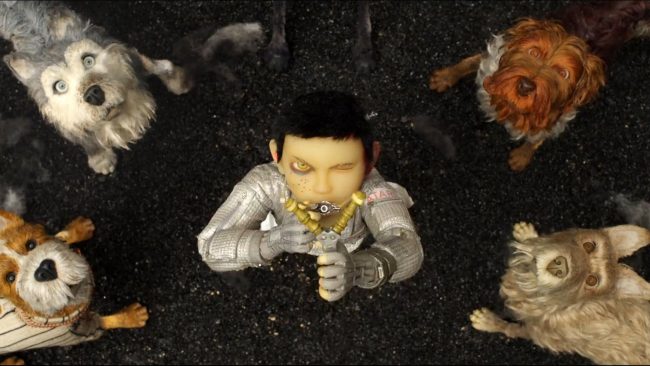 The story takes place in Megasaki City where an outbreak of canine flu has put human life at risk. The Government lead by Mayor Kobayashi (Kunichi Nomura), who happens to be more of a cat person, passes a law that would send every canine to Trash Island.

Atari (Koyu Rankin), a 12-year-old boy and the Mayor’s ward, loses his guard dog, Spot (Liev Schreiber) to exile. Atari isn’t having any of that so he gets into his miniature plane and crashes on the island hoping to save his long-lost furry friend. While on the search, he is helped by a group of one-time pets and a stray dog named Chief (Bryan Cranston) who take pity on Atari’s desperate plight to find his dog.

There is a lot going on in the story but it’s simple to follow thanks in large part to the film being broken into separate parts along with convenient flashbacks to give audiences some of the backstories. 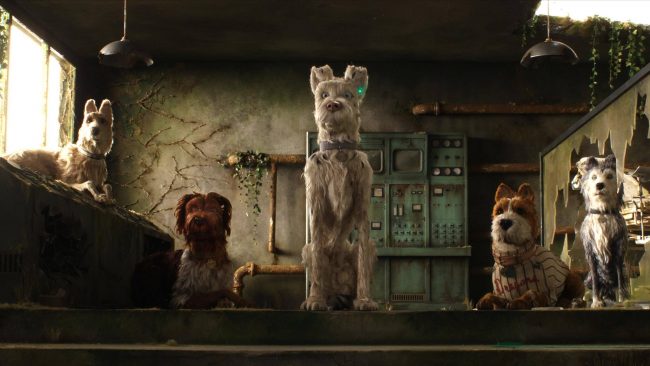 Anderson also makes a bold choice by having all the human characters speak in their native tongue, with only some of it being translated mostly by an interpreter named Nelson (Frances McDormand). This sometimes leaves the audience trying to decipher what the characters are saying through the emotion of the puppets.

The dogs, however, speak English and can’t understand Japanese. While some misinformed critics have pounced on this device to call out racial insensitivity, the director didn’t feel dogs and humans should speak the same language. So, as it says at the beginning of the film, humans will speak in their native tongue and “all barks have been rendered into English.”

This story of loyalty and hope is fun for the whole family. There are a couple of darker moments that might be too much for the very young, but overall, it’s a safe family film. In fact, I would say it’s one of the most unique and original stories we’ve seen in the genre in some time. It will win over adults and kids alike, without feeling like its catering specifically to either. 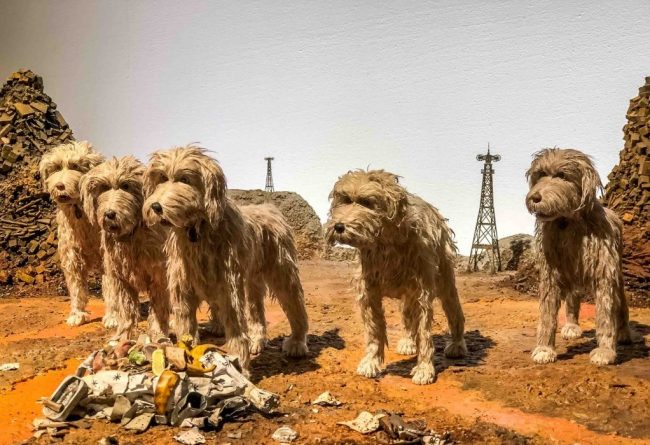 Isle of Dogs is mostly stop-motion animation, but Anderson also sprinkles more traditional animated elements throughout. The film is gorgeous to look at and the attention to detail is second to none. There is so much going on in each frame that a movie like this needs multiple viewings. It’s completely immersive and takes you on a fascinating trip visually and musically, highlighted by a gorgeous score from Oscar-winning composer Alexandre Desplat (The Shape of Water).

What’s unique about this film is we get to see the activist side of the writer and director. Without banging you over the head or getting too preachy, Anderson cautions against the marginalization of minorities who are blamed for all of society’s ills. It’s a tale of the consequences of rampant fear of outsiders, told through the lens of a dystopian future.

It’s rather impressive that Anderson can present despair from such fanciful material. He is able to maintain humor and heart throughout while at the same time presenting a depressing vision of an inhumane political landscape. What it ends up being is a unique children’s story of hope and optimism in the face of political turmoil and misery.

This is one of the best films of the year and gets a 4 out of 5.

It’s playing on limited release and is currently playing in Vancouver, Montreal, and Toronto. Calgary and Edmonton will have to wait until April 6th and the rest of the country on April 13th.

Playing in limited release, PG-13 (for thematic elements and some violent images), 101 minutes in length.