Most people love sports and Vancouver is lucky to have a few professional teams one could go out and support. However, while sitting in my media section for a local sporting event I was covering, I looked around at the lower than expected attendance and wondered, is Vancouver a true sports town?

Many have said that cities like Chicago, Boston, LA, Green Bay and even Seattle are some of the American cities that could be considered as places who have a thriving sports community and sporting culture.

In Canada, although we hate to admit it, Toronto can be considered a great sports city. You just have to look at how awful the Maple Leafs have been over the last decade but yet they still sell out every game. Even Calgary has been heralded as an excellent place to watch and host sporting events.

So what does it mean to be considered a sports town?

In my opinion, it’s not just about winning championships; sorry Edmonton “City of Champions” you don’t make the cut. For me, it’s more about tradition, passionate fan base and the overall culture of the city and how they embrace a team.

Here in Vancouver we are lucky to have a few professional sport teams for our viewing pleasure, but do we truly support and love them as much as other cities across North America love their sports teams?

Sure, we had the 2010 Winter Games where the Olympic fever and national pride that flowed throughout the city was something to behold. It was the passion for that one event that showed Vancouver in a positive light. Yet all of that goodwill and momentum came to a crashing halt when a bunch of crazies decided to loot and riot in the city streets following game seven of the 2011 Stanley Cup final.

Vancouver is a large hockey market. Our sprawling metropolis supports the Vancouver Canucks with religious zeal but the ambiance in Rogers Arena the last few years can be compared to Friday night mass.

Vancouver can be a great sporting community but overall it lacks the flare or passion that you see in other cities around the globe.

I decided to chat with a couple of my favorite local sports media people to ask what they thought of my question, is Vancouver a real sports town?

Matt Baker (@BakesTakes84), who hosts and produces at the TEAM1040, has been to Super Bowls and all sorts of sporting events throughout North America. So I asked him, how does Vancouver stack up with other cities?

I would have to say New York and Indianapolis are the two best sports towns I have attended events in. The Bay Area is right up there too.

Although hockey is king here, the Canucks played in front of crowds as little as 12,000 in the Messier era, and averaged less than 9,000 per game in the mid-late ’80s. Even since the downfall of 2011, crowds and atmosphere have started to dwindle.

At the 2007 Memorial Cup, the games that didn’t involve the host Vancouver Giants did not sell out. We also lost an NBA franchise in 2001.

To me, a sports town means all of their teams get great support, win or lose, and the fans are very passionate and knowledgeable about all of their sports.

I think “event town” is the best way to describe Vancouver. The Grey Cup is here this year and it will do fantastic. You saw the support for all the Olympic events, not just hockey. 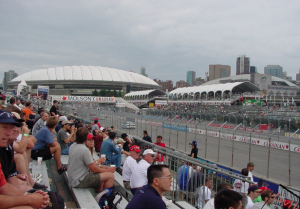 When you hear people say “I miss the Molson Indy,” I don’t think they are all hardcore racing fans per se, it’s just that it was a great event, with great parties, and great people. It’s the experience of it that people miss.

When it comes to staging events, Vancouver is without a doubt one of the best but I don’t consider Vancouver to be a true “sports town.”

There you have it from someone who knows and covers the Vancouver sports scene closely. But out of fairness, I decided to look for a second opinion and called upon Vancity Buzz’s very own Rob “The Hockey Guy” Williams (@RobTheHockeyGuy) for his take. As predicted, Rob stands behind his city when asked can Vancouver be considered a true sports town?

Sure, why not? I know this city has a reputation of having a fickle fan base, but we support our teams pretty well I think.

The Canucks are huge in this city, but we are more than just a Canucks town. The Giants have been a model franchise in the WHL and the Whitecaps have been a smashing success in MLS.

The Vancouver Canadians sellout on a regular basis and the BC Lions have been as stable as you could hope for in the CFL over the last 10 years. Vancouver is a laid back city, but we do support our teams.

It’s tough to say what the true definition is of “sports town” is. I think some people consider it being knowledgeable about the sport and others look at how loud your fan base is. For me, it’s all about how much fans care about their teams.

Of course big cities get an unfair advantage because they have more people, but still you would have to consider New York, Boston and Chicago sports towns. I would put Seattle and Denver in that category too.

Here is my take. Although Vancouver has shown some support for their sports teams, what happened to the days where BC Place would be full to watch a Lions game or even the Whitecaps? Why is only selling out the lower bowl considered a success these days when just down the I5 in Seattle they are getting 50,000 + people out for a Sounders game? 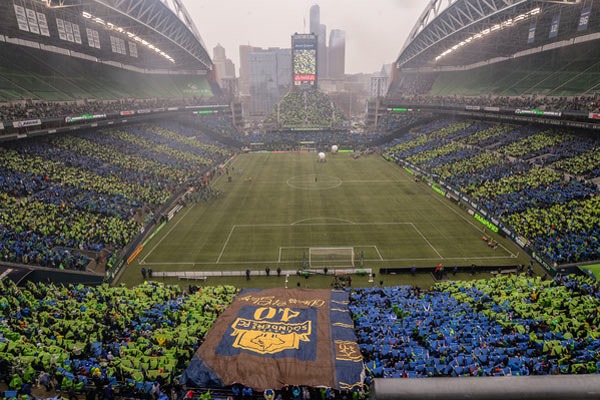 There are way too many bandwagon jumpers and fickle fans in Vancouver that it’s hard to say that this is a city with a ton of passionate sports nuts.

You only have to look at Canuck Nation where most of the fan base live and die with the hockey franchise but once the losing begins, a lot of fans disappear back into the closet.

There are cities out there that will support their team win or lose. They back their team because it is part of their DNA and they understand that there are ups and down with most professional sports franchises. Vancouverites do not show that kind of loyal support. It’s win or bust.

This city has the potential to be a great sports market, as there are glimpses of that passion from time-to-time. There is also a large number of people and kids who get involved in athletics all over the Lower Mainland, so at least we are out there participating and enjoying the wonder of sport.

What say you? Do you think Vancouver is a true sports town? Make your opinion known on our Facebook Page, Twitter or the comment section below.