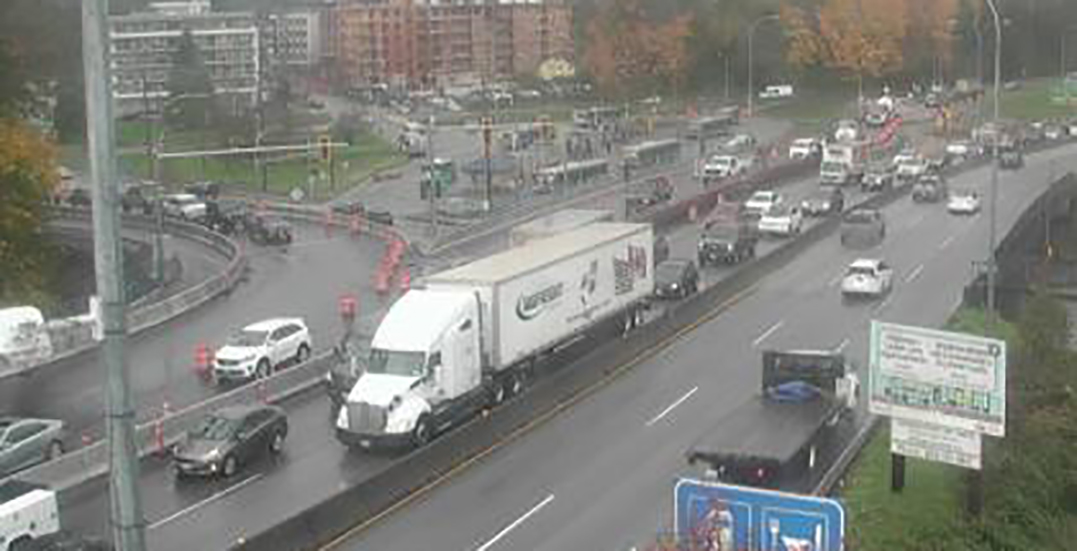 A new on-ramp from North Vancouver to the Ironworkers Memorial Bridge has caused a flurry of traffic problems since opening, and according to drivers, it has made the commute even worse.

Construction for the project started in Summer 2020. The new interchange combines the former Dollarton Highway on-ramp with the Main Street on-ramp. It now uses alternating traffic lights so that drivers and buses coming from Dollarton can enter an eastbound lane of the bridge without having to merge or weave into oncoming traffic.

“The Main Street/Dollarton Highway Interchange is the most heavily used interchange and its current configuration creates a choke point for drivers travelling to the Ironworkers Memorial Bridge,” reads the BC Government’s website.

The new on-ramp is meant to improve safety while reducing traffic and congestion. But one driver says that on opening day, that was far from the case. 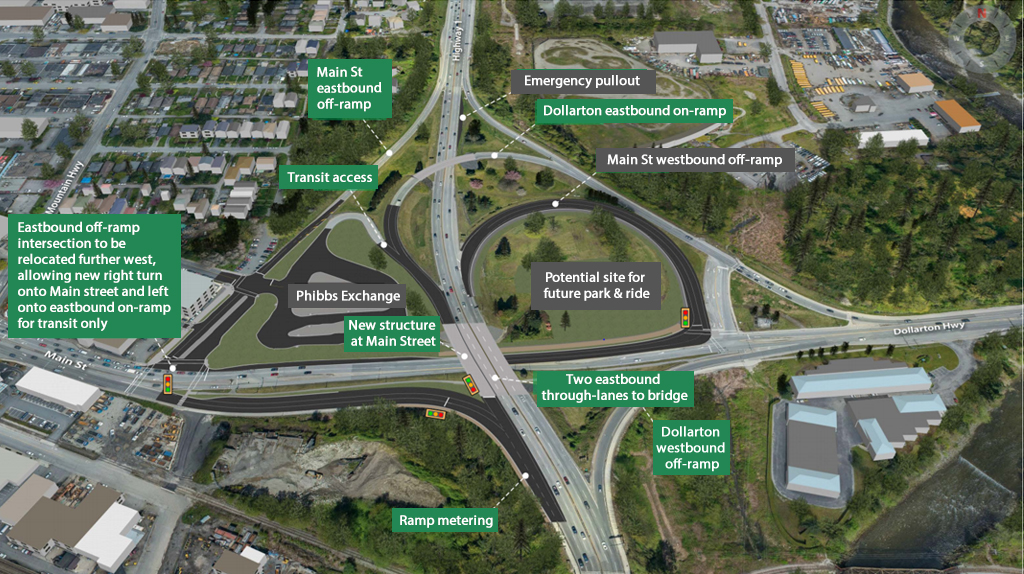 A visual breakdown of the Highway 1 Main Street/Dollarton Interchange (BC Gov).

Mickey Ho works on Lower Lonsdale in North Vancouver and lives in North Burnaby. He was one of the many drivers to use the new interchange when it opened on Tuesday, and he says it took more than two hours just to get from Lower Lonsdale to the Ironworkers Memorial Bridge.

“I try to leave around 3 pm every day to beat the traffic,” he tells Daily Hive Urbanized in an interview. “Normally, it’s a 20-minute drive if there are no cars. That particular day, it ended up taking like three-and-a-half hours to get home and two-and-a-half hours just to get to the bridge.”

Ho says that he thought there had been accidents causing the delays on his drive home, adding that he sat at one intersection for several traffic light cycles without moving at all.

“Eventually I got up and saw that there was a light there,” he explains. “That new light slowed everything down. And of course, you get people in the other lanes that budge in and make it that much worse.”

Ho describes it as a “frustrating experience,” and he doesn’t appear to be alone. Several other drivers have taken to social media since the Interchange opened to share their disappointment.

Worst traffic area ever and now they put lights. What a mess

The BC Ministry of Transportation even addressed the issues surrounding the Interchange shortly after it opened.

In a statement issued on Wednesday, they explained that the new traffic lights use “an adaptive signal system that adjusts to current traffic conditions.”

The transition to the new system can only be completed in stages, and the Ministry says that “impacts will be unavoidable” for another few weeks until they complete the on-ramps final paving, line marking, queue sensor installation and signal timing adjustments.

They add that they’re monitoring traffic on a daily basis and trying to identify areas where they can improve traffic flow. They also stress that they’re completing the project as “quickly as possible.”

“Understanding the significant inconvenience drivers have experienced throughout construction we are committed to completing this integral component of the Lower Lynn Improvement Project as quickly as possible.”