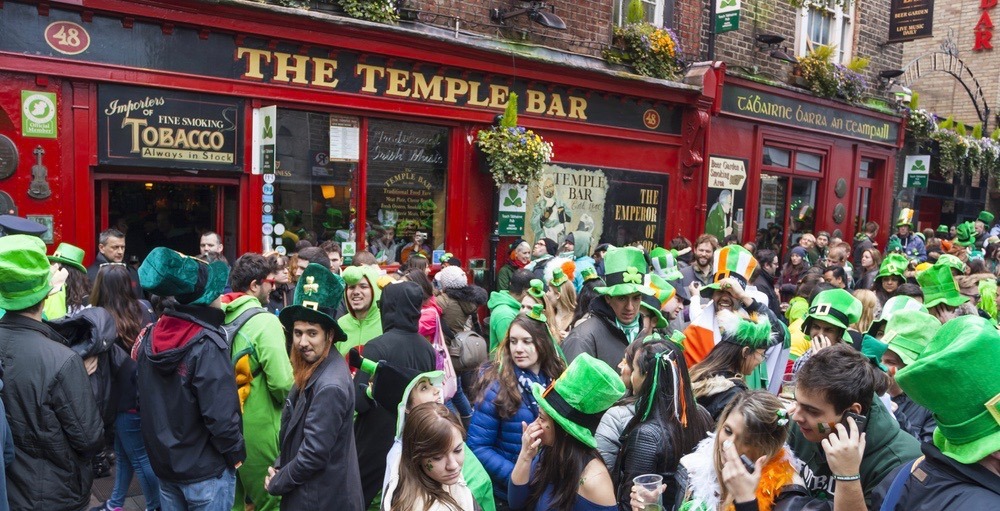 Editor’s Note: First things first, this post was written by a native Irish woman. Not like she was born there and then moved to Canada, Irish. More like she showed up a couple years ago from Dublin with Guinness for blood and an accent none of us could understand. Seriously, we didn’t even know she wanted to write this post because we couldn’t figure out her damn (beautiful) lilt. So before you get all my-grandfather-on-my-mother’s-side-was-half-Irish on us and start claiming any of these expressions are off or wrong – they’re not. So sit down, grab a bag of cans, and get ready to have the craic.

St. Patrick’s Day is almost upon us.

You know, the all-green, everything Irish celebration of a great saint posing as a massive party? Yeah, that’s the one. And if you’re planning on celebrating it in Canada, you’re going to want to do it big.

There’s a phrase you’ve probably heard at sporting games: “You’ll Never Beat the Irish”, it’s from a famous song of the same name by an Irish folk band. This coming Saturday, March 17 you’ll probably hear it again, so we say (in Ireland); if you can’t beat them, join them!

If you’re going to be celebrating like the Irish (or just with the Irish) these are some of the phrases you’ll definitely want to know. 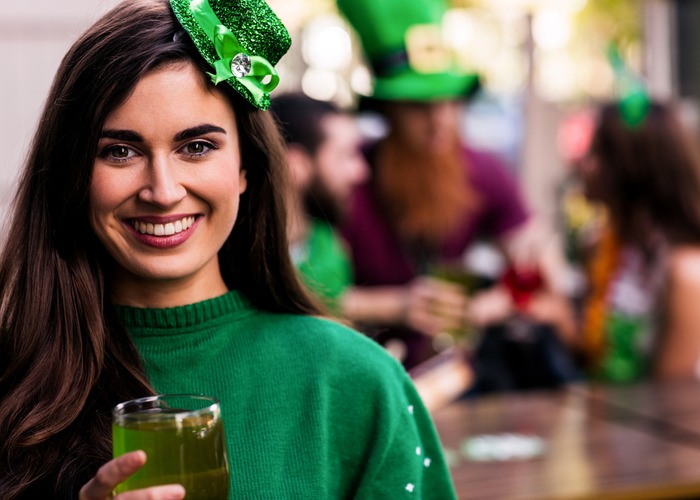 Firstly, you might want to know that Irish people generally say Paddy’s Day. It’s less formal so you’ll have more of a chance of sounding like you’re Irish if you say it.

When you see your friend or an Irish stranger ask them this. It’s a cooler way of asking “how’s it going?” Craic is a word used for fun/enjoyment as Gaeilge (in the Irish language). It’s pronounced “crack” but doesn’t refer to narcotics in the slightest.

You can easily express how funny you found someone’s joke or an incident that just happened by saying “gas” or “that’s gas.” Irish folk will know that you’re obviously not referring to natural gas.

A good dance party where you’ll find plenty of people up doing Irish jigs and reels. If you’re planning on doing Paddy’s Day jig make sure you channel your inner Micahel Flatley, the greatest lord of Irish dancing.

If you don’t already know, the word ‘grand’ is heavily used by Irish people. Why? Well, it’s so brilliantly universal, that’s why. In Irish context grand means “great,” “fine,” “not too bad,” “awesome,” “top of the pops,” “happy out,” or simply “okay.”

In conversation: “Ah it [a pint, night out, career choice, etc.] was grand, not bad at all.”

While you probably won’t want to use this word on Paddy’s Day, it could come in handy somewhere down the line. It refers to a wheeler-dealer, businessman, trader, politician, or put simply, to call someone foolish or “awful silly.” 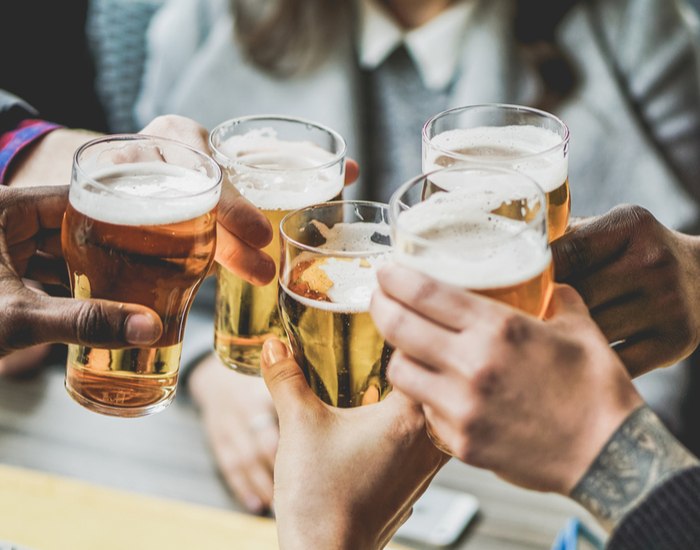 These words refer to the size of the bottles of spirits you’re planning on buying/drinking. Canadians generally say “mickeys” and “half-mickeys” and the difference in size can make or break your day so be wary.

What are you going to use as the mixer for your drink? “Minerals” refers to soda, “pop,” or fizzy drinks that the party planner will pick up when they’re getting ‘the messages’ (groceries).

A simple translation. Its beer, in can form, carried in a bag on Paddy’s Day and after any trip to the “offo” (liquor store) throughout the year. If you’re suggesting that you’d like to go and get some booze at the offo, you could also use this as a question: “Bag of cans?” 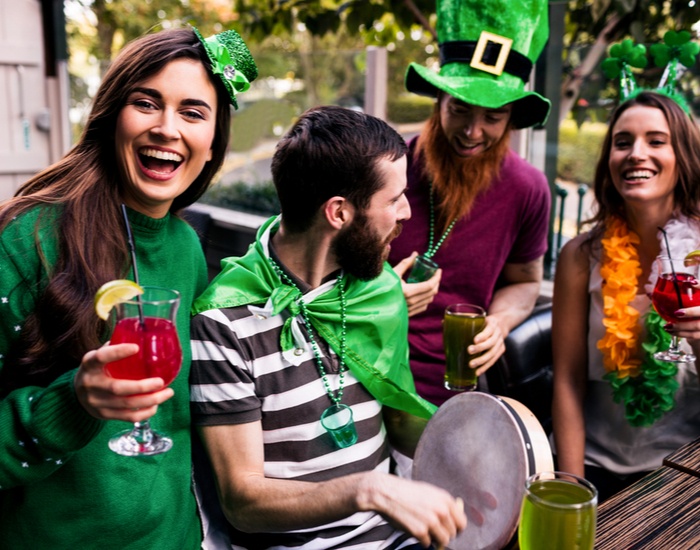 Ah, sure look it

When things are going good or bad, “ah sure look it” can be the answer. You don’t have to commit to commenting on something someone just said but it does show that you’ve listened and in a way, said “that’s grand.” It’s also helpful to use if you have no idea what someone just said in conversation. Smile, nod, you know the rest.

Go away outta that

If you’re in a sheer state of disbelief at something your pal just said, or if you think that they’re joking about something, this is the perfect thing to respond with.

No, we’re not talking about an Olympic ski jumper, this is what you’ve got on over your shirt. Some may call it a sweater, but in Ireland, it’s jumper all the way. If you want to see a real-life jumper depicted in a classic Irish comedy show called Father Ted, click right here.

Was it any use?

Maybe there’s a big game happening on Friday night and you’ll be chatting away to someone on Saturday who attended. You can say ‘was it any use?’ instead of the typical “how was it?” This phrase is used in Ireland all the time.

This Gaeilge focal (Irish word) translates to money. Irish people have some interesting ways of speaking about money. You could reference it as “airgead” or “quid” and give the notes the recognition they deserve:

It’s only natural to express the fact that you’re feeling super tired. But instead of saying it straight, you can go with another word used by the Irish, like “knackered.” It’s a great one to use if you’re working flat out while living your best life. 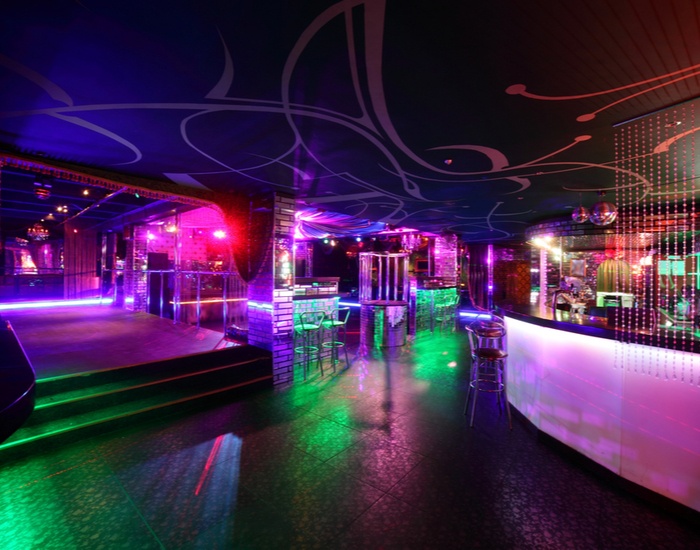 This lovely phrase is referencing the bathroom. So you could say, “Going to the Jacks, I’ll be back in a minute”, if you’d like to let your buddies know where you’re going when you leave the table. (They might think that you’re going to the bar so it’s good to clarify that you’re not).

‘Drunk’ in Gaeilge is “ar mesice,” the way you could be feeling after a beer or three. But you don’t have to say the word in Irish, there are a bunch of others which equally convey that you’re hammered.

If you’re telling your friends that you’re going to go home “in a minute” but you really mean that you’re having at least two more drinks before you go, this is the phrase to use. “Ah, I’m heading home soon, I’ll have just the one.” Then you’re spotted on the dance floor an hour later.

You may never have thought of it but this refers to “making out.” If your friend meets the love of their life on Paddy’s Day, they’ll likely be  shifting by the end of the night.

When you wake up after a wild night on the tiles and you’re afraid to look at your bank account to see how much money you’ve spent, when you recall getting food at McDonald’s at 4 am, and you feel like you’re actually dying, this is “the fear.” It’s over-dramatic, OTT, and everything else in between a bad hangover.

Use this one when you’re raising a glass to good old St. Patrick. Sláinte is Gaeilge for “good health.” Cheers to that!