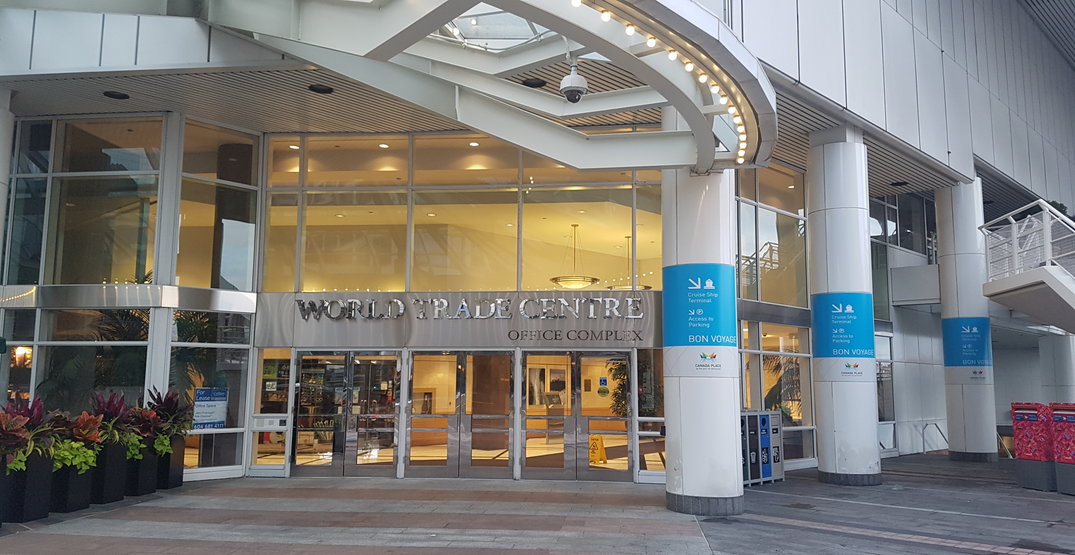 The Irish Government has opened a Consulate office in Vancouver in response to the growing number of its citizens living in the city.

Official figures are difficult to track but the Irish Ambassador to Canada, Jim Kelly, estimates that 15,000 Irish people live in Vancouver, with a further 5,000 transient residents arriving each year under the International Experience Canada (IEC) two-year work permit.

Speaking to The Daily Hive at the official opening Monday, Kelly said Vancouver has seen a “huge surge,” particularly of younger Irish, into the area in the past few years.

“It began during the economic crisis when one to two year working visas first became available in large numbers for Irish people coming to Canada,” he said.

“But what’s interesting is that it has sustained well beyond that. This is the fourth year of sustained growth in Ireland, but Irish people are still coming here.”

The prospect of increased trade links between Ireland and Canada – particularly in the technology sector – made possible under the EU-Canada Comprehensive Economic and Trade Agreement (CETA), is another reason for the new Consulate. 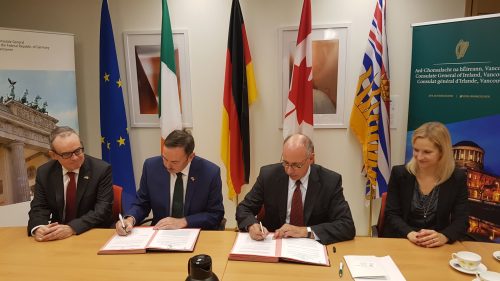 The Irish Embassy has been based in Ottawa since 1950. The Vancouver Consulate is Ireland’s first residential mission in Canada in almost 70 years. It is based in The World Trade Center at Canada Place in a shared space with the Consulate General of the Federal Republic of Germany.

The Irish Minister for Foreign Affairs and Trade, Simon Coveney, who has family living in Vancouver, described the opening of the Consulate General of Ireland as “a hugely welcome development, which reflects the strength of the Ireland-Canada relationship.”

“In enhancing Ireland’s presence in Canada, we are further supporting the vibrant Irish community in the region; and our strong and growing economic and trade relationship,” Coveney said. 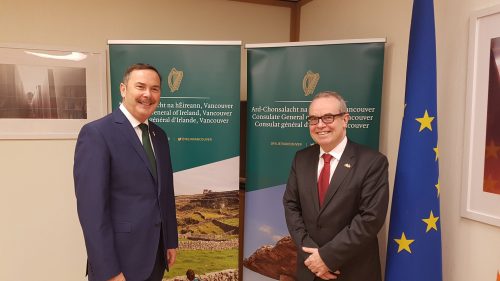 Irish Ambassador to Canada, Jim Kelly (right) and Consul General, Frank Flood at the opening of the new Irish Consulate in Vancouver.

Victoria Hayes, the Assistant Executive Director of the BC Government’s Ministry of Jobs, Trade and Technology welcomed the new Consul General Frank Flood to BC.

She touted the opportunities that CETA has created to increase trade between BC and Ireland, especially when it comes to the technology sector.

“Like BC, Ireland has a strong technology eco-system. We look forward to working together further,” she said.

Kelly says the new Vancouver consulate puts officials in close contact with Irish citizens in BC.

“Ottawa is a five-and-a-half-hour flight from Vancouver so there’s only so much that an embassy in Ottawa can do to serve a growing community in Vancouver,” he said.

During his first six months, Consul General Flood intends to work with semi-state agencies in Ireland, the Irish Vancouver Chamber of Commerce and various Irish community groups in Vancouver to determine how best the Consulate can serve the growing Irish community in the city.

He hopes the Consulate will become “a focal point” for the Irish residents in BC and concluded that Vancouver “must be one of the nicest places to live.”